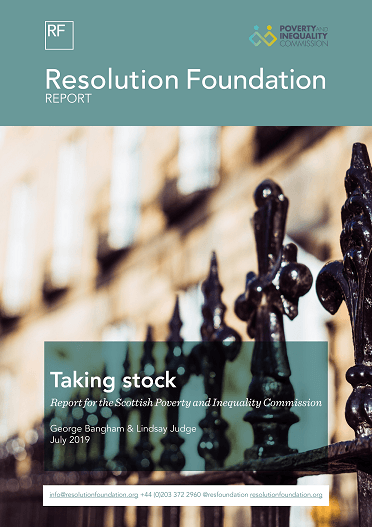 There has been a growing appreciation in recent years that living standards are determined not just by income (the flow of money into a household) but also by wealth (the stock of assets a household owns). Wealth can take various forms: it can be held in financial instruments (for example, a savings account or as shares); in a private pension; or as a physical asset (for example, land, an art work or piece of jewellery). But the most visible way that households accumulate and store significant amounts of wealth is through the ownership of their (or others’) homes.

Compared to income, wealth has generally been poorly measured – unsurprising given that it has only recently become the subject of serious study. As a result, erroneous or unexamined views about the topic are widespread. In this report, we bring together a wide range of data sources to take a long, hard look at both the scale and distribution of housing wealth in Scotland over time. In light of the evidence, we then reflect on a number of ways that Scottish policy makers could address the growing concerns about the scale and impact of housing wealth inequality.

Cutting back to keep warm
Why low-income households will have to cut back on spending by three times as much as high-income households this winter
15 August 2022
·
Karl Handscomb, Jonathan Marshall
Living pensions
An assessment of whether workers’ pension saving meets a ‘living pension’ benchmark
28 July 2022
·
Nye Cominetti, Felicia Odamtten
Arrears fears
The distribution of UK household wealth and the impact on families
20 July 2022
·
Molly Broome, Jack Leslie
Back to top