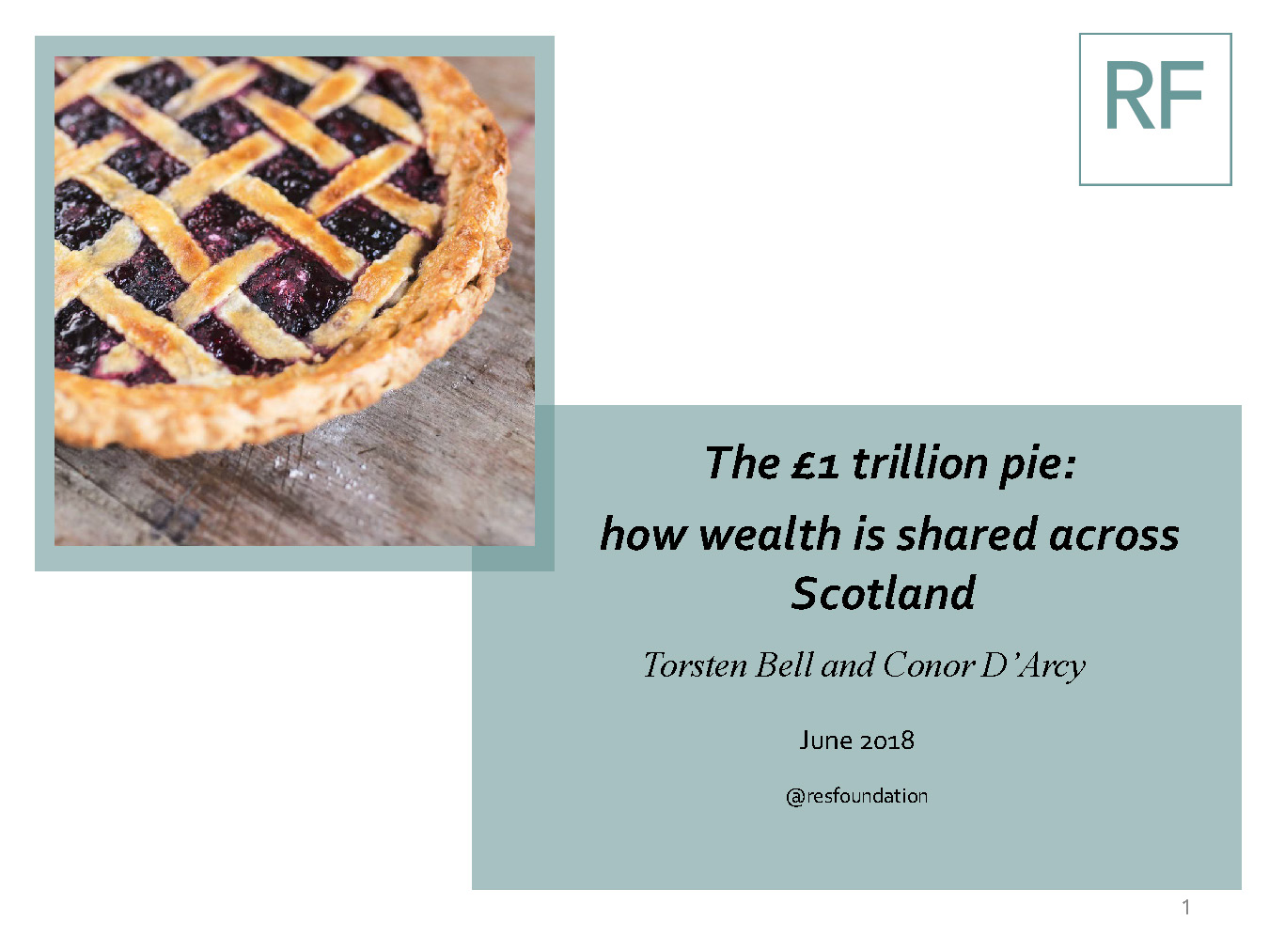 The wealth of Scottish households has grown rapidly in recent years and now exceeds £1 trillion for the first time. But from a living standards perspective, what matters is how that wealth – including property, pensions and savings – is shared.

The report explores some of the key inequalities when it comes to wealth in Scotland, highlighting:

The report argues that wealth should play a bigger role in the national conversation when it comes to inequality, but also as a potential source of tax revenues to address the issues Scotland faces.