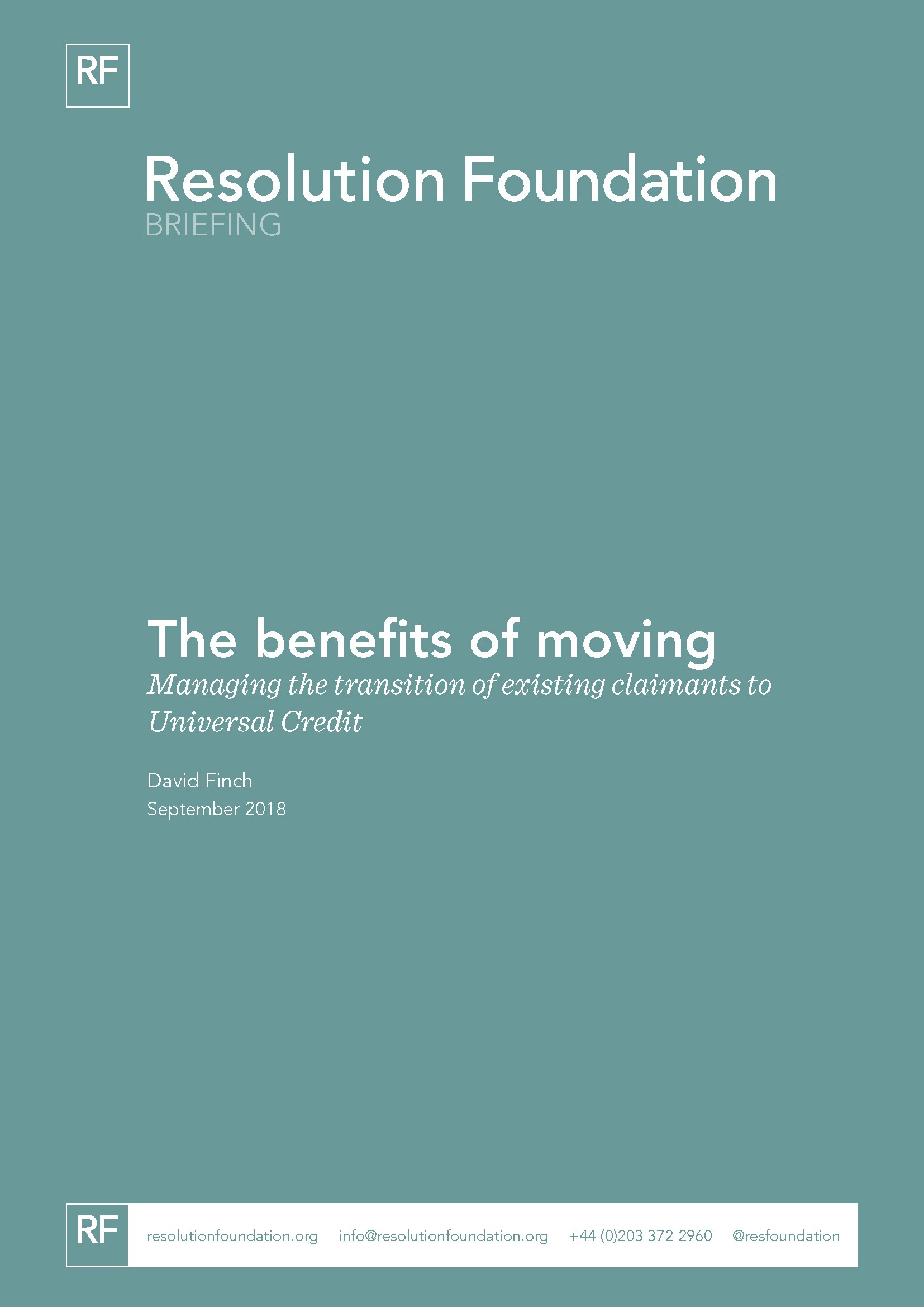 The long implementation of Universal Credit (UC) has been far from smooth and we’ve become all too used to negative stories about roll-out delays and, more seriously, payment problems and financial hardship for those accessing the new system. The government, however, is likely to have been cheered at least by the fact that the roll-out has picked up pace in recent months, with the full system set to be in place across all job centres in the UK by the end of the year. But implementation is shortly to enter its next and, arguably most difficult, phase: ‘managed migration’. This brings new risks, but opportunities too.

To date, all UC claims have been made by people who are newly entitled following a change in their circumstances. This ‘natural migration’ will continue over the coming years, but will be supplemented from the middle of 2019 by the gradual transition of existing benefit recipients onto UC. Successfully implementing this managed migration will be key if UC is to stand any chance of becoming accepted as an improvement on the current system.

Sharp budget cuts and significant processing issues have acted to erode many of the hoped-for gains associated with the introduction of UC, weakening what was once solid cross-party support. Going forward, the government must ensure it protects what now represents the main remaining argument for persisting with such a major programme of welfare reform; namely its potential to boost benefit take-up among recipients. This could be very significant, with the OBR estimating that 700,000 families could benefit by a total £2.9 billion a year under UC as a result of receiving all the support to which they are entitled.

Yet UC’s reputational issues put this gain at risk, with mistrust of the system potentially putting families off making claims in the first place. With that in mind, this note considers how best to avoid further implementation difficulties over the course of the managed migration – setting a course that instead gives UC the best possible chance of coming to be seen as a positive step forward.

In doing so we are clear that the managed migration process and support offered through transitional protection should not be used to fix wider problems with the generosity of the scheme. Those features – such as the now overall lower generosity for working families – should be addressed for the entire UC caseload, not temporarily for a minority of cases involved in the managed migration.