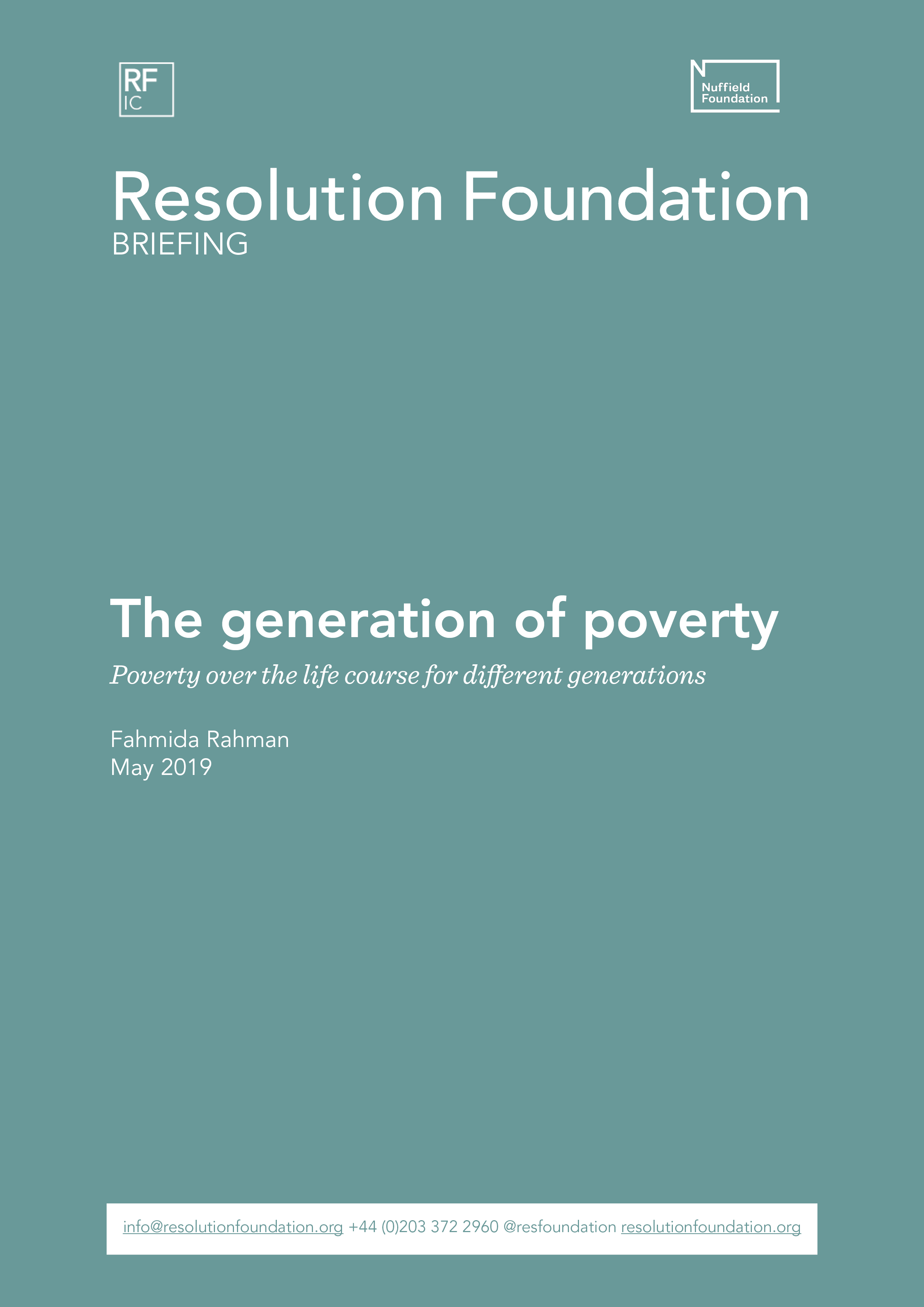 Poverty is an age-old problem, but its prevalence has shifted greatly over time. As inequality grew rapidly throughout the 1980s, relative poverty grew with it, peaking at 25 per cent in the mid-1990s. At this time, poverty was the hot-topic issue. However, attention had since begun to decline as shifts in the economic and policy backdrop meant that circumstances were improving. But today, with expectations of rising child poverty, and a broader debate about inequality gaining traction, the issue has re-entered mainstream public discourse.

The Generation of Poverty – a report funded by the Nuffield Foundation – examines how poverty has changed over the course of people’s lives over the last six decades. It notes that while, on average, people have been most likely to face poverty in early childhood or late retirement, patterns of lifetime poverty have changed considerably for different generations.