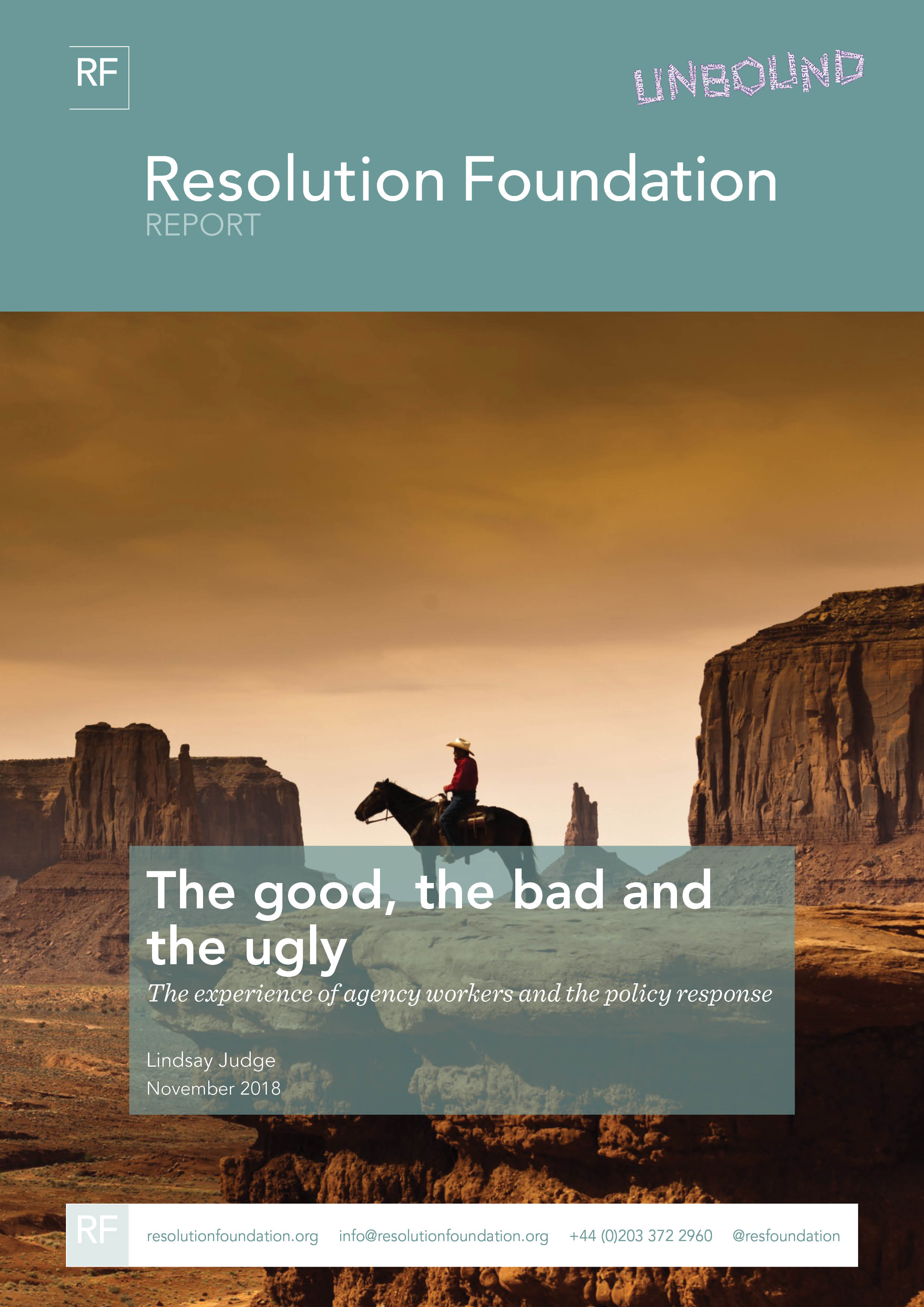 In December 2016, the Resolution Foundation published its first report in a new programme of work exploring the world of agency workers. Despite the fact that agency work has been a feature of the UK labour market for at least a century, it has been the subject of limited research especially compared with recently emerging ways of working such as zero hours contracts and the gig economy. Our initial work showed that agency workers are a plural group (although they are disproportionately likely to be young, low skilled, from an ethnic minority or foreign born); that they work across all industries and occupations (especially manufacturing, transport, warehousing and communications); and that they are found across the pay distribution (although there is a downward effect on pay attached to being an agency worker).

We called this first report ‘Secret agents’ because there was so much about agency work that remained obscure. What explained the rising number of agency workers in the economy, for example? Why did so many agency workers consider themselves ‘permanent’ rather than ‘temporary’? Was the pay penalty we discovered willingly accepted by agency workers, or was this something they simply lacked the power to resist? In December 2017 we ran three focus groups with agency workers to explore these and other questions, and tested the insights we gained from this exercise through additional data analysis. What emerged was a truly plural picture, with good, bad and ugly practice regularly encountered throughout the agency worker world. This report captures this, and considers how policy makers can best navigate the complex reality that we reveal.

After shocks
Financial resilience before and during the Covid-19 crisis
·
Maja Gustafsson, Kathleen Henehan, Fahmida Rahman, Daniel Tomlinson
Uneven steps
Changes in youth unemployment and study since the onset of Covid-19
·
Kathleen Henehan
Migration during the pandemic
Have 1.3 million migrants really left the country?
·
Greg Thwaites
Back to top