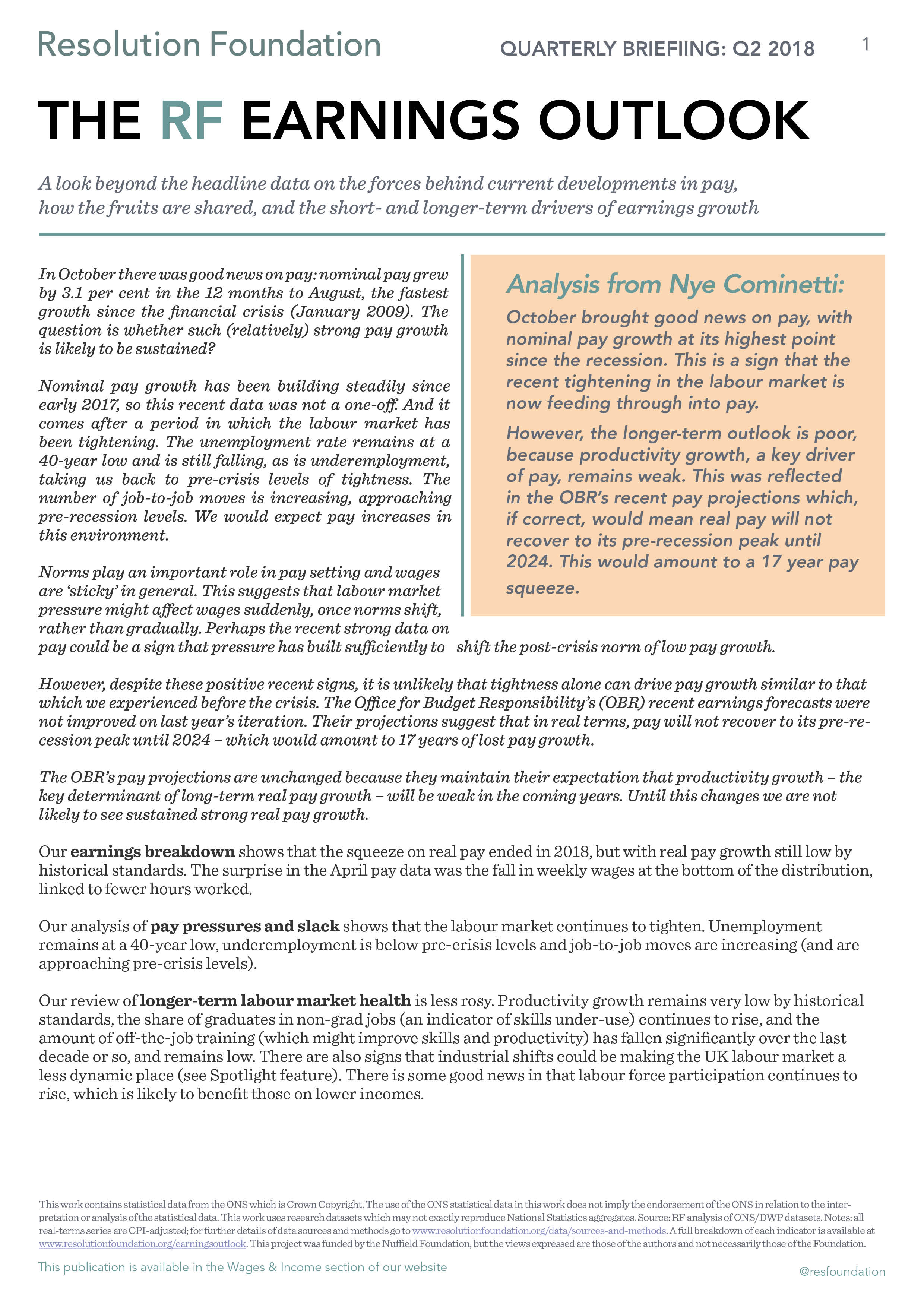 In October there was good news on pay: nominal pay grew by 3.1 per cent in the 12 months to August, the fastest growth since the financial crisis (January 2009). The question is, is such (relatively) strong pay growth likely to be sustained?

Nominal pay growth has been building steadily since early 2017, so this recent data was not a one-off. And it comes after a period in which the labour market has been tight and tightening – the unemployment rate remains at a 40 year low and is still falling, as is underemployment. The number of job-to-job moves is increasing, approaching pre-recession levels. We would expect pay increases in this environment.

Norms play an important role in pay setting and wages are ‘sticky’ in general. This suggests that labour market pressure might affect wages suddenly, once norms shift, rather than gradually. Perhaps the recent strong data on pay could be a sign that pressure has built sufficiently to shift the post crisis norm of low pay growth.

However, despite these positive recent signs, it is unlikely we have entered a new era of strong pay growth. The OBR’s recent earnings forecasts were not improved on last year’s iteration. Their projections suggest that in real terms, pay will not recover to its pre-recession peak until 2024 – which would amount to 17 years of lost pay growth. The OBR’s pay projections are unchanged because they maintain their expectation that productivity growth – the key determinant of long-term real pay growth – will be weak in the coming years. Until this changes we are not likely to see sustained strong real pay growth.