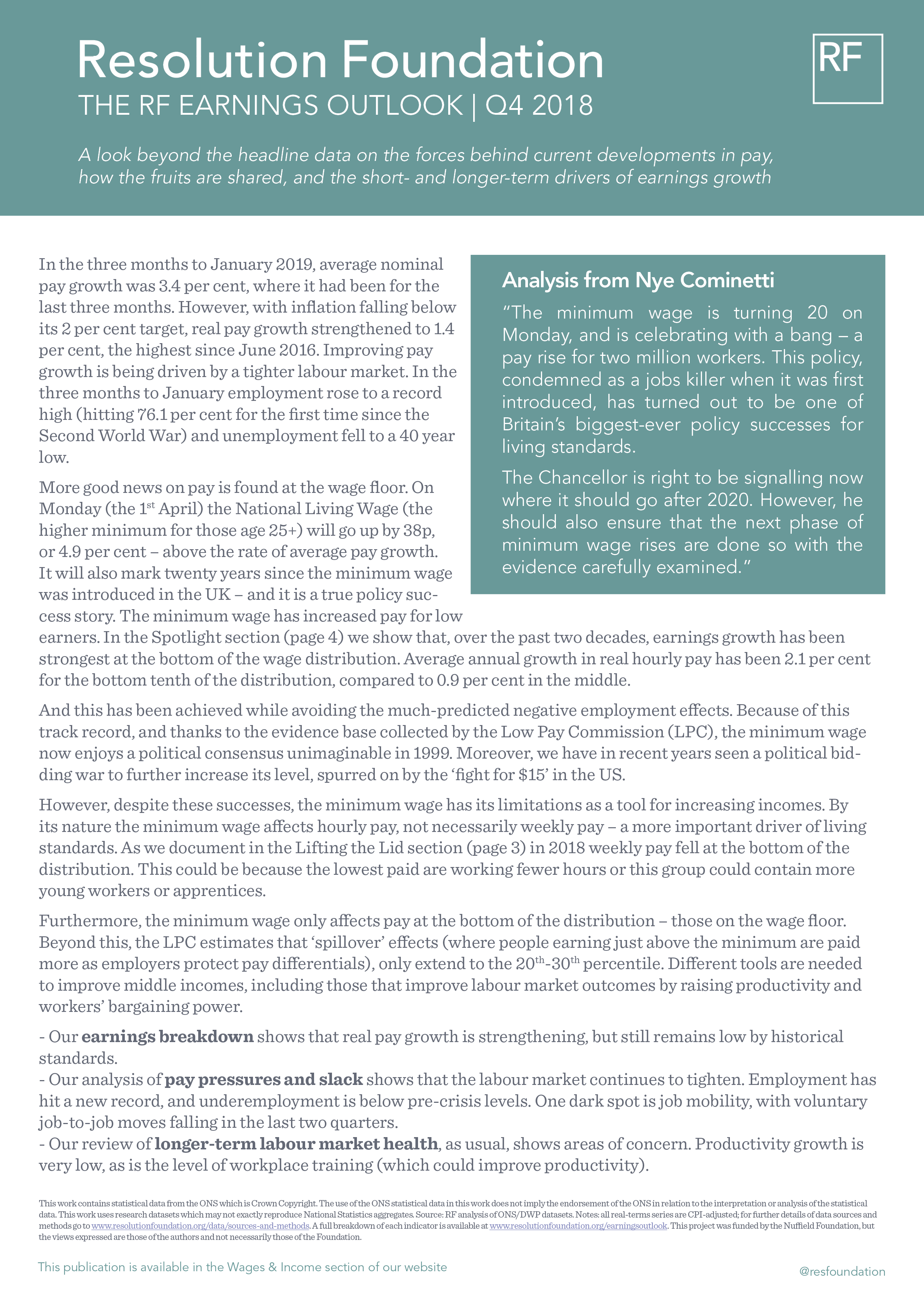 In the three months to January 2019, average nominal pay growth was 3.4 per cent, where it had been for the last three months. However, with inflation falling below its 2 per cent target, real pay growth strengthened to 1.4 per cent, the highest since June 2016. Improving pay growth is being driven by a tighter labour market. In the three months to January employment rose to a record high (hitting 76.1 per cent for the first time since the Second World War) and unemployment fell to a 40 year low.

More good news on pay is found at the wage floor. On April 1st 2019, the National Living Wage (the higher minimum for those age 25+) will go up by 38p, or 4.9 per cent – above the rate of average pay growth. It will also mark twenty years since the minimum wage was introduced in the UK – and it is a true policy success story. The minimum wage has increased pay for low earners. In this analysis we show that, over the past two decades, earnings growth has been strongest at the bottom of the wage distribution. Average annual growth in real hourly pay has been 2.1 per cent for the bottom tenth of the distribution, compared to 0.9 per cent in the middle. And this has been achieved while avoiding the much-predicted negative employment effects. Because of this track record, and thanks to the evidence base collected by the Low Pay Commission (LPC), the minimum wage now enjoys a political consensus unimaginable in 1999. Moreover, we have in recent years seen a political bidding war to further increase its level, spurred on by the ‘fight for $15’ in the US.