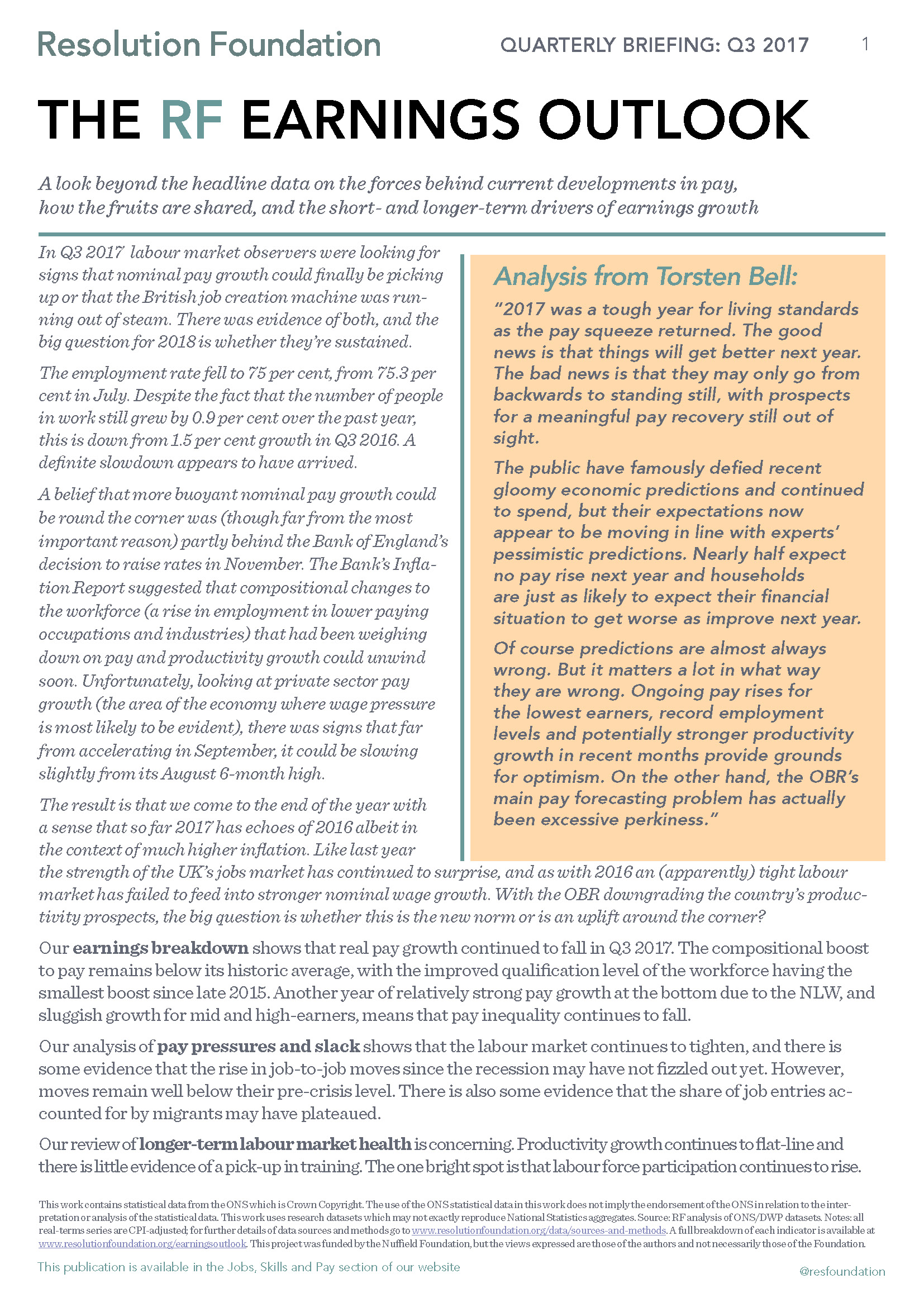 In Q3 2017 labour market observers were looking for signs that nominal pay growth could finally be picking up or that the British job creation machine was running out of steam. There was evidence of both, and the big question for 2018 is whether they’re sustained.

The employment rate fell to 75 per cent, from 75.3 per cent in July. Despite the fact that the number of people in work still grew by 0.9 per cent over the past year, this is down from 1.5 per cent growth in Q3 2016. A definite slowdown appears to have arrived.

A belief that more buoyant nominal pay growth could be round the corner was (though far from the most important reason) partly behind the Bank of England’s decision to raise rates in November. The Bank’s Inflation Report suggested that compositional changes to the workforce (a rise in employment in lower paying occupations and industries) that had been weighing down on pay and productivity growth could unwind soon. Unfortunately, looking at private sector pay growth (the area of the economy where wage pressure is most likely to be evident), there was signs that far from accelerating in September, it could be slowing slightly from its August 6-month high.

The result is that we come to the end of the year with a sense that so far 2017 has echoes of 2016 albeit in the context of much higher inflation. Like last year the strength of the UK’s jobs market has continued to surprise, and as with 2016 an (apparently) tight labour market has failed to feed into stronger nominal wage growth. With the OBR downgrading the country’s productivity prospects, the big question is whether this is the new norm or is an uplift around the corner?