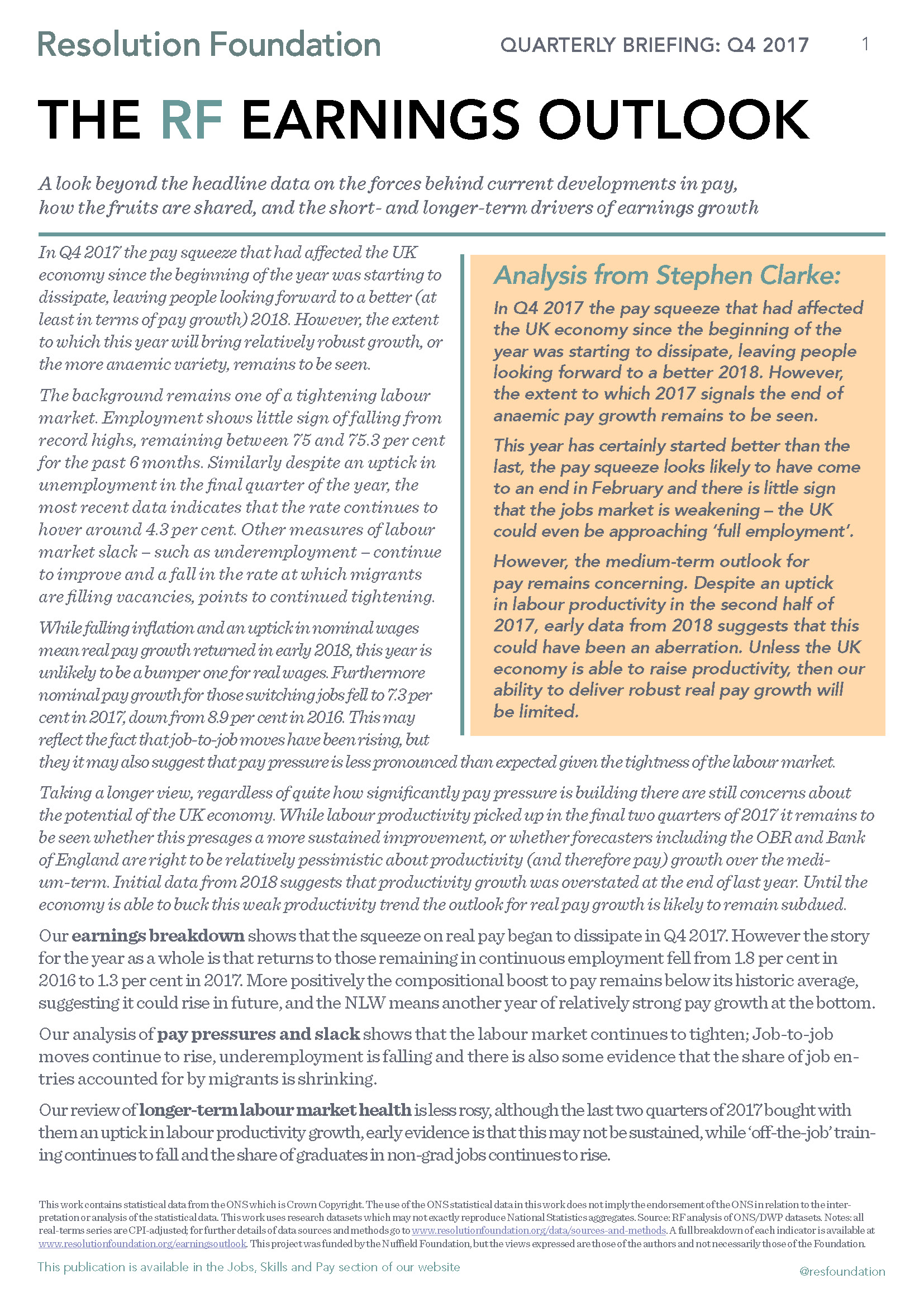 In Q4 2017 the pay squeeze that had affected the UK economy since the beginning of the year was starting to dissipate, leaving people looking forward to a better (at least in terms of pay growth) 2018. However, the extent to which this year will bring relatively robust growth, or the more anaemic variety, remains to be seen.

The background remains one of a tightening labour market. Employment shows little sign of falling from record highs, remaining between 75 and 75.3 per cent for the past 6 months. Similarly despite an uptick in unemployment in the final quarter of the year, the most recent data indicates that the rate continues to hover around 4.3 per cent. Other measures of labour market slack – such as underemployment – continue to improve and a fall in the rate at which migrants are filling vacancies, points to continued tightening.

While falling inflation and an uptick in nominal wages mean real pay growth returned in early 2018, this year is unlikely to be a bumper one for real wages. Furthermore nominal pay growth for those switching jobs fell to 7.3 per cent in 2017, down from 8.9 per cent in 2016. This may reflect the fact that job-to-job moves have been rising, but they it may also suggest that pay pressure is less pronounced than expected given the tightness of the labour market.

Taking a longer view, regardless of quite how significantly pay pressure is building there are still concerns about the potential of the UK economy. While labour productivity picked up in the final two quarters of 2017 it remains to be seen whether this presages a more sustained improvement, or whether forecasters including the OBR and Bank of England are right to be relatively pessimistic about productivity (and therefore pay) growth over the medium-term. Initial data from 2018 suggests that productivity growth was overstated at the end of last year. Until the economy is able to buck this weak productivity trend the outlook for real pay growth is likely to remain subdued.