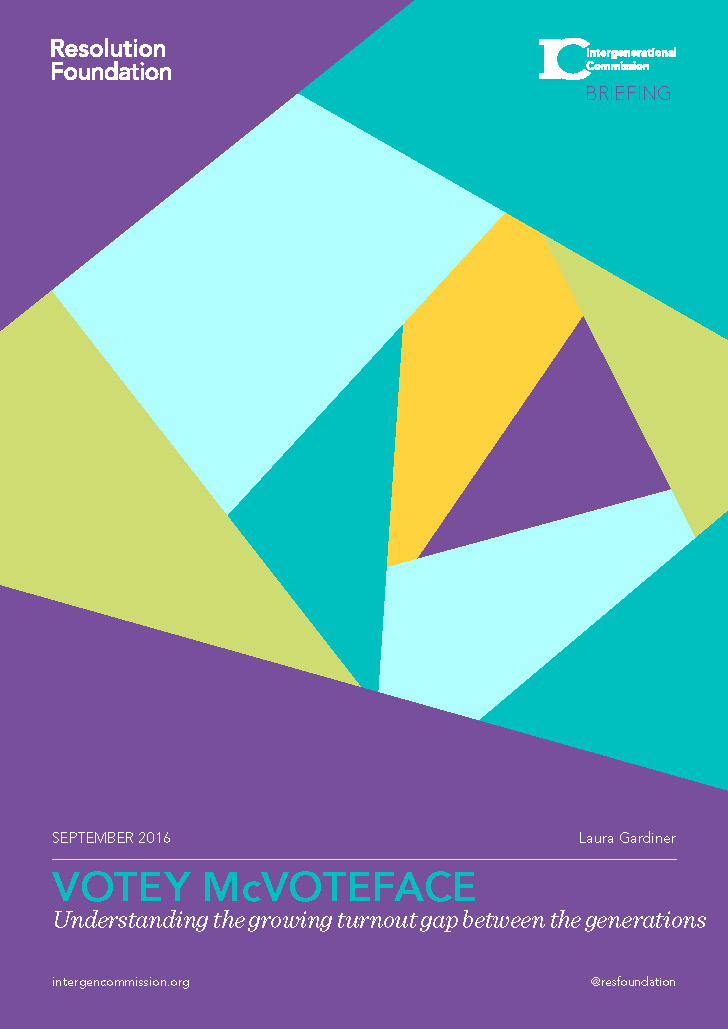 Renewing the intergenerational contract relies on broad engagement in the democratic process across the generations. This is not least the case because any new policy agenda will require public support, in order for democratically-elected politicians to pursue it. In this light, the generational turnout gap that has opened up since the mid-1990s – and was recently laid bare by voting patterns in the EU referendum – is a cause for concern.

At the last General Election in 2015, 67 per cent of baby boomers voted, compared to 56 per cent of generation X and just 46 per cent of millennials of voting age. Combined with the impact of their large cohort size, this resulted in a four million person ballot box advantage for the baby boomers over the millennials. The superficial correlation between generational voting blocs and the tax and benefit policies being implemented this parliament, which deliver a net benefit to those aged 55-75 set against large losses for those aged 20-40, is evident.

What has driven the growing divisions in voting behaviour between the generations? A combination of factors appear relevant, including a decline in voting when first eligible that tends to embed the habit; changing living patterns, with far lower levels of home ownership among younger generations; growing turnout divisions between subgroups within generations; and a shift in attitudes among young people.

This situation should not be considered intractable. Most other developed economies have both higher overall turnout and a smaller turnout-by-age-gap than the UK does, suggesting that improvement is possible. A number of practical options for arresting and reversing the generational turnout divide have been suggested, including compulsory first-time voting, online voting, greater efforts to maximise voter registration and a more robust citizenship education programme. The Intergenerational Commission will consider these and other options in its deliberations, with a view to putting the social contract between the generations on a firmer footing for the long term.