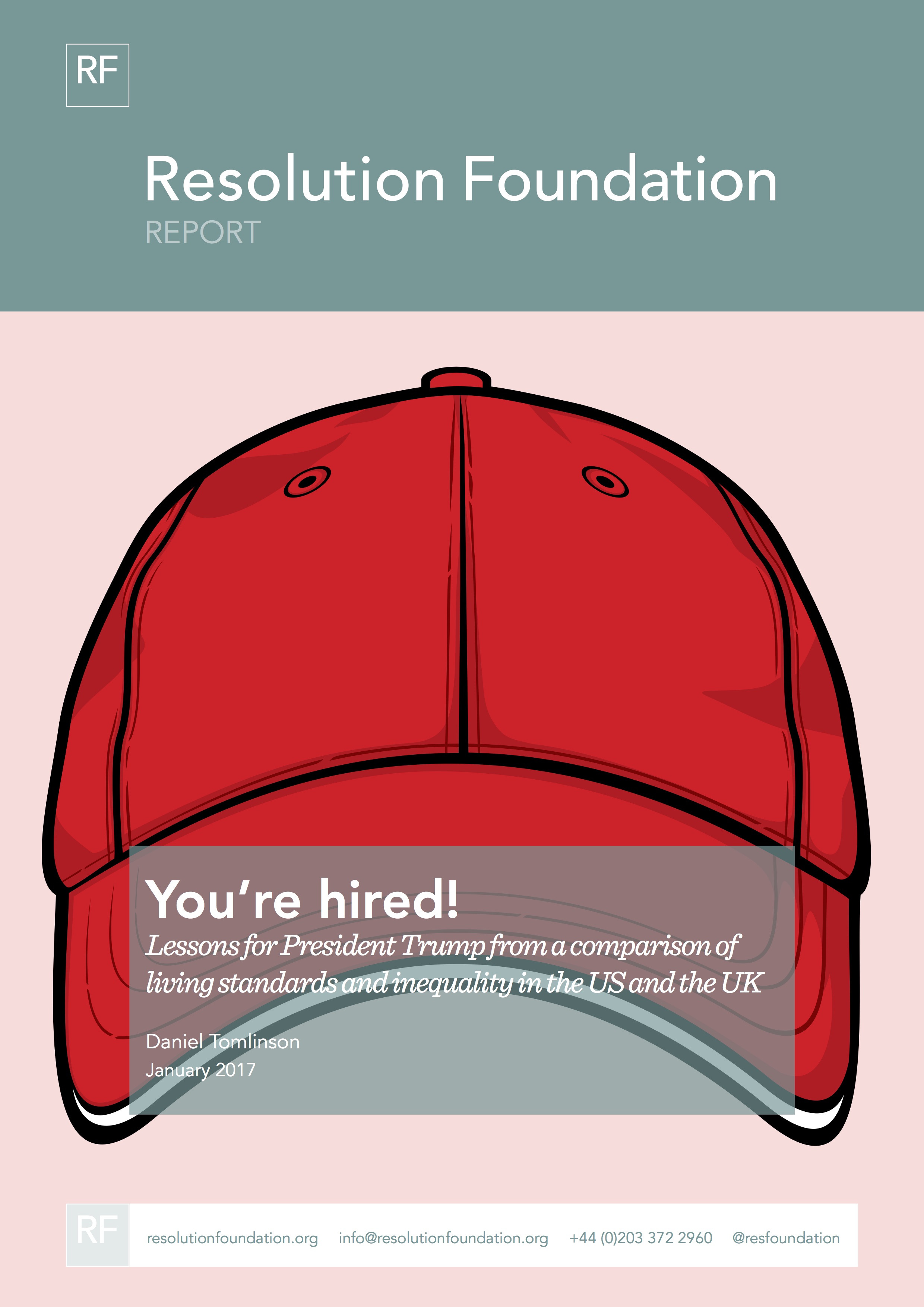 This report sets out how, despite moving in step politically of late, the US and the UK economies have had somewhat different economic experiences since the financial crisis. The most notable divergence is on employment – the issue that President Trump put at the front and centre of his economic pitch to voters. As the UK has surged ahead, with employment rates now at record highs, the US is continuing to struggle with the long running issue of declining labour market participation. If the US had the same employment rate as the UK, 11 million more people would be in work in the US.

As the new Trump administration looks for policy ideas to help “bring back” jobs to the US, it could do worse than turn to the UK for an example of a country that, although similarly exposed to the forces of globalisation and the rise of automation in the workplace, has recorded rising prime age participation in recent years. UK policy over the past two decades has improved the incentive to enter work, supported lower-activity groups into work and has created a regulatory framework considerably more encouraging of maternal employment than in the US.

More recently, rising participation in the UK has coincided with slow falls – though from a high level – in income inequality; tackling the US participation problem is also likely to tackle the long-standing issue of high income inequality in the US. Rather than devoting attention to building a wall or stopping international trade in its tracks, Donald Trump should look across the Atlantic for inspiration as to how he might bring back America’s jobs.