Times change, Britain changes, and it doesn’t stop changing just because we’re all naturally obsessed by Brexit. Our need to understand and respond to those changes is as big as ever – and nowhere is that more true than in the growing importance in our society of wealth, which has risen from three times our national income to seven times since 1980.

Of course not everyone has been sharing in Britain’s wealth boom, which has been driven by soaring house prices and pension values. Indeed those same house price rises have increased the deposits required to become a home owner, leaving millennials just half as likely to own by the age of 30 as the baby boomers were at the same age. Instead, they’ve experienced a fourfold increase in private renting.

It would currently take a first time buyer in their late 20s around 18 years to save for a deposit if they relied solely on savings from their own disposable income. That’s up from three years, as recently as in the mid-90s.

Now obviously an 18-year wait is pretty close to saying it will never happen, so stepping into this breach has been the Bank of Mum and Dad, which is reportedly now the ninth biggest lender to first-time buyers.

But headlines aside, how big a role is this new bank playing in society – how much is parental wealth really shaping home ownership outcomes for young adults? For the first time, the Resolution Foundation has been able to track children as they do or don’t become homeowners while knowing what their parents’ property wealth is. This new approach offers important insights into state of the country, and lessons for policy makers seeking to improve it. 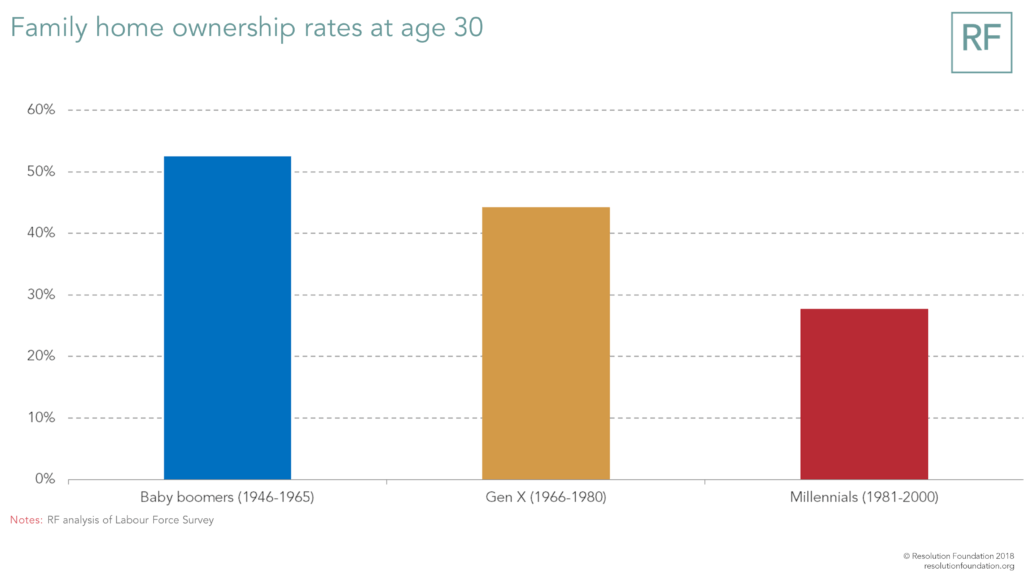 Now you may think that that’s a finding from a survey of the bleeding obvious. Yes we’ve long known having wealthy parents has lots of other effects on life chances. In fact, young people with high levels of parental wealth are 74 per cent more likely to have a degree than those without parental wealth, and typically earn over £500 more per month – both factors that mean they are more likely to be home owners. 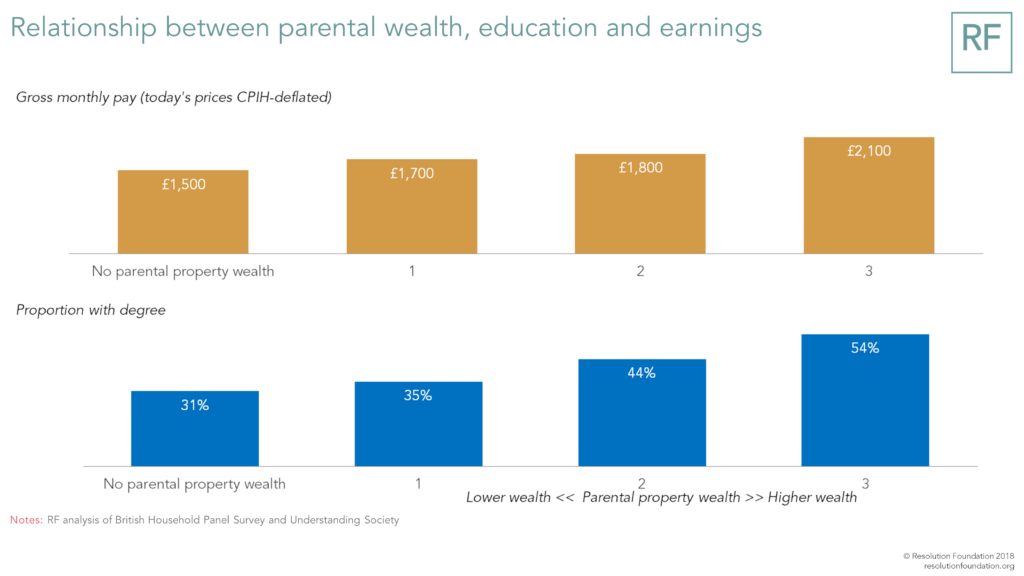 But even after we strip out those benefits the direct effect of parental wealth on your own home ownership chances is still very significant – if you parents were quite wealthy (in the 75th percentile) rather than just having the typical amount of property wealth the probability that you will become a homeowner in a given year rises by over 9 per cent. The result? When it comes to buying a home, it can be as much about what your parents own, as what you yourself earn.

Strikingly the effect has got stronger over time. In the 1990s and early 2000s those with homeowning parents were twice as likely to become homeowners themselves as those without – today they are three times as likely. 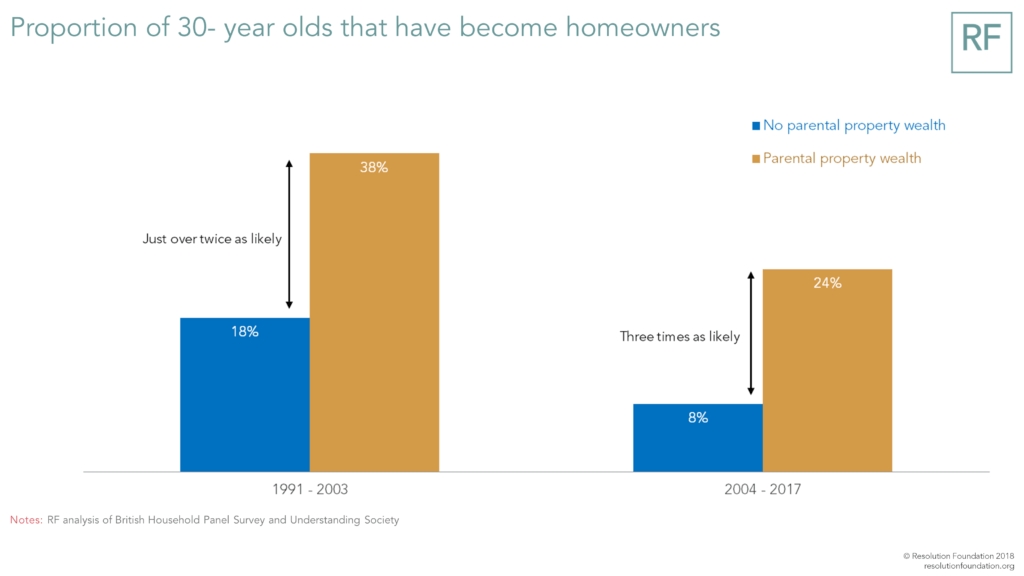 It’s obviously natural for parents to help their kids, but we also have a duty to understand where that leaves us as a society. And what lies behind these shifts is the long term growth of wealth at a much faster rate than income. The implication is that incomes can no longer provide a route to wealth – however frugal you are – that they once did. This brings with it fundamental changes to what social mobility means.

So when politicians, policy makers and citizens say they care about social mobility in 21st Century Britain they can’t just talk about free school meals, routes into Oxbridge, or the problems with some internships – important though they are.

Instead we need to start talking more about wealth – how it is shared and transferred across society, what that means for the kind of society we are and will become. The effects of those changes, and the need for a policy agenda to respond to them, will be with us long after the rows about who appears on what channel in a Brexit debate are (thankfully) long gone.