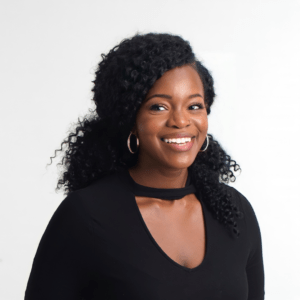 This November marks the two-year anniversary of the launch of The Black Economists Network (TBEN[1]), an organisation founded by myself that strives to challenge the lack of diversity in economics by connecting and supporting Black people in the field as well as working with other organisations to improve their diversity strategies. To mark this anniversary, I’m proud to share here a little bit more about TBEN’s vision and achievements – and also about why challenging the lack of diversity in economics remains an important issue.

Founding TBEN – What do we do and why do we exist?

Put simply, economics has a diversity issue. Prior to setting up TBEN I found that discussions surrounding diversity in economics often centred around the fact that there wasn’t enough female representation in the field (which is still true).

However, when it came to diversity discussions, race was often overlooked – and in particular, the under-representation of people from Black African and Caribbean backgrounds in economics was ignored. I later came to discover this was part of a much wider issue in the field. For example:

The racial disparities in our society play out across a whole host of issues – with housing, pay, education and prospects for young people all key areas for concern.

For example, Resolution Foundation research earlier this year found that, during the pandemic, young Black people were hit harder by the initial economic shock when compared to their White and Asian counterparts (the unemployment rate for young Black people overall rose by over a third to 35 per cent, compared to 24 per cent for young people from an Asian background, and 13 per cent for young people from a White background). This is just one example, out of many, which highlights the impacts of racial inequalities.

Economists can wield a great deal of influence in society, with the ability to form policies that can change lives. However, the policy recommendations they make and the analysis underpinning them are dependent on whose perspectives are being included. A lack of diversity in the profession can exacerbate the lack of attention paid to the issues faced by particular communities, and ultimately lead to poor decision-making and negative outcomes for these communities.

Where does TBEN come into all of this?

Given the above, I founded TBEN with two key aims:

I’m pleased to share that in two years, with over 500 global members, 5000 twitter followers, and over 20 partnered events to our name (including the Government economic service, Bank of England and Royal economic society), we’ve been able to make good progress in achieving these aims.

However, there’s still a long way to go.

TBEN is still a young organisation run by volunteers (including myself!) who are either in full time jobs, or in full time education. We therefore, appreciate all the support we can get, whether it’s through engaging with our work, partnering to host events or sponsoring our members’ learning and development programmes.

Long-term, we want to continue supporting and raising the visibility of Black people in economics from around the world and inspire a generation of future economists who may not have seen this as a field accessible to them.