Young people have been at the epicentre of the Covid-19 crisis. The severe restrictions and lockdown closures of social sectors of the economy – such as hospitality, retail, arts and leisure, where young workers are concentrated – has led millions of our youngest workers to be put on furlough or, worse still, lose their jobs.

But the UK’s jobs crisis has actually followed a U-shape (or, to be more exact, a reverse J!) with older workers also badly affected by the crisis. The employment fall among workers over the age of 50 has been twice as large as the fall for those aged 25-49. In fact, this 1.4 percentage point annual employment fall for older workers has been as sharp as fall since the 1980s – and has come despite the protection of the furlough scheme. 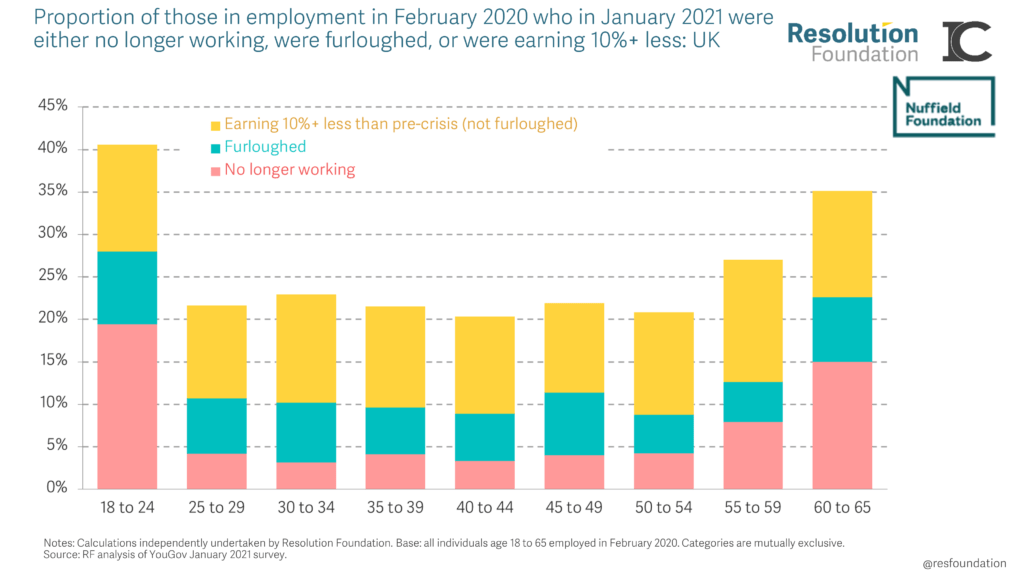 We should obviously worry about all job losses, whatever one’s age. But there are three reasons to be particularly concerned about job losses among older workers.

1. Workers over the age of 50 take longer to return to work 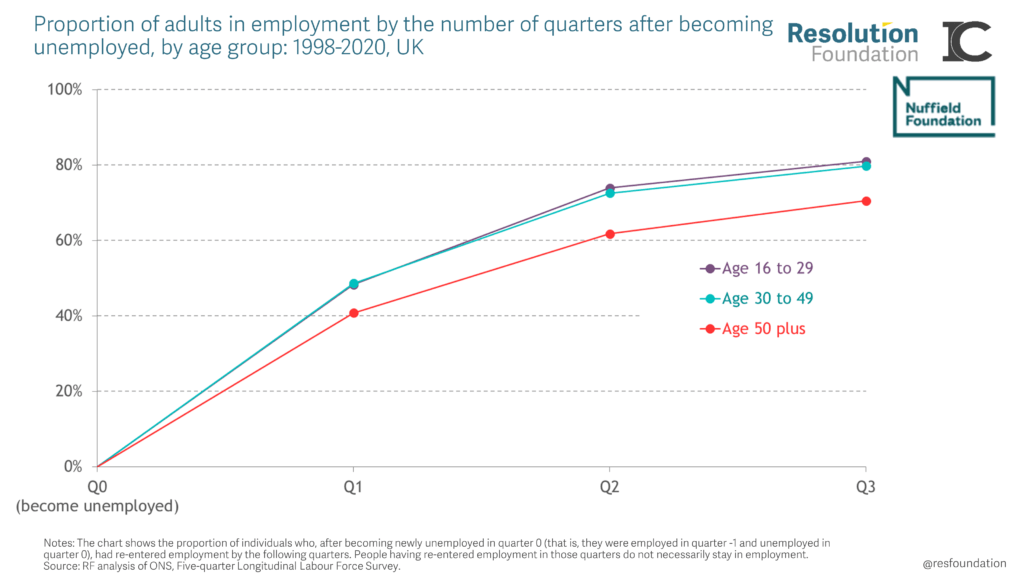 2. Big pay reductions when they do return to work

Second, older workers tend to take big pay reductions when they do return to work. The combination of returning to work on lower hourly pay, and working fewer hours, means that, on average, older workers returning to employment earn 17 per cent less than they did in their previous job. 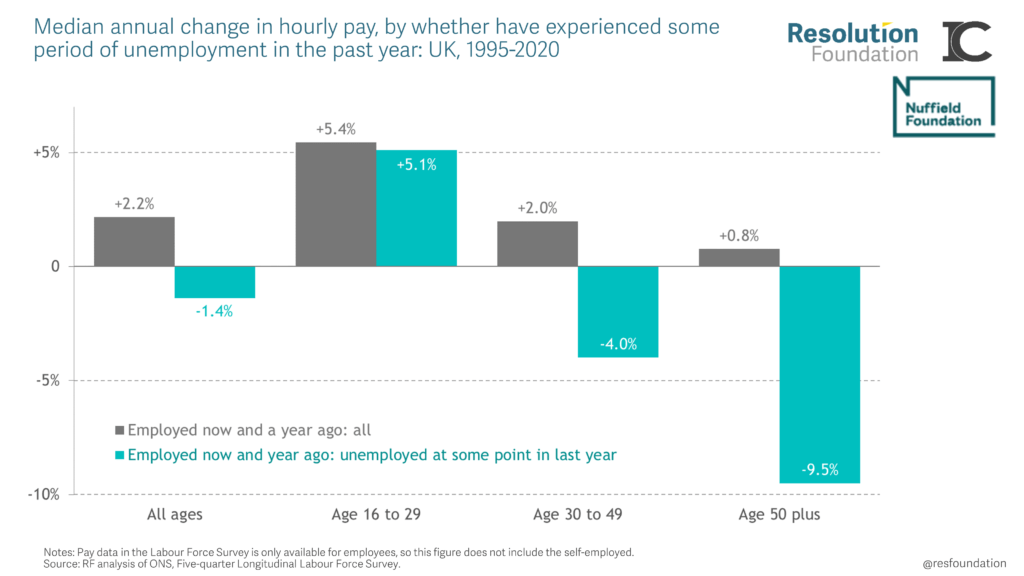 Third, and related to the above concerns, losing your job can have a material impact on people’s retirement plans. It can push people towards premature retirement – though the fact this is more associated with high-income households at least suggests there is an element of choice about this. On the other hand, unemployment among older workers can push them towards retiring later than planned, as they continue working to make up for their lost earnings.

So what can be done to support older workers back into employment?

The Government has been pretty active in introducing new employment support schemes during the pandemic, including Kickstart for younger workers and Restart for the long-term unemployed. The key however, is to ensure that support can be tailored towards older workers, who often find it hardest to return to employment. Evaluations of the Work Programme, the predecessor to Restart, have found that it had a mixed record on helping older workers.

Better tailoring of job support schemes should also be coupled with an expansion of retraining support for older workers – particularly for those with long careers in one sector, for example retail, who will need to extra support to make a big jobs switch. Again, while we need to address the lack of workplace training for younger workers, we shouldn’t forget that older workers can really benefit from retraining.

With the economy reopening and set to grow rapidly, the hope is that the current crisis will be relatively short-lived. But with the furlough scheme due to end this Autumn, the UK unemployment peak is ahead of us, rather than behind us.

We must do all we can to limit future job losses and return to record employment – and that means supporting workers of all ages.

This article was originally published by FE News