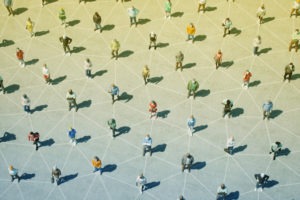 In just over a decade, the UK has been hit by two major global recessions with, for too many, little recovery in between. This has exposed long building political, economic and cultural divides – divides that took centre stage in the vote to leave the EU back in 2016.

We know the UK economy is set to change profoundly again as a result of both the current crisis, and leaving the European Union. But the debate around what that change might look like, and how that change should be made has barely begun. The Britain that emerges from this crisis will reflect the challenges we face, but also the choices we make.

To discuss those choices and mark the launch of a timely new book, ‘The economics of belonging’, by FT columnist Martin Sandbu, the Resolution Foundation is hosting an interactive webinar. Martin will be joined by Shadow Foreign Secretary Lisa Nandy to discuss what Britain’s post-pandemic economy should look like.

Viewers will be able to submit questions to the panel before and during the event. The early evening time means that remote drinks among panellists and viewers are encouraged!

‘The Economics of Belonging: A Radical Plan to Win Back the Left Behind and Achieve Prosperity for All’ by Martin Sandbu is available to buy from Princeton University Press (P&P currently free).