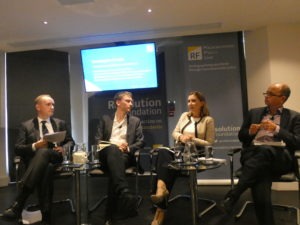 Fiscal rules govern and (are meant to) constrain the government’s tax and spending plans, and have been at the centre of economic and political debates for the past 20 years. But the current rules expire next year, and were effectively broken in the Spending Round last month. A review is under way, and a new set of fiscal rules will be announced soon – either in the Autumn Budget on November 6th, or after the upcoming election.

All fiscal rules have been broken, so are they still relevant in an era when parties want to spend more? Does the traditional focus on debt and the deficit need updating to reflect changes in our economics and politics? And what lessons can we learn from past and international experience?

At an event at its Westminster headquarters, the Resolution Foundation presented the latest paper from its Macroeconomic Policy Unit on what the UK’s new fiscal rules should be. An expert panel then debated the pros and cons of new fiscal rules, followed by an audience Q&A.