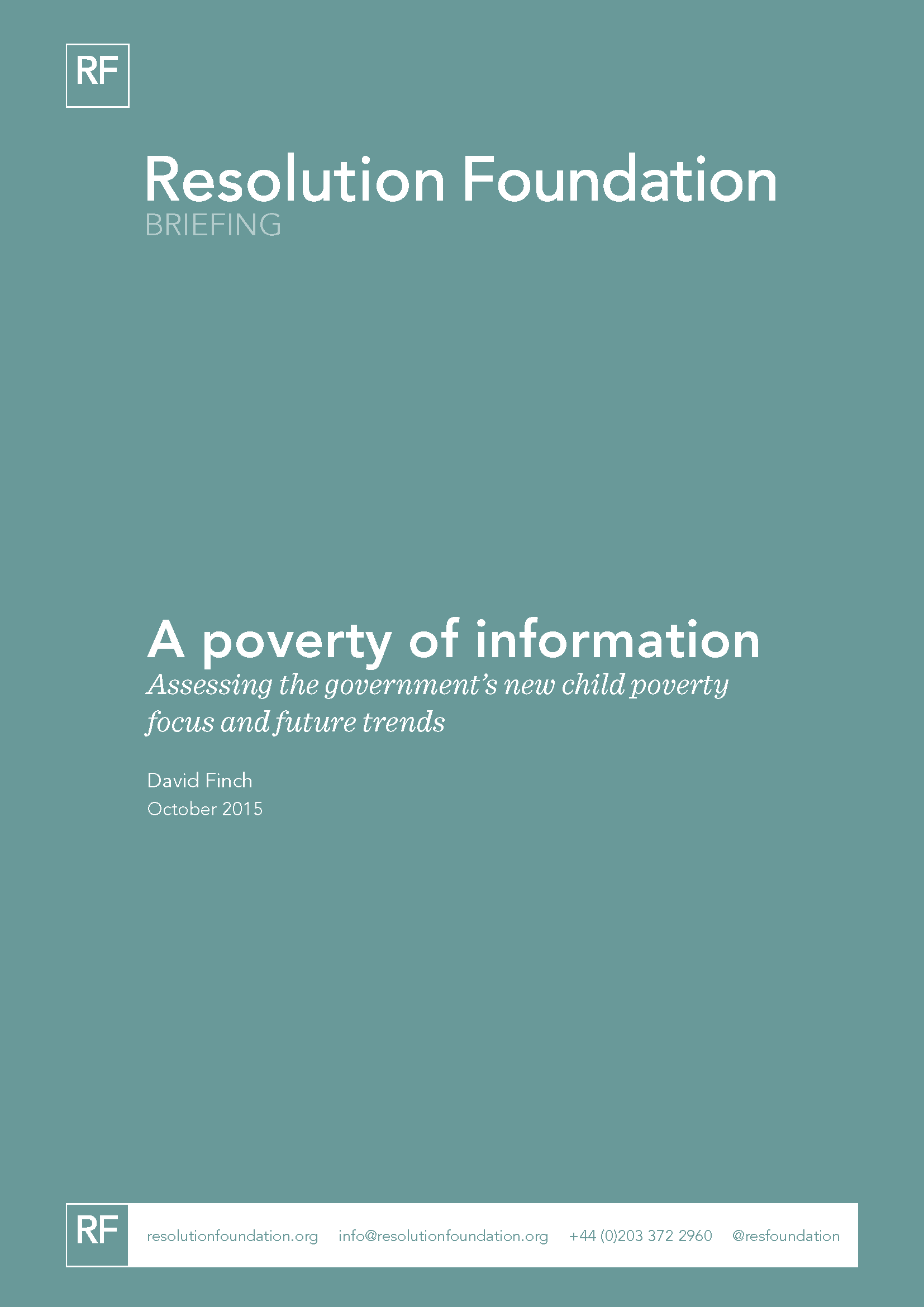 Measures announced at the Summer Budget are expected to significantly increase the number of children (and households) living in poverty (households with less than 60 per cent of median income). Despite positive action on low pay, cuts to working age benefits mean that most of this increase is expected to be among those living in working households.

Yet there is a danger that this deterioration slips under the radar. The Welfare Reform and Employment Bill removes the requirement on Government to meet the 2020 child poverty target established in the Child Poverty Act 2010.The target involves cutting the proportion of children living in poverty to less than 10 per cent. The rate has fallen steadily since 1996-97 dropping from 27 per cent to a 2013-14 level of 17 per cent. This briefing considers the impact of the Summer Budget on poverty and the implications of government changing child poverty targets.