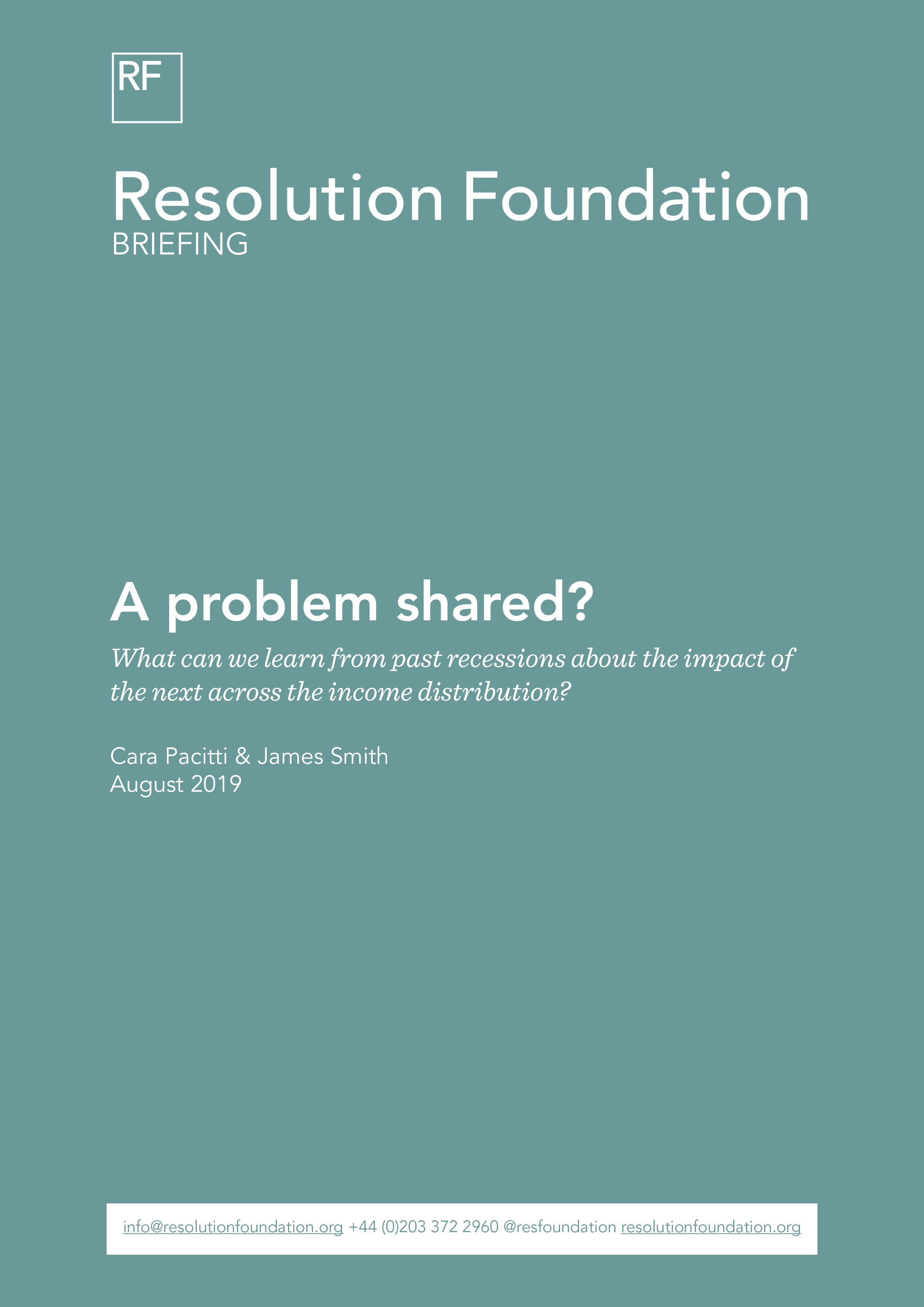 While the received wisdom from the 1980s and 1990s recessions was that those at the bottom of the income distribution suffer most during severe downturns. But this was less obvious in the aftermath of the financial crisis. So this briefing note looks at what lessons we can learn from that episode about the distributional impact of recessions. It shows that those on lower incomes were still disproportionately affected. And that the legacy of the crisis has left those on low and middle incomes more vulnerable to the next recession than they were in 2008.

This briefing note is the second paper setting the scene for the launch paper of the Resolution Foundation’s new Macroeconomic Policy Unit. That paper will assess the framework for macroeconomic policy to support the economy in the next recession.