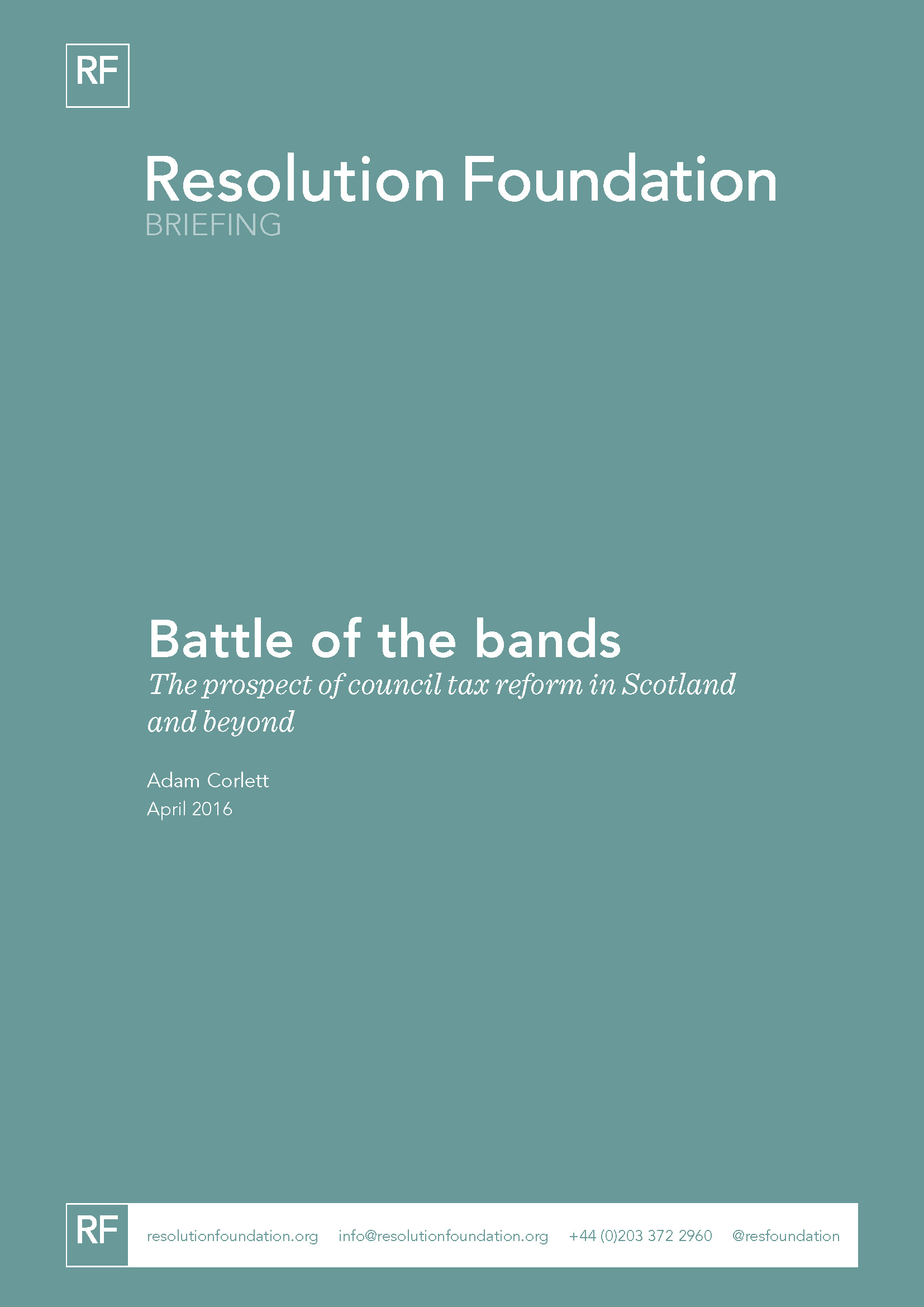 It is 25 years since the UK government announced its plan to abolish the community charge and introduce a new local tax for Scotland, England and Wales. Since then, council tax has undergone almost no reform, and in Scotland and England is still based on property values from 1 April 1991.

But now change is afoot, at least in Scotland. Ahead of the May elections, and following on from the Commission on Local Tax Reform, the Scottish government has announced a package of limited reform. From April 2017, council tax will be increased for those in the higher bands (E-H) alongside increases in the generosity of the Council Tax Reduction scheme for lower income families.

Other parties are promising change too. The Scottish Labour and Green parties have proposed alternatives, with both supporting revaluations and taxes proportional to home values, and the Liberal Democrats and Conservatives are also expected to put forward plans for reform. In Wales too there are calls for further reform, with Plaid Cymru proposing a redistribution of council tax burdens.

This briefing note explores the current Scottish system as well as these recent proposals, and looks at the potential impacts of change on families with different levels of property wealth and of different incomes.