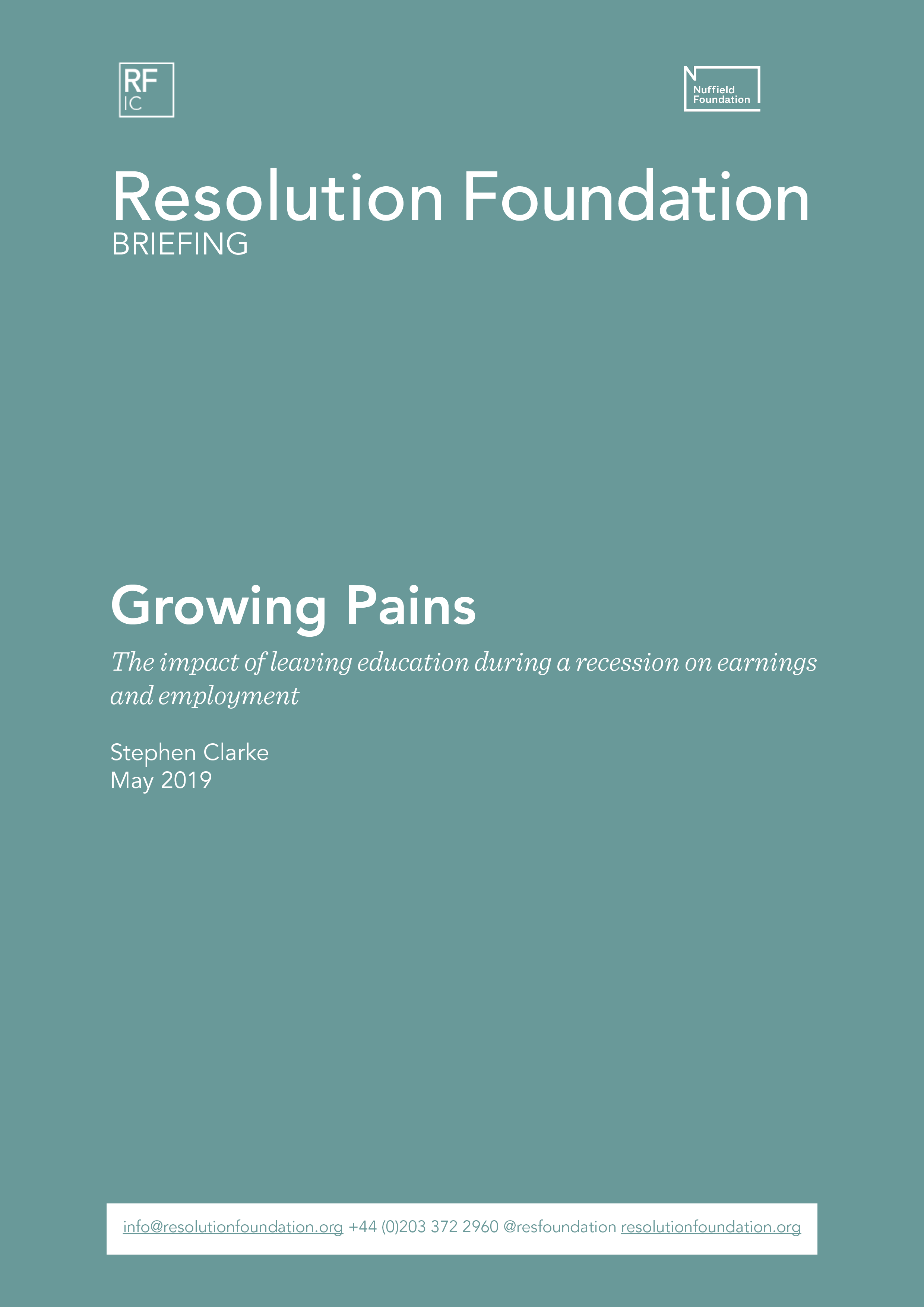 The financial crisis led to the biggest recession in living memory: output fell by almost 5 per cent, a bigger drop than in the downturns of the early 1990s or early 1980s. As in previous recessions, younger people bore the brunt of this: the unemployment rate for those aged 18 to 29 rose by 4 percentage points and average real earnings for this group fell by 9 per cent.

This report looks at the specific fortunes of the “crisis cohort” those who left education between 2008 and 2011. By analysing outcomes for those unfortunate enough to enter the labour market in the aftermath of the 2008-09 recession, this paper estimates how severe an impact the downturn had on people who left education in its midst, and how long-lasting these effects were. It is also the first attempt to compare this recession with previous ones, shedding light on how the effects differ and what this can tell policy-makers about how to prepare for future downturns.