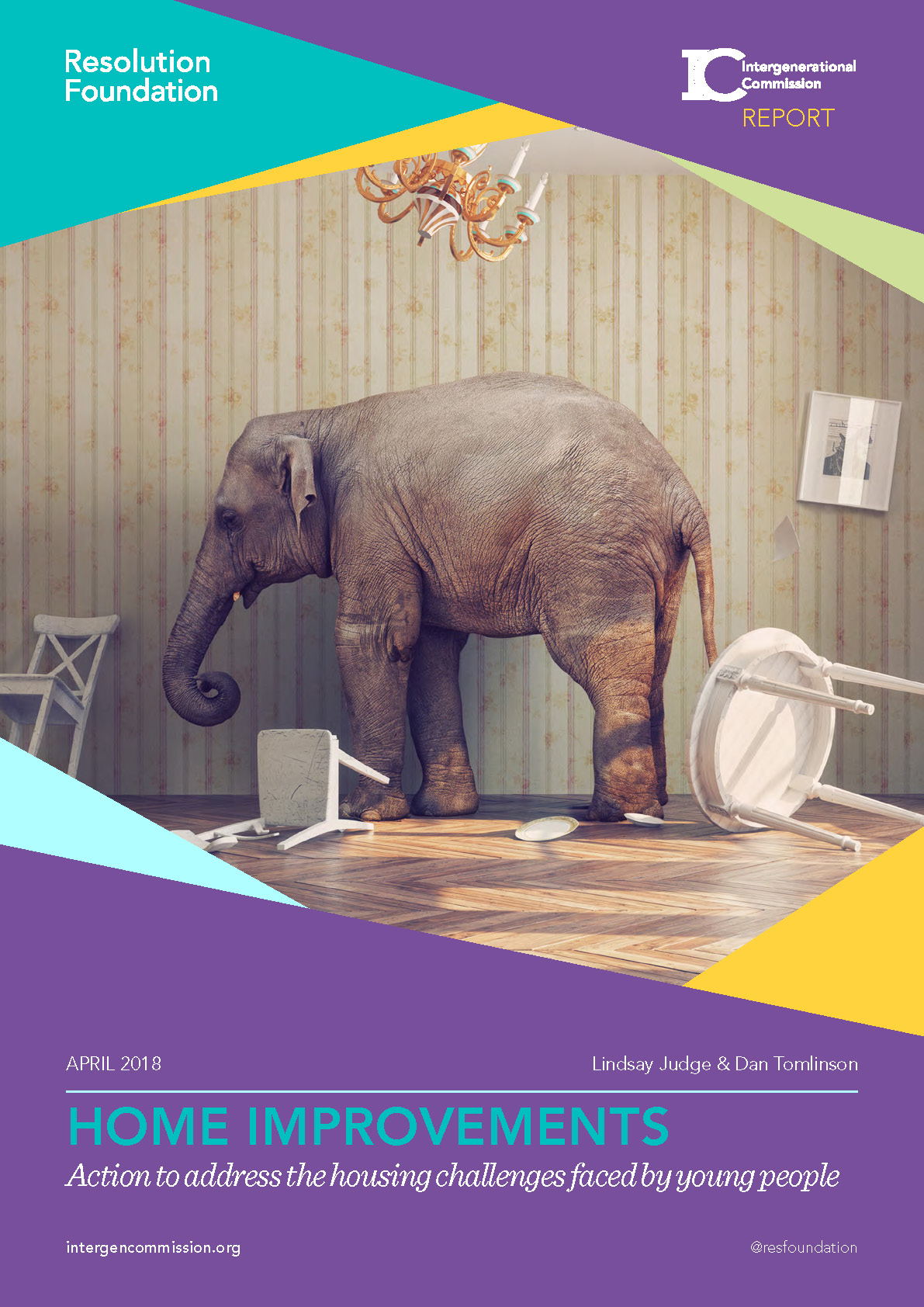 As the Resolution Foundation’s Intergenerational Commission enters its final stages, this report sets out our view on how we can tackle one of the biggest issues for young people in 21st century Britain: the housing crisis. Here, we move beyond a diagnosis of the problem and instead set out a series of policy options relating to three key areas of our housing challenge: insecurity in the private rented sector, falling home ownership rates for young people and a long-term lack of house building.

There are now 1.8 million families with children living in the private rented sector (PRS) up from 600,000 in the early 2000s. But the PRS in England and Wales is very lightly regulated compared to many other countries. This should change with longer term tenancies and more certainty around rent rises becoming the norm.

Despite large rises in house prices and falling ownership rates, young people’s home ownership aspirations are still high. While successive governments have sought to support buyers with a plethora of Help to Buy schemes, there is now clear evidence of an inflationary effect. We think it is time to phase out the scheme through tighter targeting up to 2021.

The government should use the tax system to better purpose if it wants to rebalance demand.  It should make it harder to become ‘over-housed’, tax second and empty properties more effectively but the government, but make it easier for those who own such properties to exit the market through short term reform to capital gains tax.

The nascent Build to Rent sector should be fostered through an exemption from the 3 percentage point stamp duty surcharge charged on the purchase of additional homes.

Public funds for house building have been sorely lacking in recent years. We propose allowing councils to levy a ‘building precept’ much as it can currently raise a ‘social care levy’ once property taxation has been reformed.