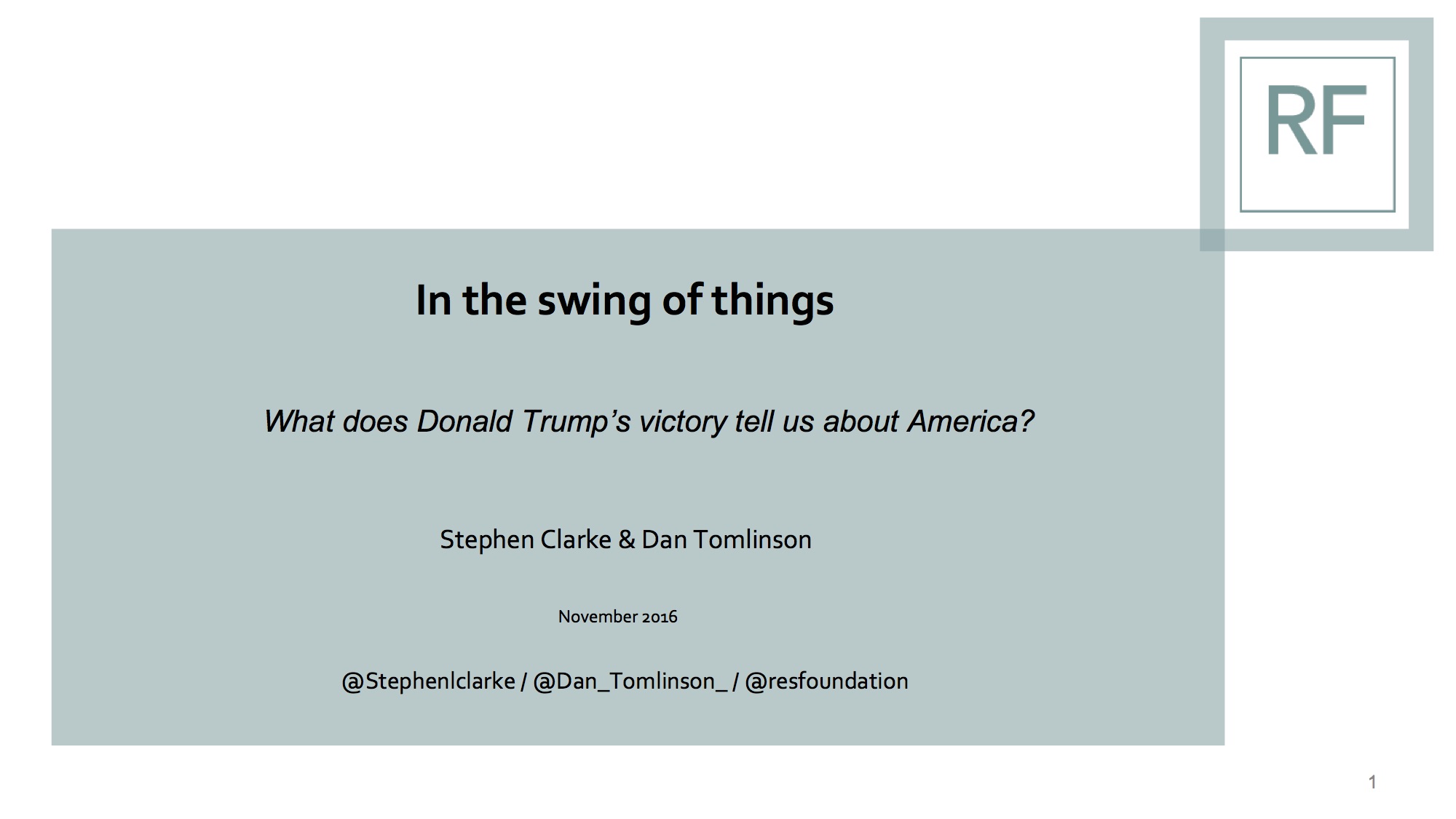 Post-election analysis has highlighted the importance of demographic, economic and cultural factors in the US election result. In this slide pack we consider why different parts of America voted as they did. We look across 93 per cent (2,932 of 3,143) of US counties spread across 46 states including the 11 battleground states. We test the strength of the relationship between the relative change in the Republican margin of victory (or defeat) and various economic, demographic and cultural factors, while holding all else constant (using a series of regression models). We also look at the differences between Donald Trump’s victory and the Leave vote in Britain’s EU referendum.