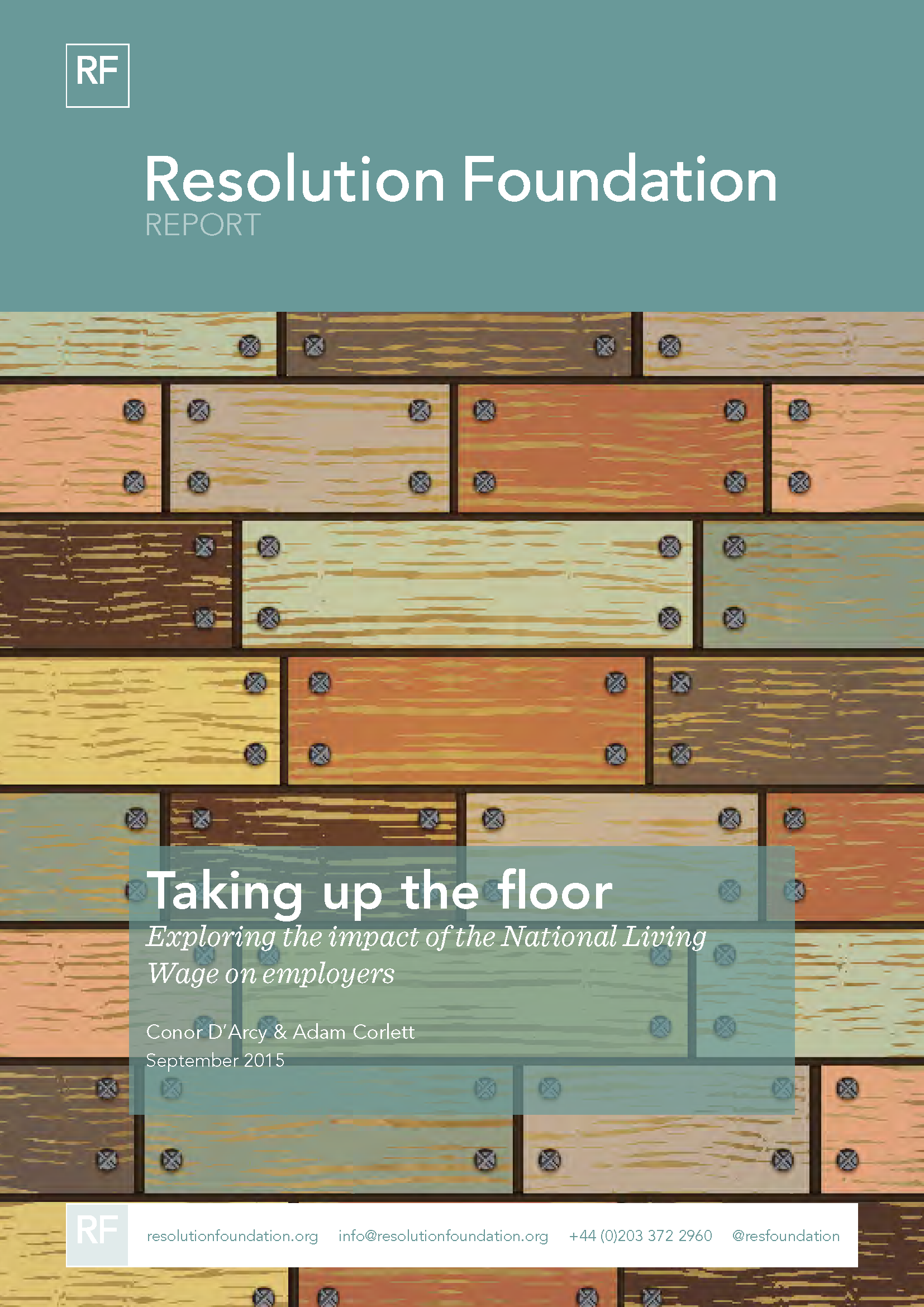 On average across the 6 million people affected, the NLW is expected to add £760 annually to pre-tax wages. In total, our analysis finds that £4.5 billion will be added to the wage bill of British firms in 2020.

The question we turn to in this report – the second in a series investigating the impact of the NLW – is how that added cost will be distributed across employers, taking into account industry, occupation, sector and size. A picture develops of a divide in the labour market, with the NLW appearing to represent only a relatively small additional cost for some employers while looking more considerable for others.

The analysis we present here does not take into account potential job losses or how employers may choose to adjust staffing arrangements within their firms. We focus on three measures that help identify the size of the added pressure: the change in the wage bill; the number and share of employees affected; and the ‘bite’ – the NLW measured as a proportion of the typical (median) wage. These measures only give some sense of how employers will be affected; for example we have not included the higher employer National Insurance or pension contributions that will arise as a result. We therefore understate the extra labour costs facing firms and draw this distinction by referring instead to a ‘wage bill’ effect.

But taken together, these indicators are signposts towards where the NLW’s effect will be greatest and where some form of adaptation – be it lower employment, slower wage growth for higher paid staff, a productivity drive, higher prices, lower profits or some combination of all these – will be most likely. Ensuring successful implementation of the NLW will require remaining alive and sensitive to these challenges and pinch points, reinforcing the need for the independent LPC to play a key monitoring and advisory role.