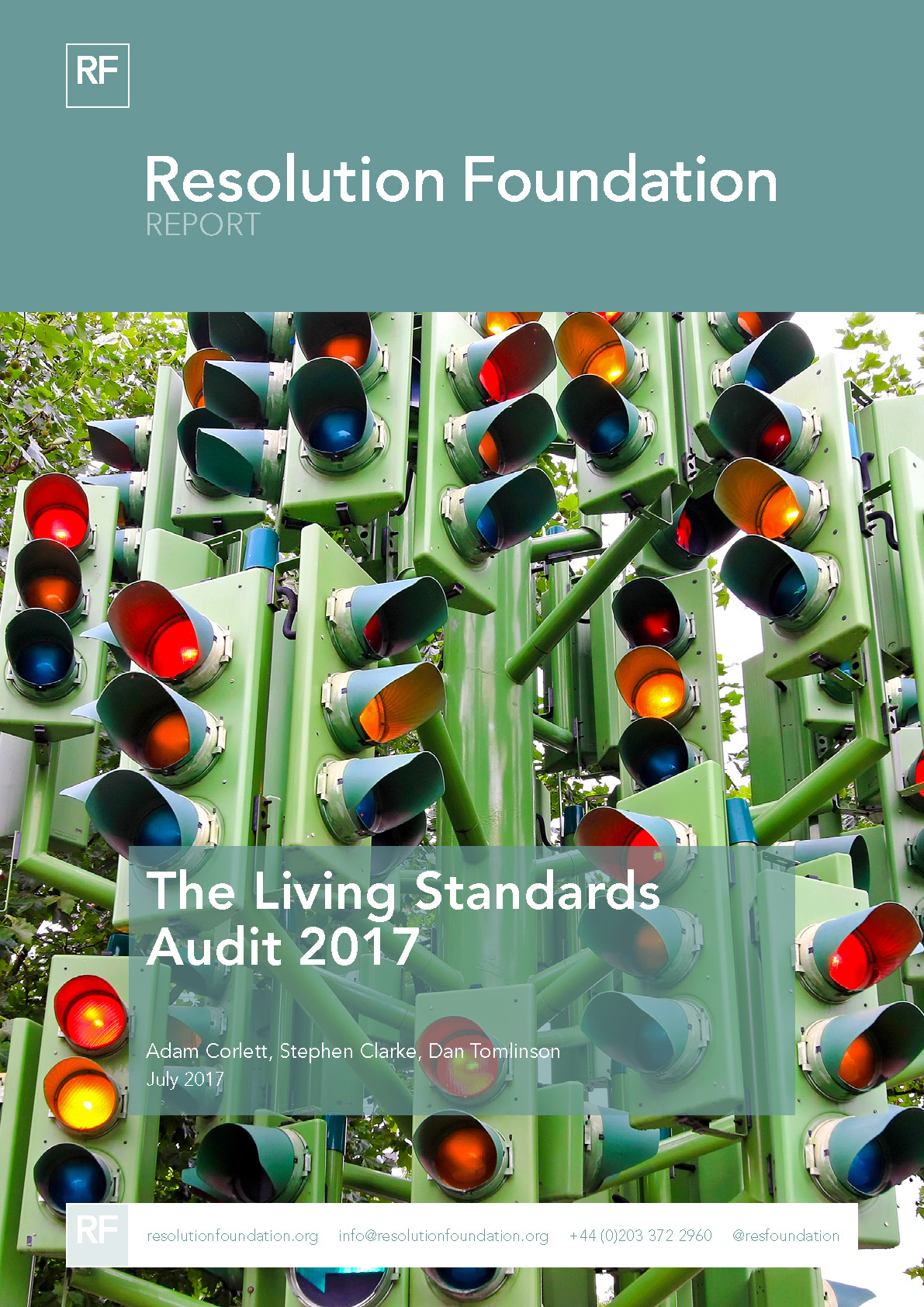 The years since the financial crisis have been far from an easy ride for family living standards. Incomes slowed in the years preceding the crisis and fell significantly subsequently. After a brief two-year ‘mini-boom’ between 2013 and 2015 (driven especially by low inflation and strong employment growth) the signs are pointing towards a living standards recovery that is beginning to falter.

Our ‘nowcast’, constructed based on timely data for many of the components of household income, suggests that growth in living standards slowed dramatically over 2016-17, falling by half compared to a year earlier.

Despite employment reaching record highs, real average earnings are now falling in the UK – in both the public and the private sector – and in addition the real value of many working-age benefits is falling as the benefit freeze interacts with rapidly rising prices. 2016-17 may have been just the beginning of a slowdown in income growth for low to middle income families and a rise in inequality for us all.