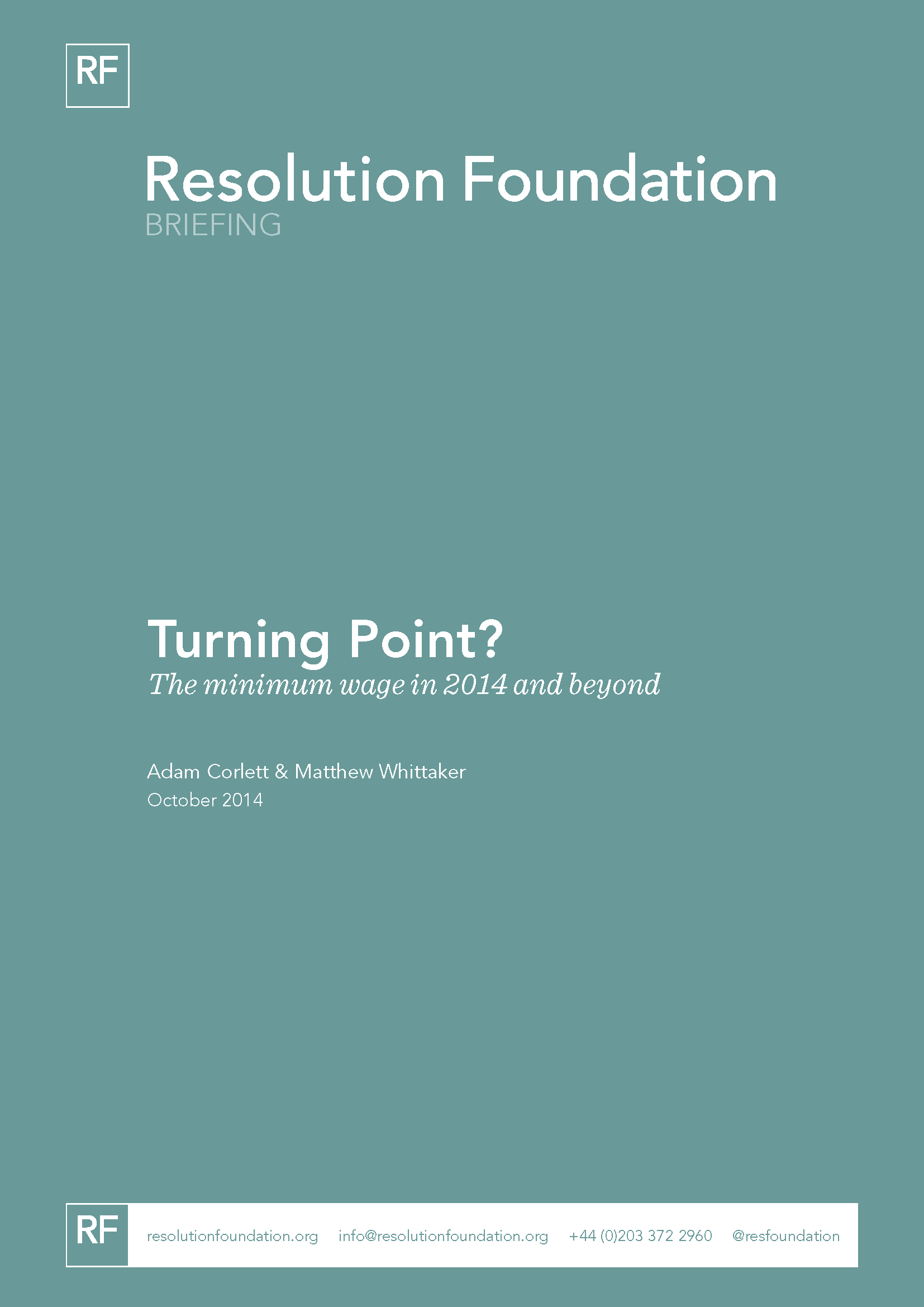 With the National Minimum Wage (NMW) rising on October 1st, this briefing note provides some background by setting out the evolution of the wage since its introduction in April 1999. It looks at the rate’s real value over the intervening period, and its relationship with median pay. It also considers the number of people affected by the NMW and the number for whom minimum wages are becoming a semi-permanent feature. Finally, it compares a range of scenarios for growth in the NMW over the course of the next parliament.

While there is a separate debate on the merit of political interventions in a process that is overseen by the independent Low Pay Commission we can, by way of context, consider some plausible ‘scenarios’ for the NMW over the coming years: