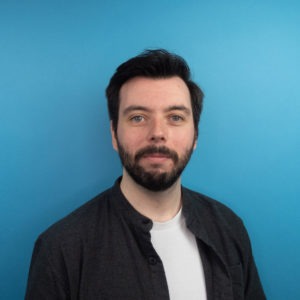 It would be hard to miss the fact that the UK economy is currently in bad shape. A 40-year high in inflation, falling incomes and ever more industrial action are just some of the features of today’s Britain.

But these problems have been made worse by a too often overlooked issue: many families do not have enough savings to cope when times turn bad. Prior to the pandemic, the most recent period for which we have high-quality data, around two-in-three low-income families had savings worth less than one month of their income. One-in-twelve of the poorest families had no money in savings at all.

This is not a new issue – the UK has saved less than other similar countries for decades. The past 15 years – marked by income stagnation and historically low interest rates – have made it particularly hard to save, especially when returns are non-existent.

Britain’s failure to save is not for wanting of trying on the government’s part either. Successive administrations have tried to fix the issue, it’s just that they have little to show for it. That is why we set out to understand who is benefitting from the existing ways the government is encouraging saving – which collectively cost around £7 billion on foregone revenue and direct support – and ask if we can do it better.

The most important policy is tax-free savings accounts (ISAs). They are not cheap: the government estimates it will “spend” over £4 billion in tax breaks savers receive from these accounts this year.

Over half of these tax breaks goes to people with very significant savings already: around 1.5 million people with over £100,000 in ISA accounts.

To put that in context, the typical person in Great Britain is estimated to have wealth of around £120,000. That includes all financial wealth, pensions, and property. ISA savings worth over £100,000 is something the vast majority of people simply will never achieve.

If we want more families to have resources to fall back on, then spending £2 billion on those who already have significant savings is ineffective.

Governments too often try to reinvent the wheel when coming up with ways to solve problems. It is better to build on things which we know already work well. And here our research provides a good candidate: the relatively unknown Help to Save scheme.

This is a scheme which is available for those on Universal Credit (and some older benefits) and provides bonuses for people who regularly pay into a savings account over time. It is clear that scheme is, in some ways, very successful.

For example, the government’s own research shows that just 3 per cent of people with Help to Save accounts are dissatisfied with them – a feat any commercial bank would love to achieve. And there is clear evidence it helps people build up a habit of saving and ultimately provides resources for those families to fall back on.

However, the scheme is being held back by low take-up with just 350,000 accounts opened since launch in 2018. The government initially hoped it would benefit ten-times that many.

The government should therefore expand the scheme and look to increase take-up. It can’t match the marketing clout banks give to ISAs, so needs to consider other routes. The introduction of autoenrollment pensions led to huge increases in the number of people saving for retirement. Using that idea, all new benefits claimants could automatically be given a Help to Save account, with a small bonus to kickstart their incentive to save.

The scheme is also set to end this year. Reducing support for low-income families wanting to save would be absurd, particularly during the cost of living crisis. So, the government should also make the scheme permanent and allow those eligible to keep their Help to Save accounts into the future.

But nothing in life is free and doing this will cost the government money, at a time when its finances are under pressure.

To pay for this, the government could cap the total amount someone can save into their ISAs at £100,000. This could raise up to £1 billion in additional tax revenue per year – far exceeding any plausible cost of reforming Help to Save, which is currently estimated to cost just 1 per cent of the total cost of ISAs.

It’s fair to say this proposal has lots of push back – almost entirely from rich men who object to paying more tax. But a lack of tax breaks for the wealthiest in society really isn’t the big problem Britain faces right now. It’s plainly obvious that the bigger challenge we face is a lack of savings wealth for millions of low-to-middle income families, who will really need it when the next comes crisis come around. That’s where government incentives need to be targeted.

This article was originally published in Reaction. Read more in our report ISA ISA Baby.