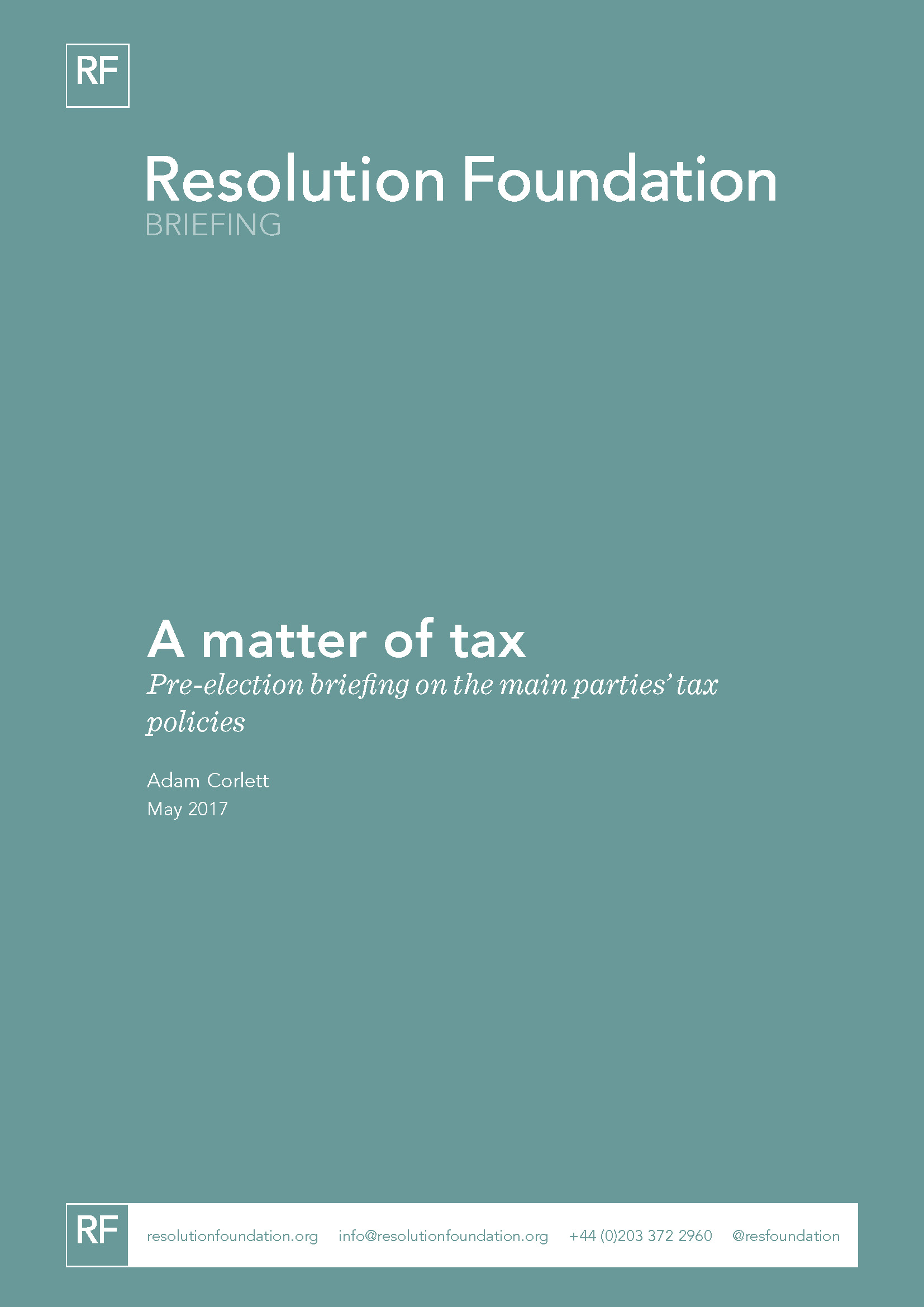 There is much that is unusual about the 2017 general election, from its surprise announcement to the dominance of a single issue – Brexit – on which the parties themselves remain split. Particularly remarkable is the extent to which the tax debate has so far focused more on options for tax rises rather than tax cuts.

The backdrop for this debate is the multitude of tax policies delivered over the last seven years – a mix of tax rises, tax cuts and some limited tax reforms. These related in part to deficit reduction, but political determination to lower income and corporation taxes has also been key, with most tax increases funding tax cuts elsewhere.

Ahead of the 2015 election, all the major parties called for income tax cuts, despite the deficit. But two years on, the ground appears to have shifted. A smaller but still significant budget deficit remains, with elevated debt and looming demographic pressures sharpening the case for a continued focus on the public finances. There is evidence that public opinion has moved on too, and of course those earlier promises have reduced the scope for more tax cuts in the years to come. Add in continued uncertainty about the costs and opportunities that leaving the EU will present – and the altered focus of the tax debate appears understandable.

In this paper – part of our pre-election series – we look at the range of policies which have emerged in this pre-election campaign to date. Some of our analysis is necessarily speculative at this stage but a lot has already been revealed (not least through a full scale leak of the Labour manifesto).

We do not have to wait long for the manifestos of these three parties – or of the Green Party, SNP, Plaid and UKIP whom we have not covered. But it is to be hoped that the next five years will feature bold but considered tax reform. These must aim to support growth (by reducing negative distortions and making the tax system easier to use), improve the long-term sustainability of the public finances, and help low and middle income households especially.

Three challenges for the next five years stand out.