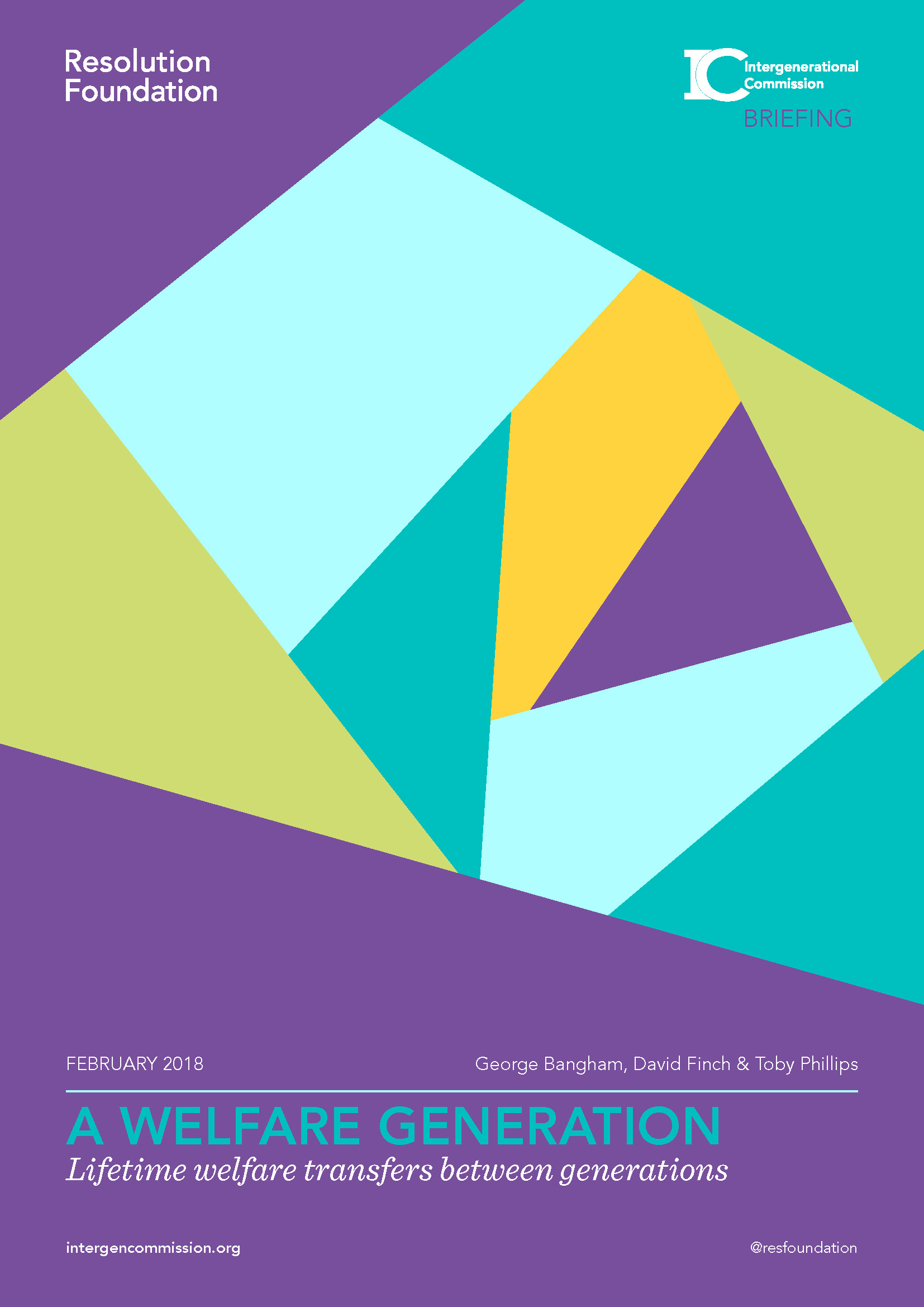 This research paper looks at what people put in and take out from the welfare state over their lifetime, updating John Hills’ seminal research on life-cycle welfare transfers between generations. It estimates the extent to which past and future cohorts contribute to the welfare state via taxation and withdraw from its core pillars – education, health and social security – over the course of their lifetimes. It finds that successive generations have received more from Britain’s welfare system than they have paid in, with baby boomers gaining the most so far and the pre-war ‘silent generation’ gaining the least.

The UK welfare system runs on a ‘pay as you go’ basis, with workers contributing to fund support for children, pensioners and those in need. If longevity, cohort size and levels of tax and spend remained the same across time, then, with an annual balanced budget, successive cohorts would put in precisely what they take out. Of course in reality that is not the case, and variation in each of those factors shapes the extent to which different cohorts as a whole are net withdrawers from the welfare state over their lifetimes.