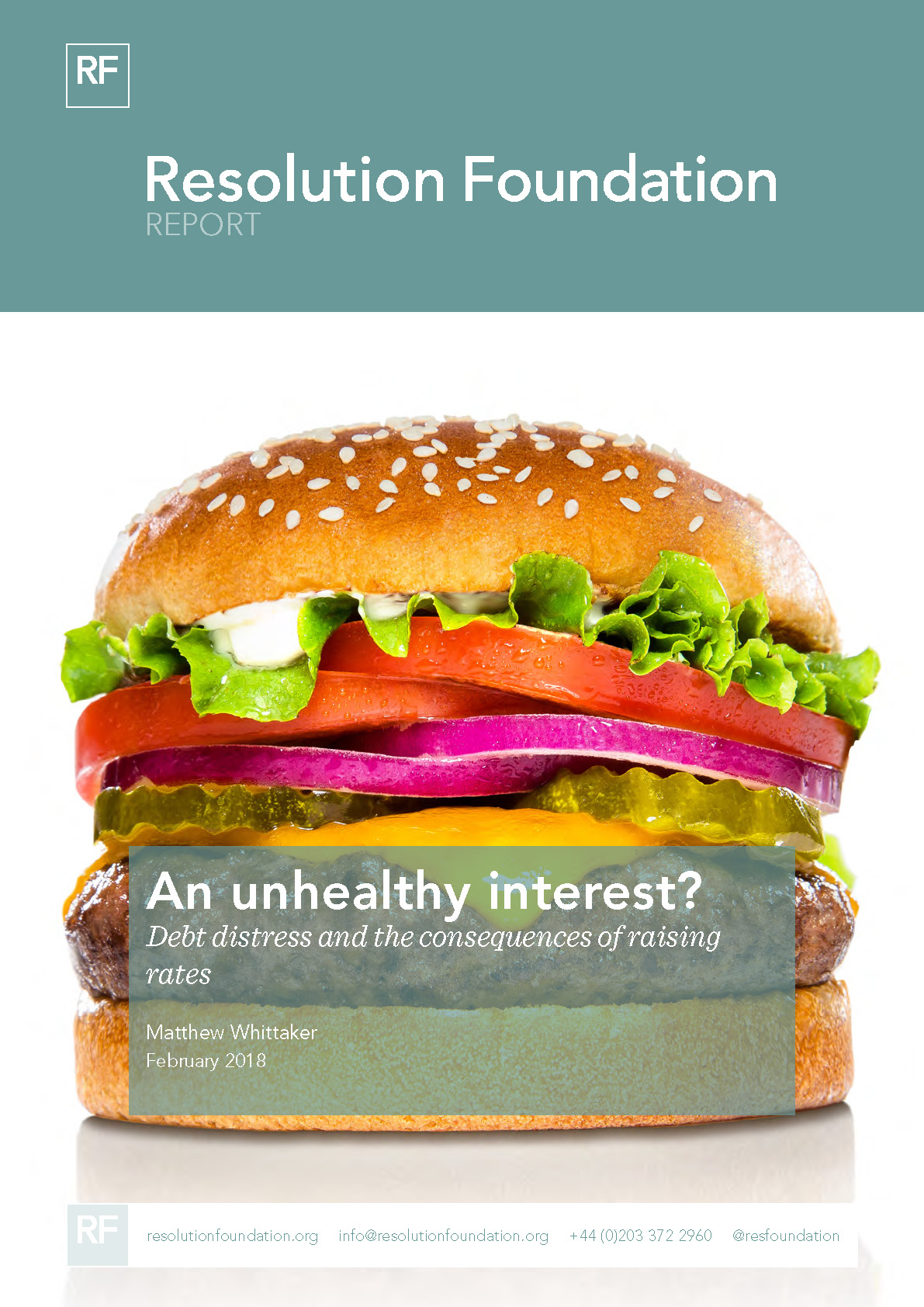 Standing at nearly £1.9 trillion, UK household debt remains a big issue. It is one that has very real and very obvious relevance for those families having to meet repayment commitments. But it is one that has macroeconomic implications too: the debt hangover that has endured over the past decade has undoubtedly hampered the UK’s recovery from the financial crisis. It is unsurprising therefore that the recent ‘surge’ in consumer credit growth has provoked some concerns that households are once again storing up problems for the future – especially with interest rate rises expected over the coming years.

The good news is that much of the credit ‘surge’ appears to have been associated with borrowing by higher income households, who we would expect to be relatively well placed to deal with future shifts in circumstance. And many of the credit market fundamentals look much improved relative to the pre-crisis period, with tighter lending criteria and closer monitoring of potentially unwelcome developments.

But while the flow of credit may be much improved, the stock remains substantial. Increases in the base rate will inevitably increase costs for many indebted households and have the potential to further increase the debt ‘distress’ faced by some.

In the absence of a further major economic shock, the fall-out from future rate rises is unlikely to pose serious affordability issues for the majority of borrowers however. The base rate is expected to rise only gradually, and to remain well below past norms. With such rises taking time to feed through to borrowing costs – and even then not necessarily in full – most indebted households are likely to be able to comfortably continue to meet their credit commitments.

But the evolution of debt and interest rates will almost certainly create significant difficulty for a minority of households. Predicting how many households will fall into this minority is difficult – the future is inevitably uncertain – but it is clear that lower income borrowers and those with ‘atypical’ characteristics appear most exposed.

With this in mind, it’s important that – along with continuing to ensure the flow of new borrowing is of sufficient quality – regulators and lenders alike are sensitive to the ongoing problems associated with the pre-existing debt overhang.

The art of expectations management
A bleak outlook from the Bank of England as it scales back rate hike expectations
3 November 2022
·
James Smith
Housing Outlook Q3 2022
17 September 2022
·
Felicia Odamtten, Daniel Tomlinson
Slower for longer
The Bank of England tightens monetary policy again and warns that the outlook is bleak
4 August 2022
·
Jack Leslie, James Smith
Back to top