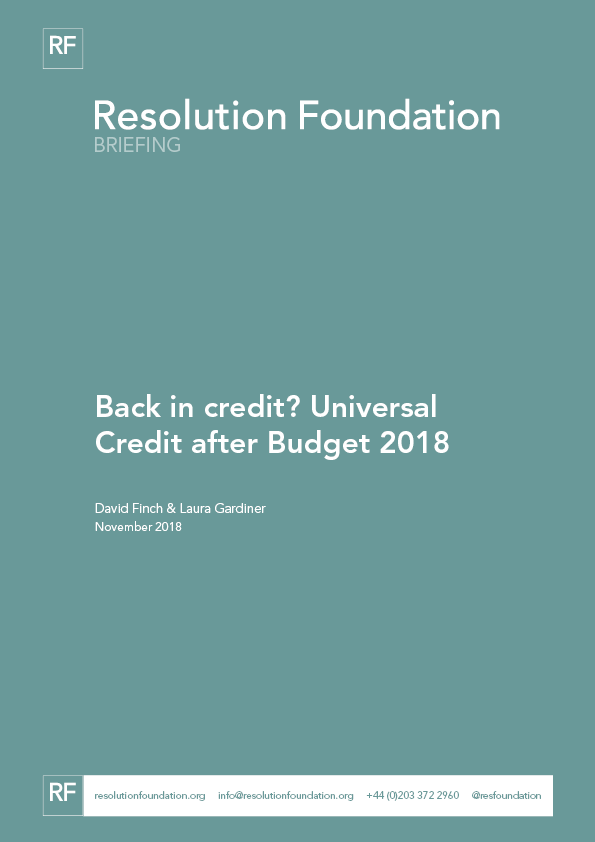 This briefing note focuses on the implications of recent changes to Universal Credit (UC) – in particular the £1,000 increase in work allowances announced in Budget 2018 – for the number of winners and losers from the switch to this new benefit system, for UC’s generosity and for its impact on work incentives.