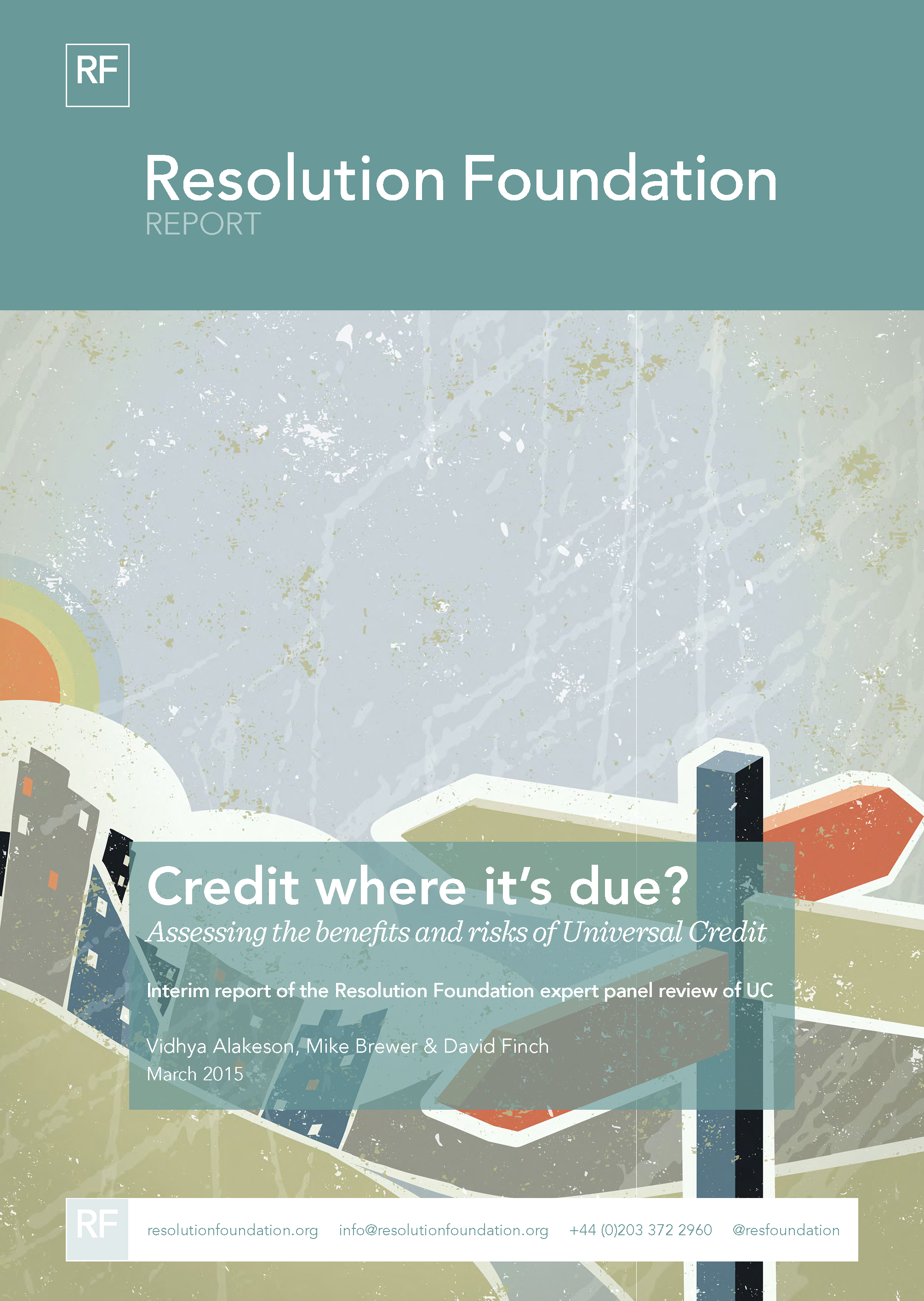 The government’s plans for Universal Credit (UC) were first set out in November 2010, and its concept has received broad cross-party support. But the process of implementation has been dogged by a series of delays – the OBR now anticipates that it will not be fully rolled out until at least 2020, potentially 3 years later than originally planned – causing some to question whether the policy will ever be delivered.

The Resolution Foundation review – launched in 2014 – takes as its starting point the assessment that UC retains the scope to deliver significant benefits, but that its design requires careful reappraisal to ensure that it still meets the aims originally set out. The review brings together a highly regarded panel of experts to assess the design of UC and determine whether it will meet its key goals of simplifying the benefits system and providing stronger incentives to enter and progress in work. A final report will be published, with policy recommendations after the election.

This interim report sets out the challenges facing UC as identified by the review, and the areas most in need of attention. We present new analysis of the impact that UC will have on incomes and incentives to work, point towards potential risks and improvements, and draw out the key questions that will be addressed in the final report.