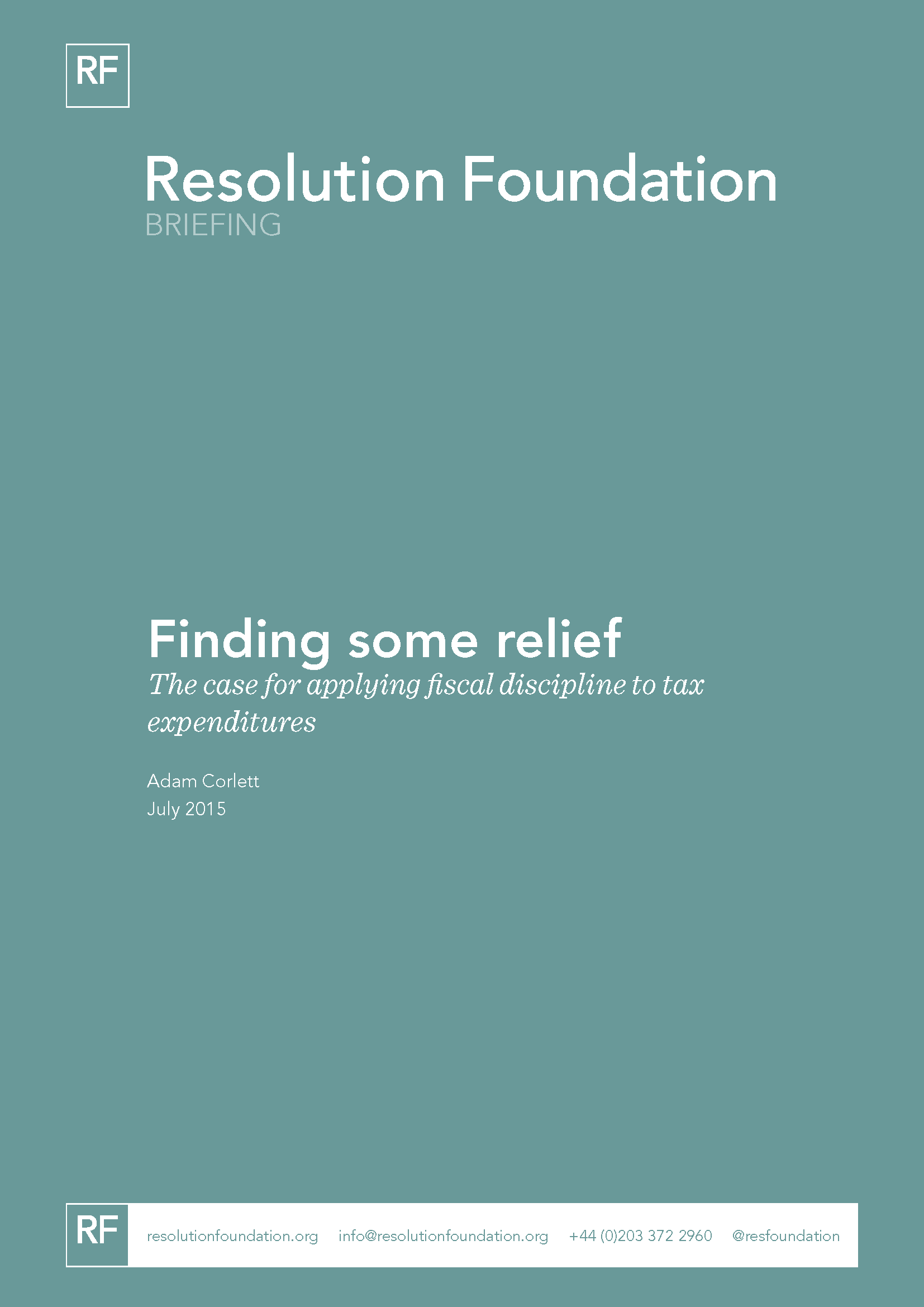 Since becoming Chancellor in 2010, George Osborne has introduced a range of institutional changes to lock-in budget scrutiny, reduce borrowing and restrain welfare spending. But in relation to public ‘spending’ in the form of special tax rules or reliefs for particular groups, evaluation of value for money remains as weak as ever. Using a narrow definition of such tax expenditure to cover those measures most analogous to public spending, we estimate that the total surpassed £100 billion in 2014-15. Many of these measures serve valuable purposes but, given the scale of forgone funds, significantly closer scrutiny is warranted. Just as we now have a ‘cap’ on working-age welfare, might we also consider some form of limit on tax expenditures? In this briefing we set out the various tax expenditures currently in place and consider a range of scrutiny mechanisms that have been proposed from which the Chancellor could choose to further entrench fiscal discipline.

Even outside of tight fiscal times, institutionalising greater scrutiny of tax expenditures would be a goal worth pursuing. In the current climate, with so many extremely difficult and potentially painful choices to be made on welfare, public services and taxes, it takes on added urgency. There have been many calls for reform in the past, and many options presented, alongside best practice from abroad, as to how to deliver that increased scrutiny. A non-exhaustive list includes: