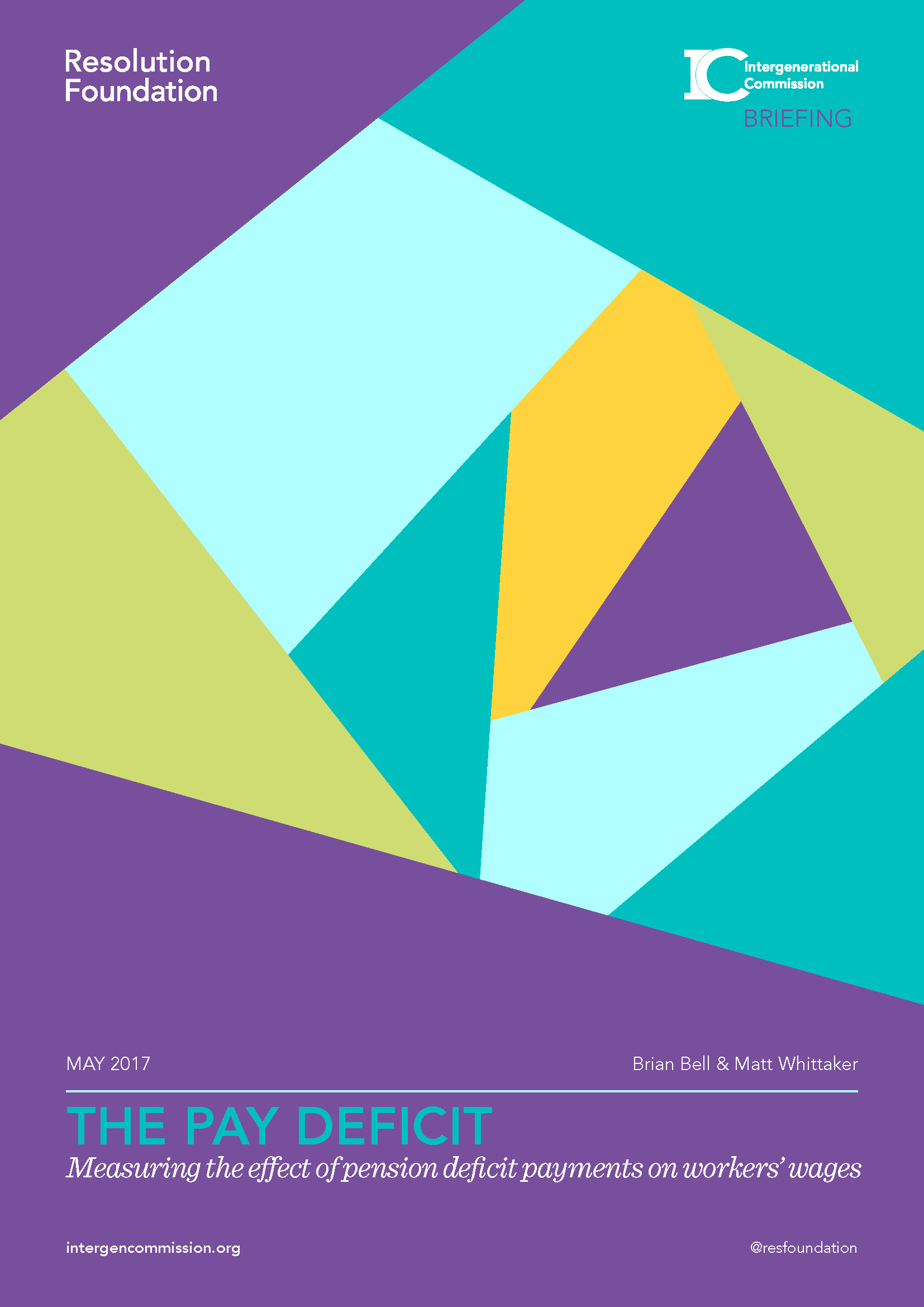 Across the UK economy, the share of overall employee compensation accounted for by non-wage elements such as employer pension contributions has increased substantially since 2000. This increase was driven in no small part by increased payments by employers to plug defined benefit deficits and coincided with a marked pre-crisis slowdown in pay growth, causing speculation as to whether the two phenomenon are linked.

This paper presents the first empirical testing of what has happened over this period. It identifies a strongly significant negative correlation at the firm level between deficit payments and employee pay levels. It notes that the effect is stronger for current members of the pension scheme, but finds that it is present even among non-members when looking at the bottom end of the pay distribution.

At the macro level, these effects are not large enough to explain more than a small part of the generalised slowdown in pay growth that has occurred since the early-2000s. Nevertheless, the micro firm-level effects are sizeable. Further research is needed to understand how pension deficit payments have additionally impacted on profits and investment.