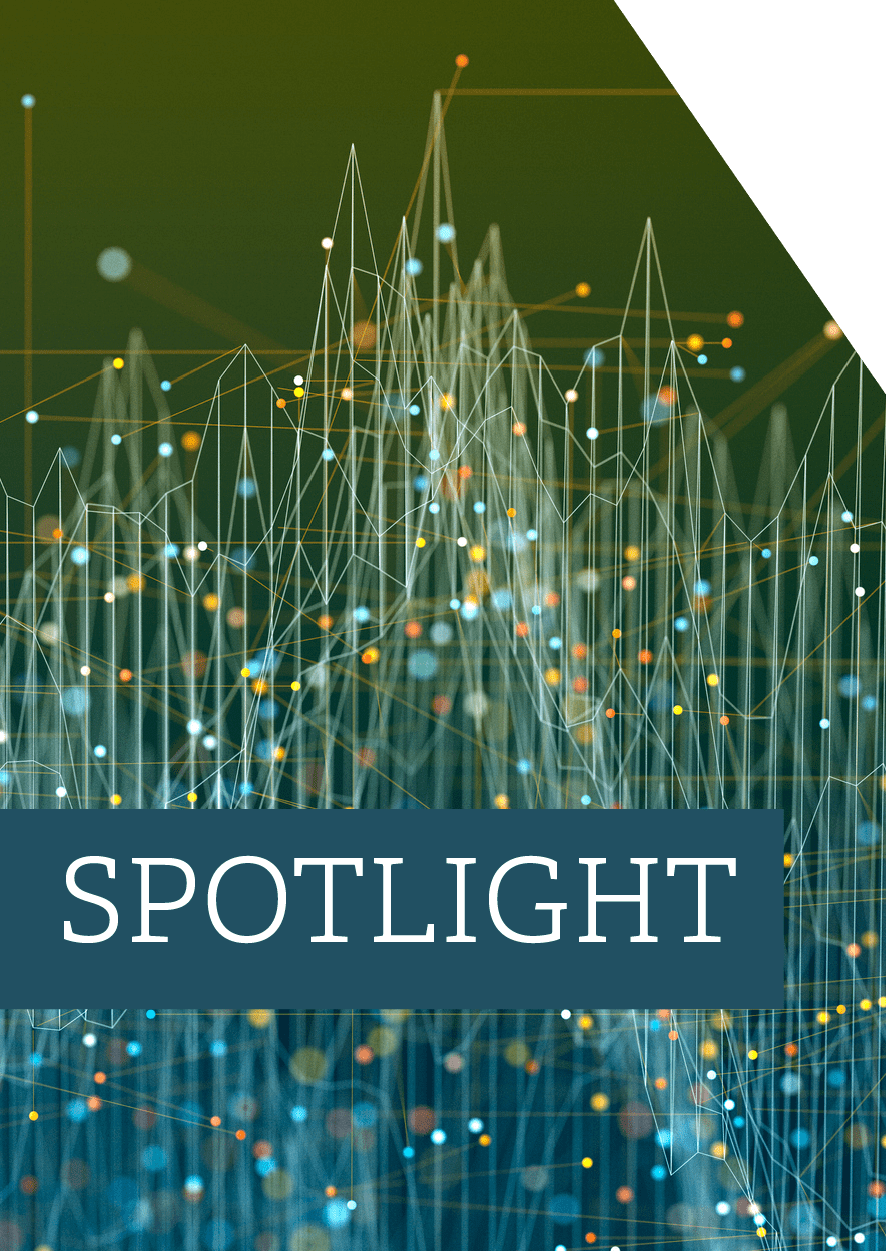 The Bank of England performed a ‘bait and switch’ by not raising rates in November when many people expected they would, but then raising them today when many thought the rise of Omicron would mean that they would wait to see the impact of the new wave. Many commentators have focussed on the high current level of inflation as a key reason for raising rates. But the truth is that this is driven by global factors which the Bank cannot control. Instead, the key reason for the rate rise is the tightness of the labour market and the worry that this will lead to more sustained inflation in future, for example by increasing expectations of future inflation. While a series of interest rate rises would slow the economy significantly, today’s rate rise – at just 0.15 percentage points – will have a limited impact on the overall economic outlook. Instead, as has been the case through much of the pandemic, fiscal policy remains the main ‘game in town’, so it will be down to the Chancellor to provide the much-needed support for the sectors that will be hit by the large rise in Omicron cases.

Today the Bank of England’s Monetary Policy Committee (MPC) raised its policy rate from all-time lows of 0.1 per cent to 0.25 per cent. In end the timing was something of a surprise with many expecting a rate rise last month; and the rise of the Omicron variant seemingly providing a rationale for waiting this month (see this speech by MPC member Michael Saunders for that case). In doing so the Bank of England became the first of the world’s major central banks to raise rates. In this Spotlight we look at the reasons for doing so, and the impact on families.

Current high levels of inflation will make the Bank of England uneasy but there is little they can do to address its underlying causes. As Figure 1 shows, inflation has surprised to the upside this year with the MPC now saying that it is set to peak at around 6 per cent in April next year. If realised, that would be the highest inflation rate in 30 years. Such high rates are a problem not least because they reduce families’ spending power. But they are also
uncomfortable for the MPC given they represent a large deviation from its 2 per cent inflation target. That said, current above-target inflation almost entirely reflects normalising energy prices and global goods prices that are being pushed up by supply-chain problems in world markets (see Chart 2 in
this speech by Bank of England Deputy, Ben Broadbent). Neither of these factors will be helped noticeably by raising rates. Indeed, for the Bank to try to bring inflation down in the near term would simply result in derailing the economy given the time it takes for interest rate rises to take full effect (normally thought to be 18 months or so).

Figure 1: The Bank of England has raised its forecast for inflation further 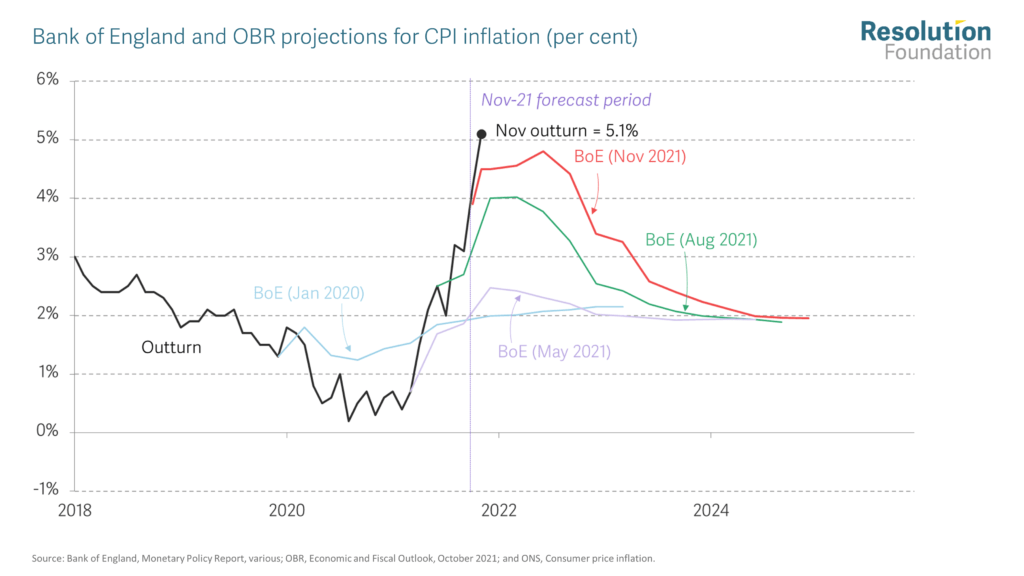 Instead the Bank is worried about inflation coming through the pipeline. Here the key source of sustained domestic inflation is the labour market where the news in recent months has been very positive with the success of the Government’s furlough scheme limiting the impact of the pandemic in terms of rising overall unemployment. Unemployment has repeatedly surprised to the downside during the pandemic (Figure 2). In November, the MPC said that the key uncertainty it faced at the time was the impact of the end of the Job Retention Scheme. Since then, unemployment has fallen further, with the rate in the three months to October falling to just 4.2 per cent. While the labour market recovery still has further to run, the Bank is clear that it believes the recovery so far is consistent with it becoming a building source of inflationary pressure and so supports the case for a gradual rise in interest rates.

Figure 2: The labour market has tightened significantly in recent months 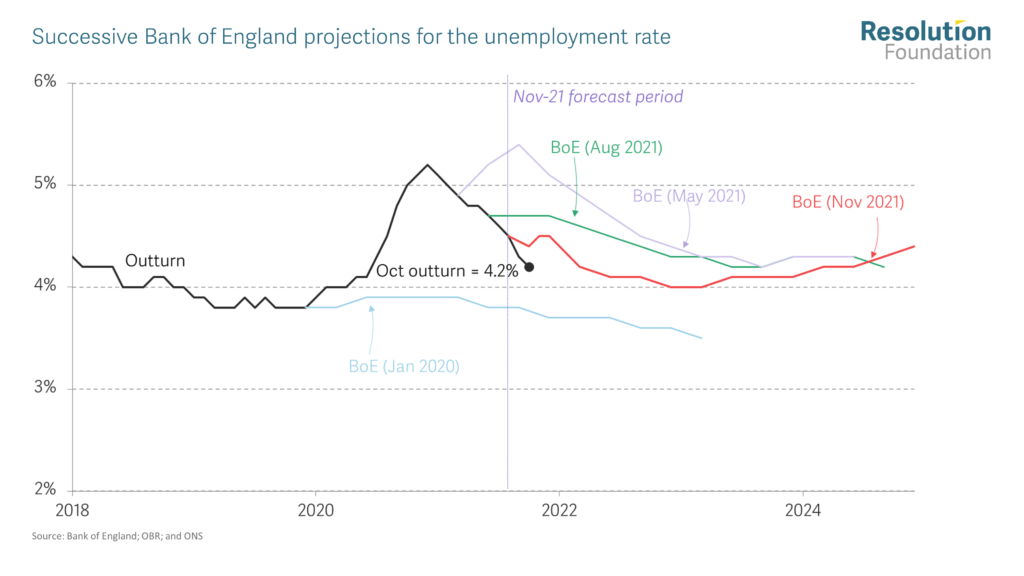 Figure 3: Household inflation expectations have risen but by less than inflation 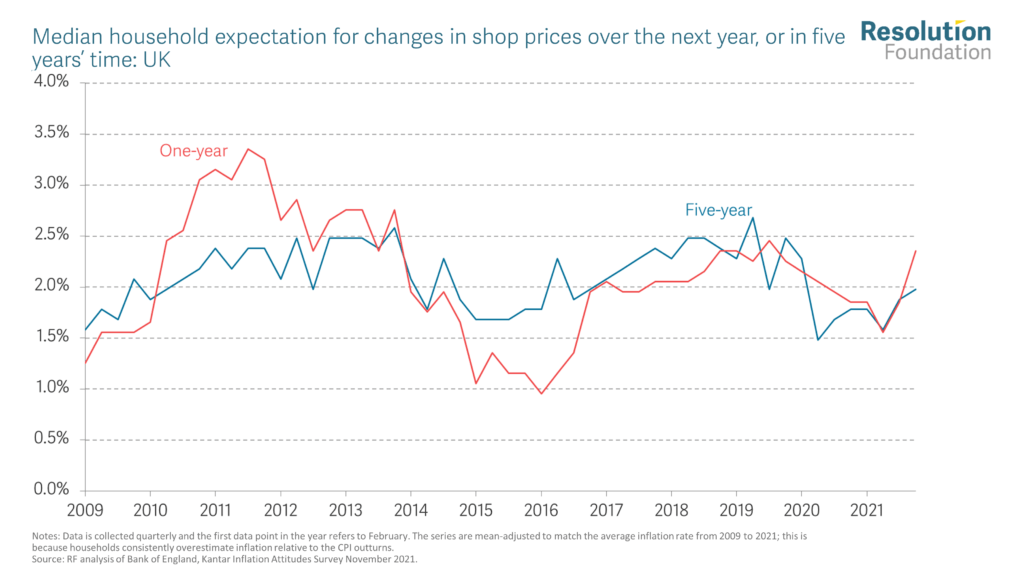 The direct effect of today’s policy change will be small

Figure 4: Impact on economy of changing rates has declined 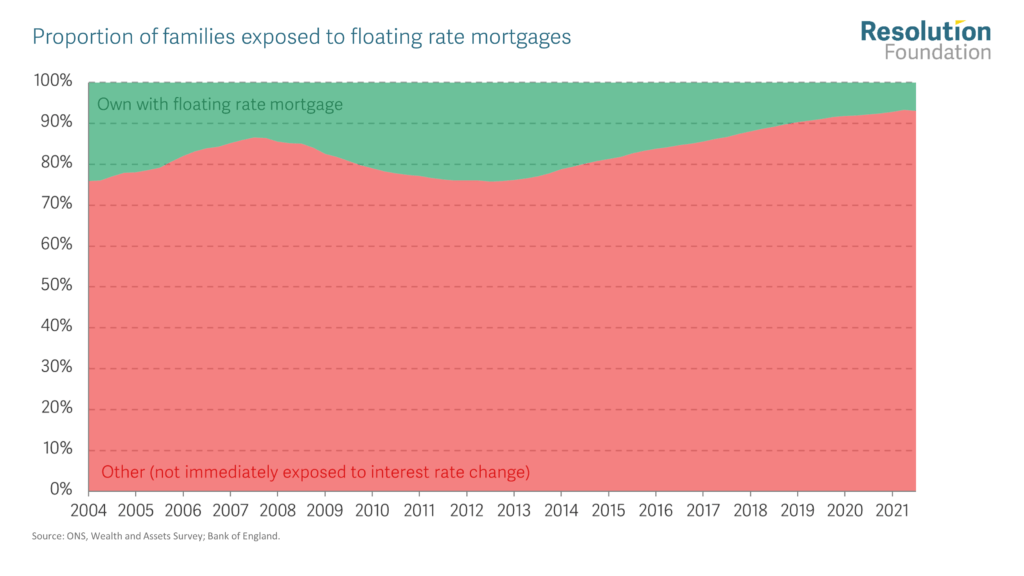 Moreover, despite a number of other ways in which interest rate changes feed through to the economy, rates remain at a low level and so the impact should be small. Higher rates will also tend to increase the cost of borrowing for firms. It will also increase the cost of debt repayments for the Government, tightening the fiscal position. And rate rises can also lead to a tightening in financial conditions as asset prices fall and the value of the pound increases. But given this is a small change, and rates remain incredibly low (the Bank of England’s policy rate has been lower than 0.25 per cent in only 20 of the getting on for 4,000 months the Bank has been in existence!), the impact through these other channels should also be small.

The truth is that fiscal policy has played the key role of supporting the economy through the pandemic. When the pandemic hit, the Bank quickly cut rates and restarted its QE programme. But the pre-existing low level of interest rates – and the nature of the crisis – meant that fiscal policy was much better placed to support the economy. Since then, the Government has put support measures worth around £350 billion in place. These policies have been very powerful in minimising the damage from Covid-19 on household living standards, including via the labour market. By contrast the Bank of England has played a supporting role by continuing its purchases of government debt in financial markets.

Figure 5: The economic outlook has deteriorated 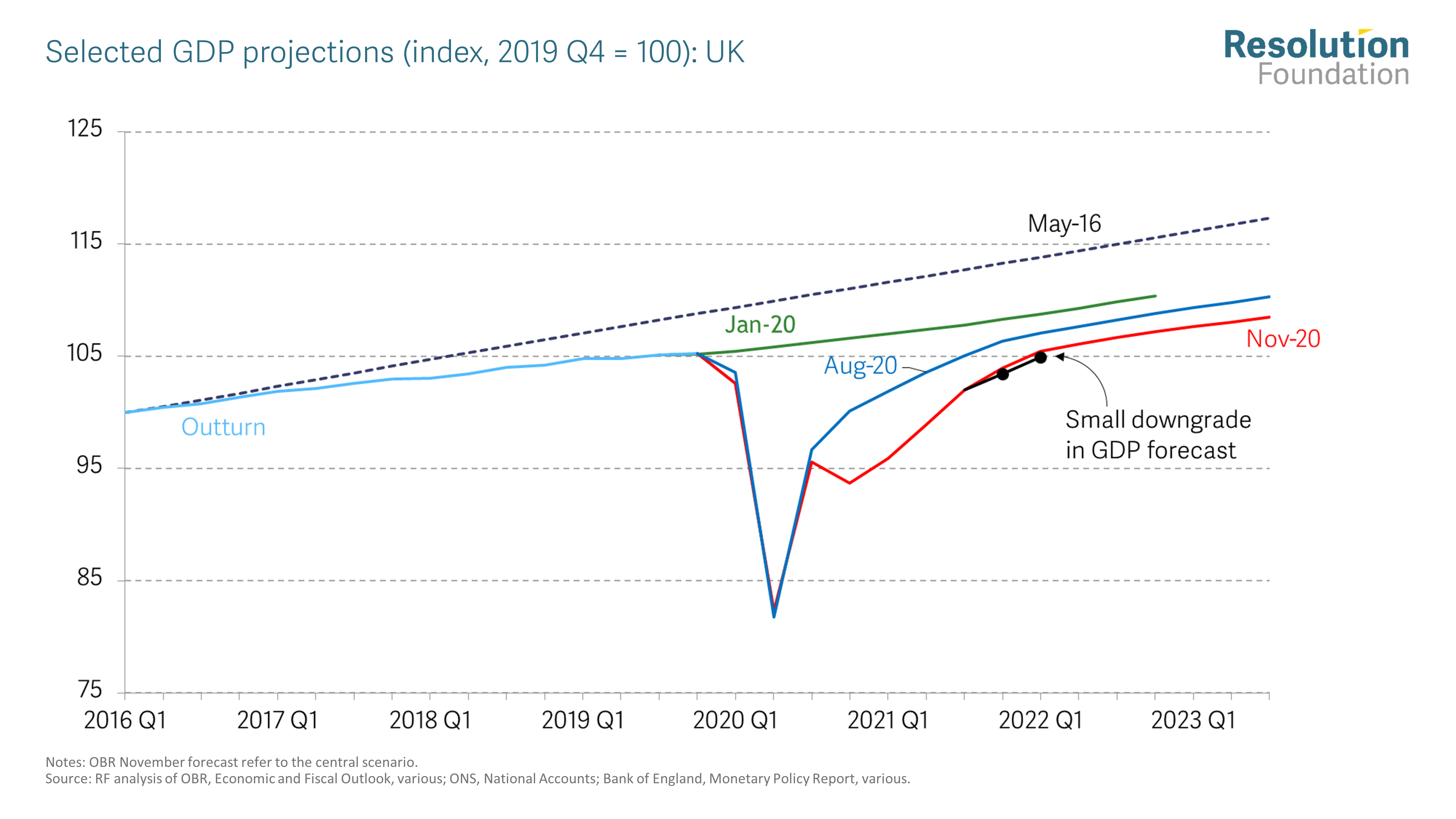 It will be down to the Chancellor to support the economy as we face the new wave and a cost of living crunch. As set out in our previous work, the emergence of the Omicron variant is set to lead to a huge rise in infections. Given this, it’s hard to see how further restrictions can be avoided without the NHS being overwhelmed. Even if the Prime Minister continues with his trademark optimism and puts off introducing new measures for as long as possible, we are already seeing evidence of a sharp fall in social spending (dining out has fall by around 20 per cent since the news of the new variant broke) and timely measures of economic activity have fallen sharply (for example, the PMIs for December were down sharply). There was some sense of this today from the Bank as it acknowledged the weaker outlook for the economy (Figure 5). And even before the emergence of Omicron, rising energy bills and broader increases in the cost of living meant that the real (inflation-adjusted) value of pay is likely to already be falling. Given all this, the Government should act quickly to provide economic support to affected areas of the economy. Reviving a more limited version of the furlough scheme is the best and quickest way to achieve that, supported by
other targeted measures. Taking steps as soon possible to ensure that we get through the coming winter as safely and painlessly is the priority. All this means the real focus should be on what the Chancellor does next, rather than on today’s policy change from the Bank of England.