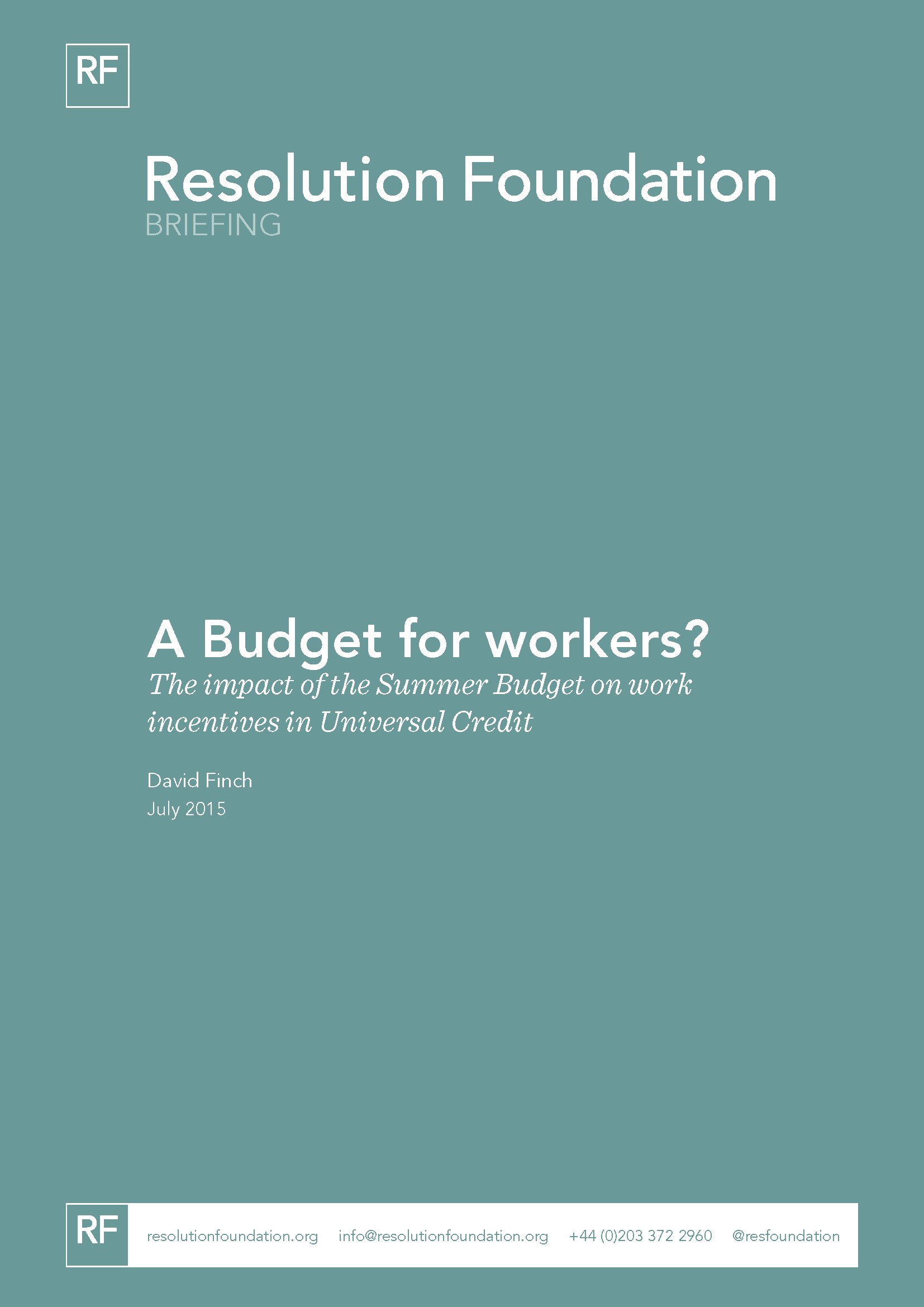 The combination of increases in the minimum wage (via the introduction of a National Living Wage), cuts to income tax and sharp reductions in working-age welfare presented in the Summer Budget produces a complex mix of winners and losers. Those not currently in receipt of benefits and tax credits (or Universal Credit) are likely to gain overall, while others face losing up to several thousands of pounds a year. For families moving onto these benefits after April 2017, the losses could be far greater still, with future generosity being cut further for new claimants.