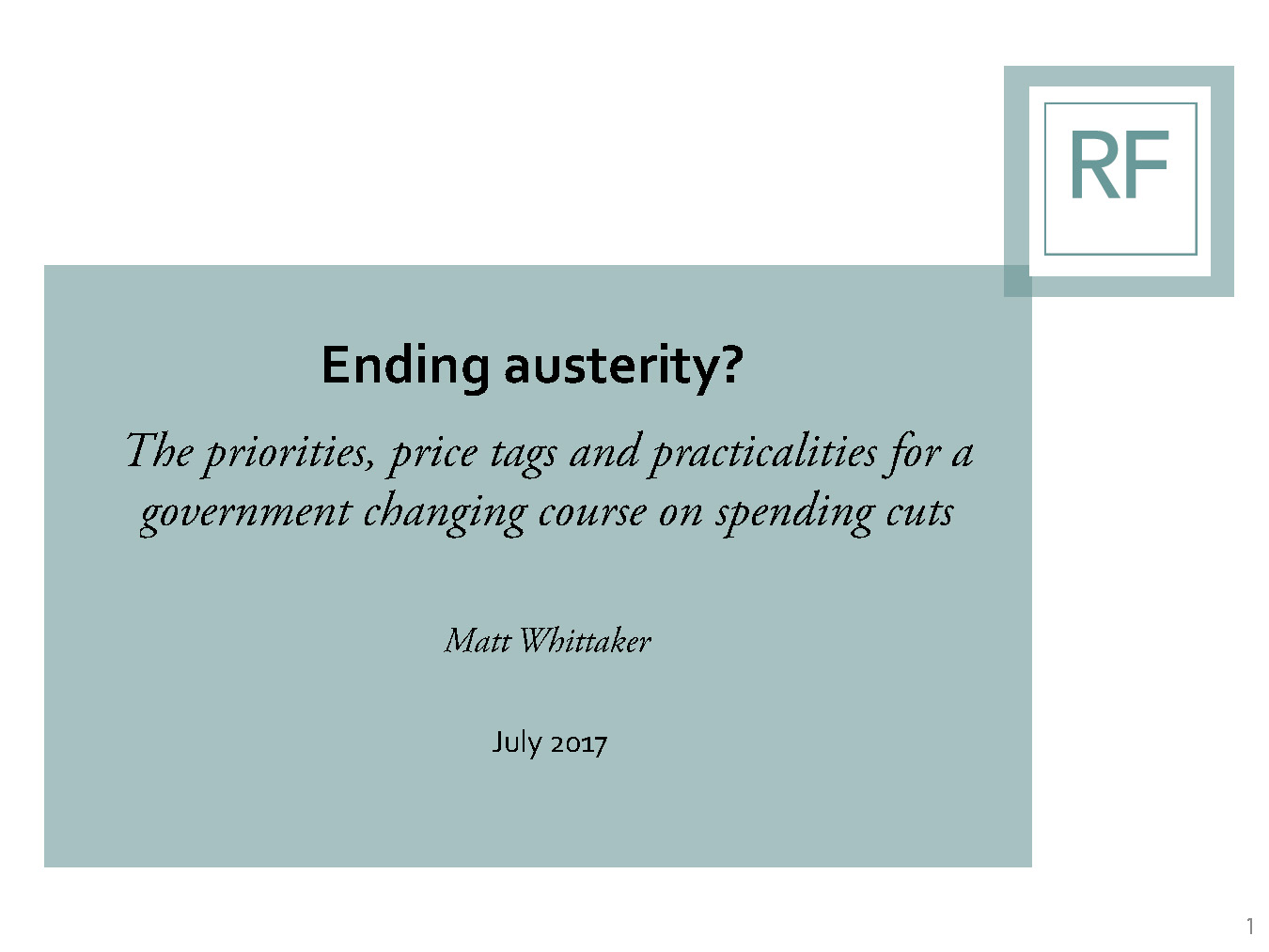 Britain is seven years into a prolonged period of fiscal consolidation, in which constraints on public spending have been the central feature and are set to continue for some years to come. Following the general election  there has been a significant debate about the extent to which the result – and the failure of the Conservative party to secure a majority – reflected a rejection of  this continued ‘austerity’ and whether the government should now change course.

But  this debate has largely focused on the desirability of easing specific spending constraints, without engaging with broader questions of  prioritisation, price tags or practicalities of trade-offs with tax increases or additional borrowing. In this note we look at what ‘ending’ austerity might actually mean and the trade-offs for anyone wanting to make it a reality.