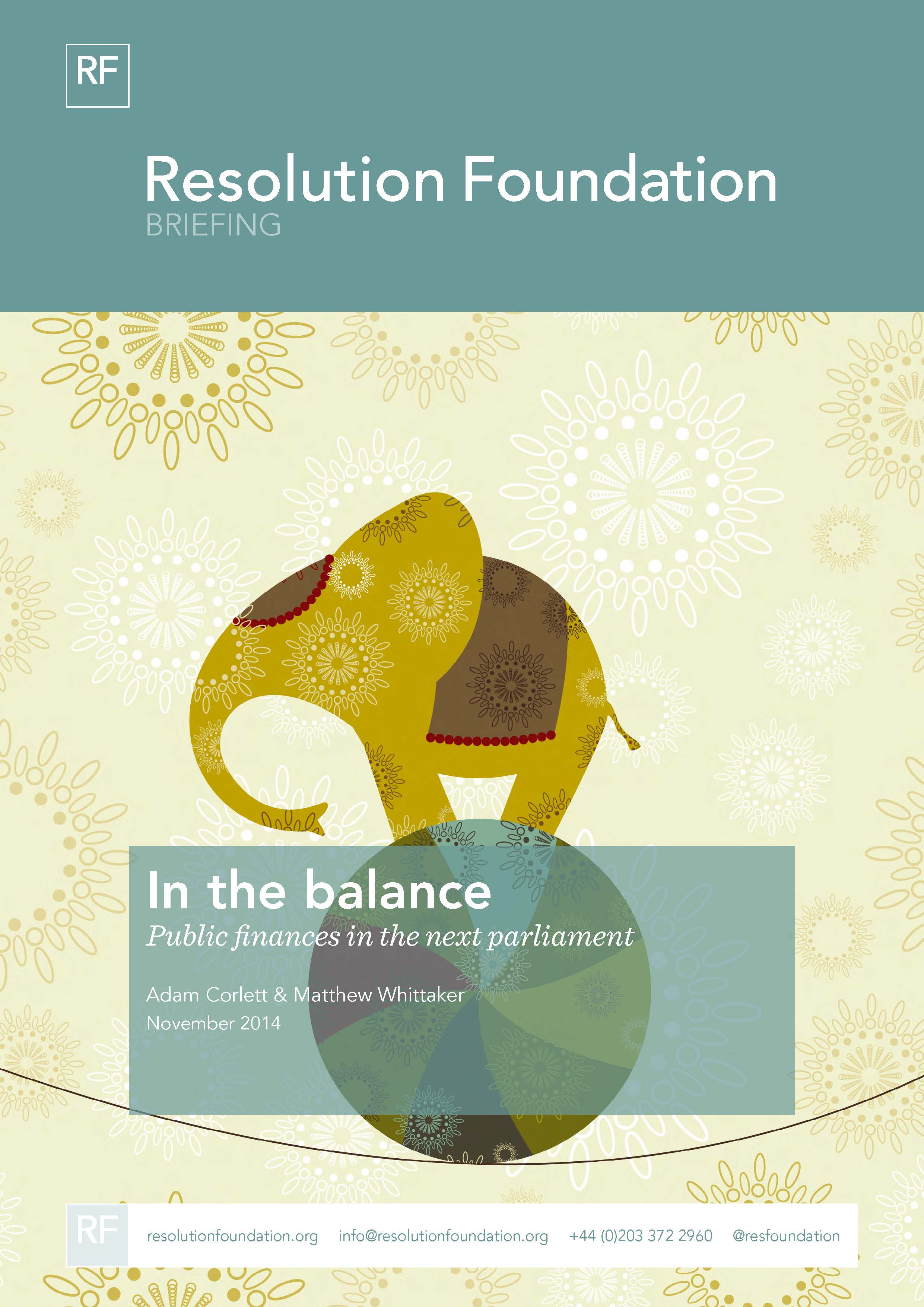 With the Coalition government expected to have delivered around half of its intended fiscal consolidation programme by the end of the current parliament, debates over public finances are set to loom large in the coming election campaign. To date, we have only very broad outlines of the preferred approaches of each of the main parties.

Assessing precisely what is implied by the parties’ differing approaches depends on a number of details around timings and mechanisms which have not yet been specified, and we make no attempt in this note to offer a definitive evaluation. Instead, we present indicative outcomes based on a range of reasonable interpretations of the different rules. In doing so, we make use of the OBR projections for growth, spending and receipts set out alongside Budget 2014. These figures will of course be revised at Autumn Statement 2014 (and again at Budget 2015) – not least because current estimates suggest that the previously projected tax revenues are set to significantly undershoot this year – meaning that all of our analysis will also be altered, reinforcing the need to treat our findings as indicative only.