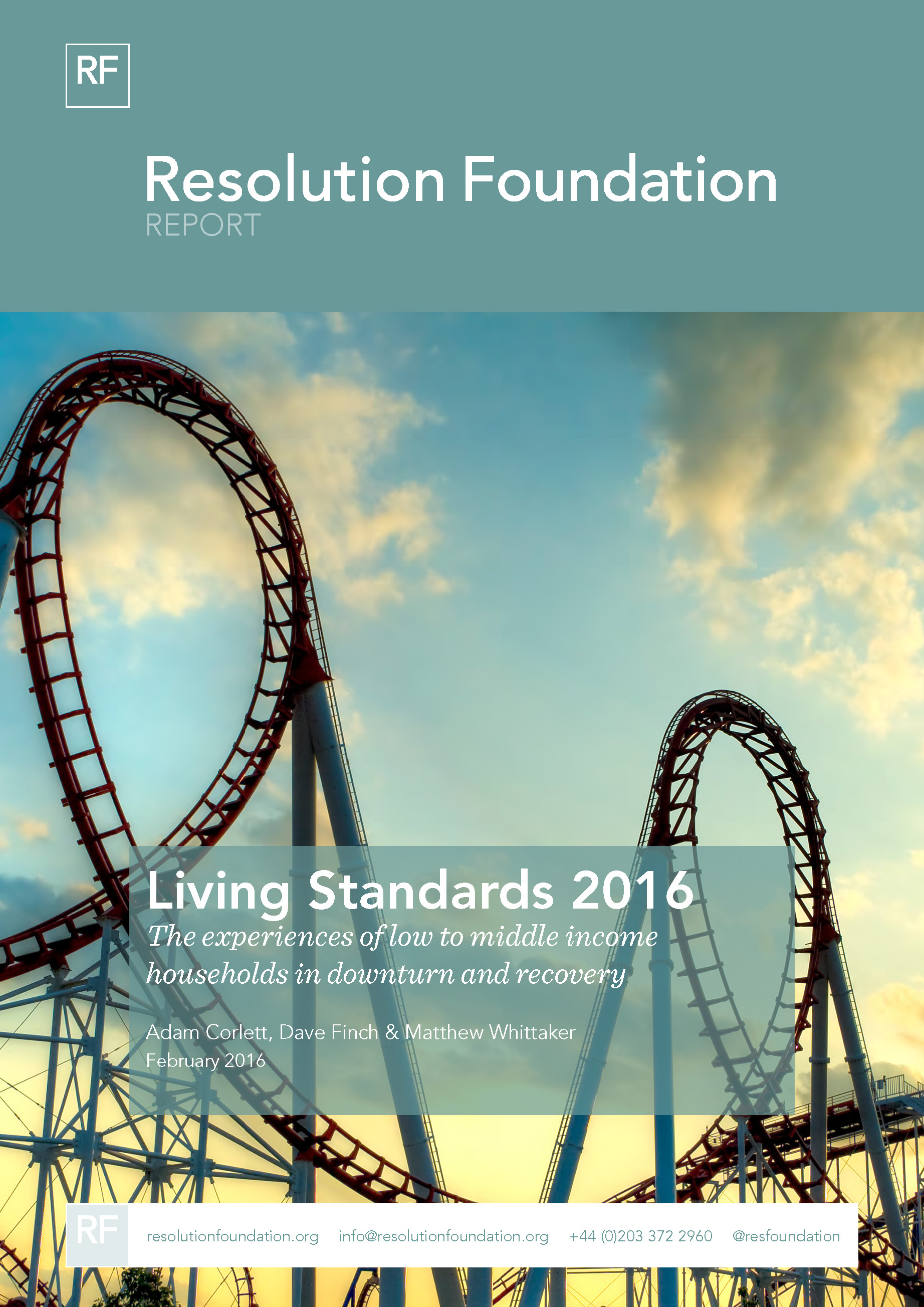 This is the Resolution Foundation’s seventh annual state of the nation report on living standards, and it is testament to the depth of the downturn that has gripped households since the financial crisis hit that average incomes only just appear to be returning to the level they were at when we published the first one in the series.

In this year’s report we explore the question of just how broadly felt the early stages of the country’s living standards recovery has been, employing a ‘nowcast’ to provide a timely estimate of trends in income growth across Britain. We go further, undertaking a forecast for incomes that lets us provide some indication of how the distribution of the gains of growth will evolve over the rest of the parliament. And, as ever, we focus on the particular experience of low to middle income Britain – the 5.7 million primarily working households in the bottom half of the working-age income distribution who face a range of often unique pressures during good economic times and bad.