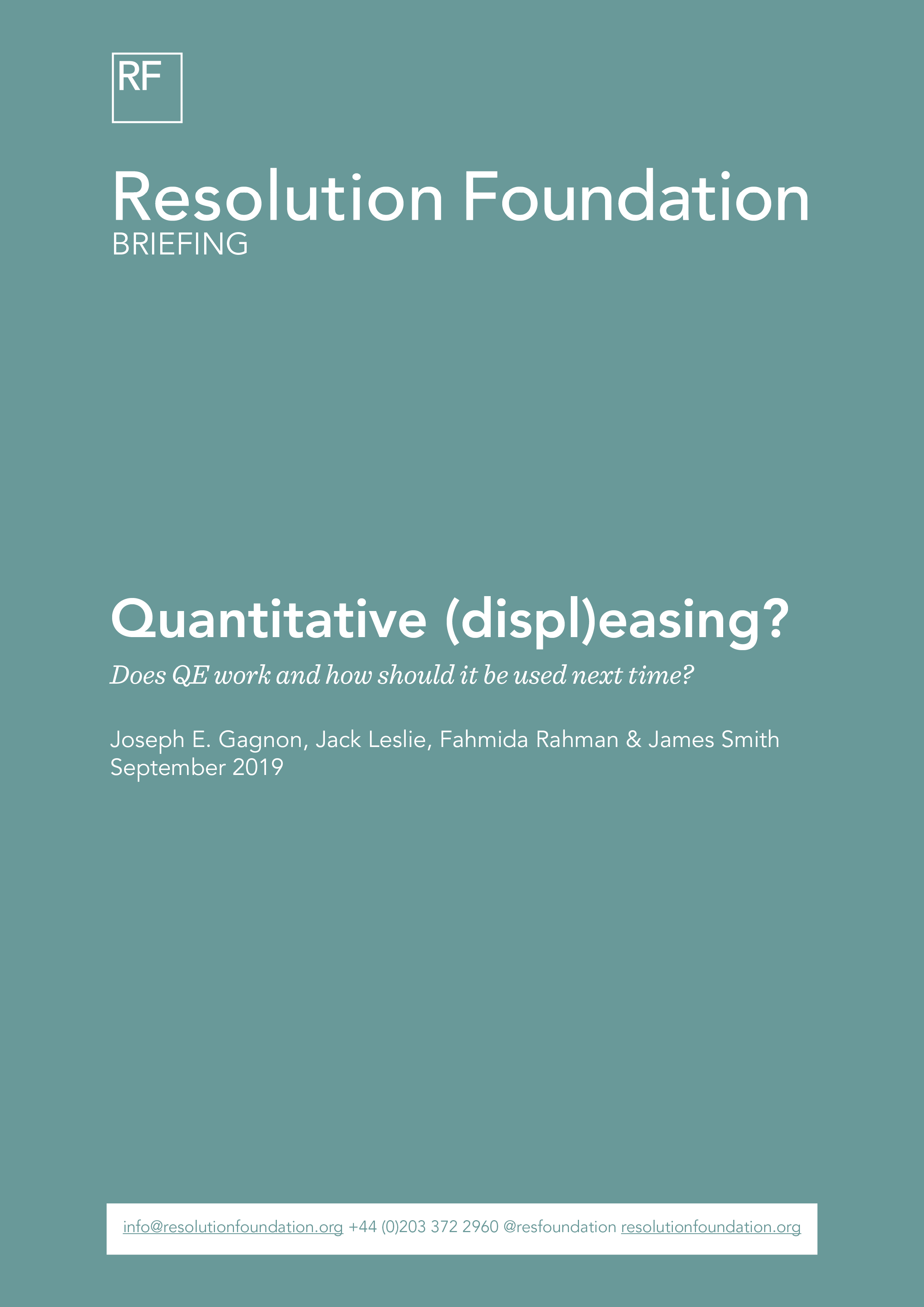 After the financial crisis, central banks purchased massive amounts of long-term bonds to stimulate economies. These purchases have come to be known as quantitative easing (QE) and have been hugely controversial – barely a third (37 per cent) of UK Members of Parliament, when polled, support its use in future.

In theory, QE stimulates the economy by reducing long-term interest rates and evidence supports the theory: long-term rates fall by around 0.5 to 1 percentage points for bond purchases equalling 10% of GDP. But future QE programmes might be less effective now long-term bond rates are at or near historic lows.

Evidence also suggests that, while QE has exacerbated existing absolute wealth inequalities (40 per cent of the aggregate gains in asset prices went to the wealthiest 10 per cent of households in the UK), the macroeconomic effect was positive and progressive. The impact of QE on employment and wages provided a 4.3 per cent income boost to those in the bottom half of the income distribution, compared to a 3.2 per cent boost across the top half.

To minimise concerns around the legitimacy of using QE in future, central banks should be more transparent and regular in its use, and politicians can help by providing central banks with clearer mandates.