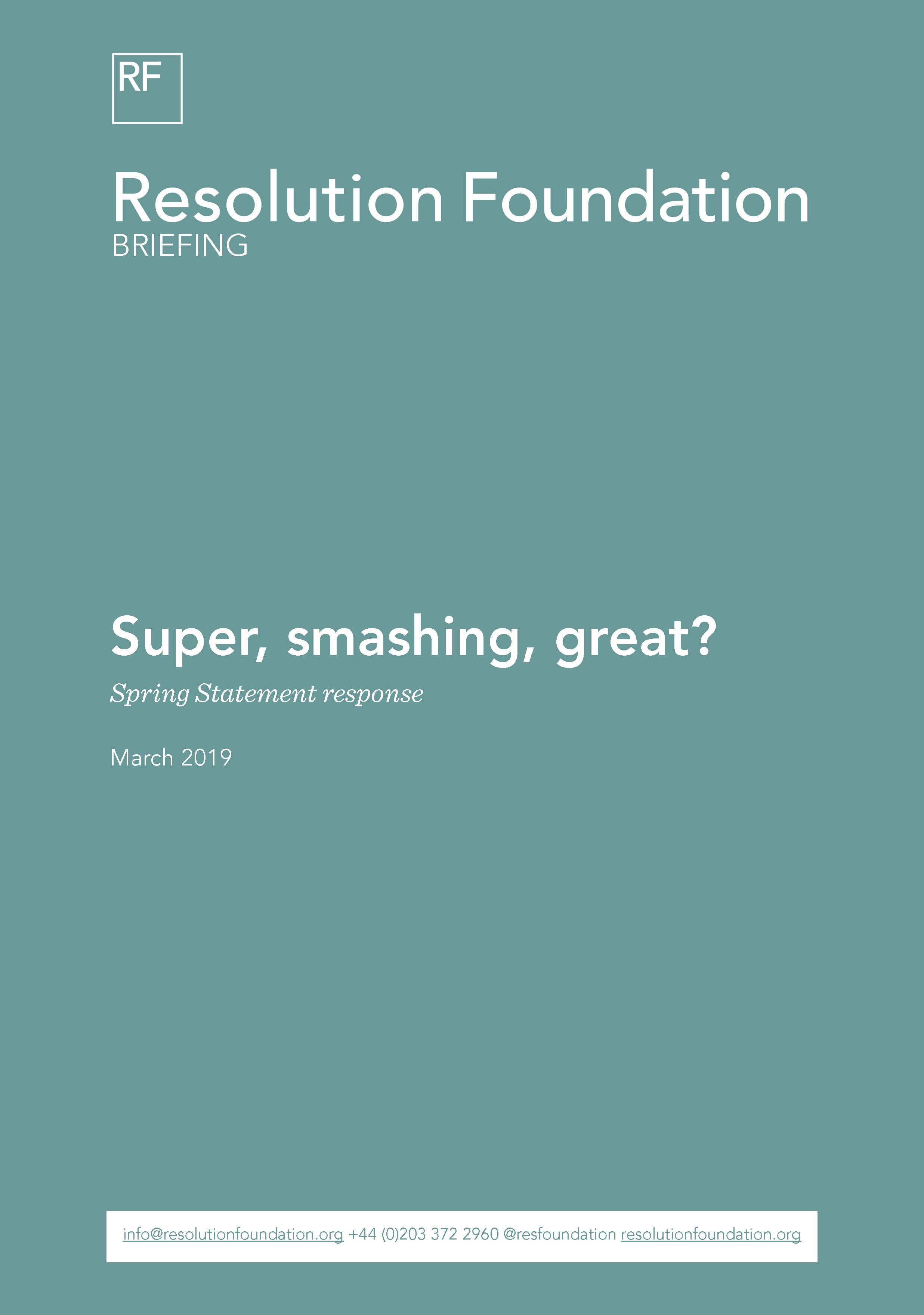 The 2019 Spring Statement provided little in the way of answers. We had new OBR forecasts, with yet another fiscal windfall for the Exchequer – but the fact that they were predicated on an increasingly questionable assumption of an orderly Brexit on 29 March meant they were at risk of being out of date before the Chancellor even stood up. We were also offered the prospect of a Spending Review later this year that would provide significant new funding for government departments and an opportunity to ‘end austerity’ – but the understandably conditional nature of this offer meant we got nothing on just how much extra spending we were talking about, nor what areas of expenditure the government wants to prioritise in the coming years.

Instead, the Statement and the associated OBR Outlook shone a brighter light on the big questions facing the UK economy as it approaches Brexit. Questions about how businesses, consumers and government will shift their behaviour in the coming months in the light of ongoing uncertainty.

Will business confidence, and with it investment, return? Or will the prospect of a protracted period of negotiations mean that postponed investment turns into cancelled investment? And will consumers carry on spending regardless, as the OBR’s projections assume? Or will their confidence falter, depriving the economy of a key element of growth? And just how will government marry up its desire to end austerity and lower the level of government debt? Spending increases look to be on the way, but who will benefit? It’s part of the nature of UK politics right now to throw up more questions than answers. But, as with so much else that’s going on, we must hope that we obtain more clarity over the coming weeks and months.

Lots of difficult times will still lie ahead – not least with sluggish growth here and around most of the world. But the good news on the public finances means a corner could then be turned on austerity for our public services. By that point hopefully all the main parties will recognise that ending austerity has to mean ending it for the living standards of low and middle income families as well. Then maybe, even if times remain tough and choices hard, we can reasonably talk about hitting the bullseye.