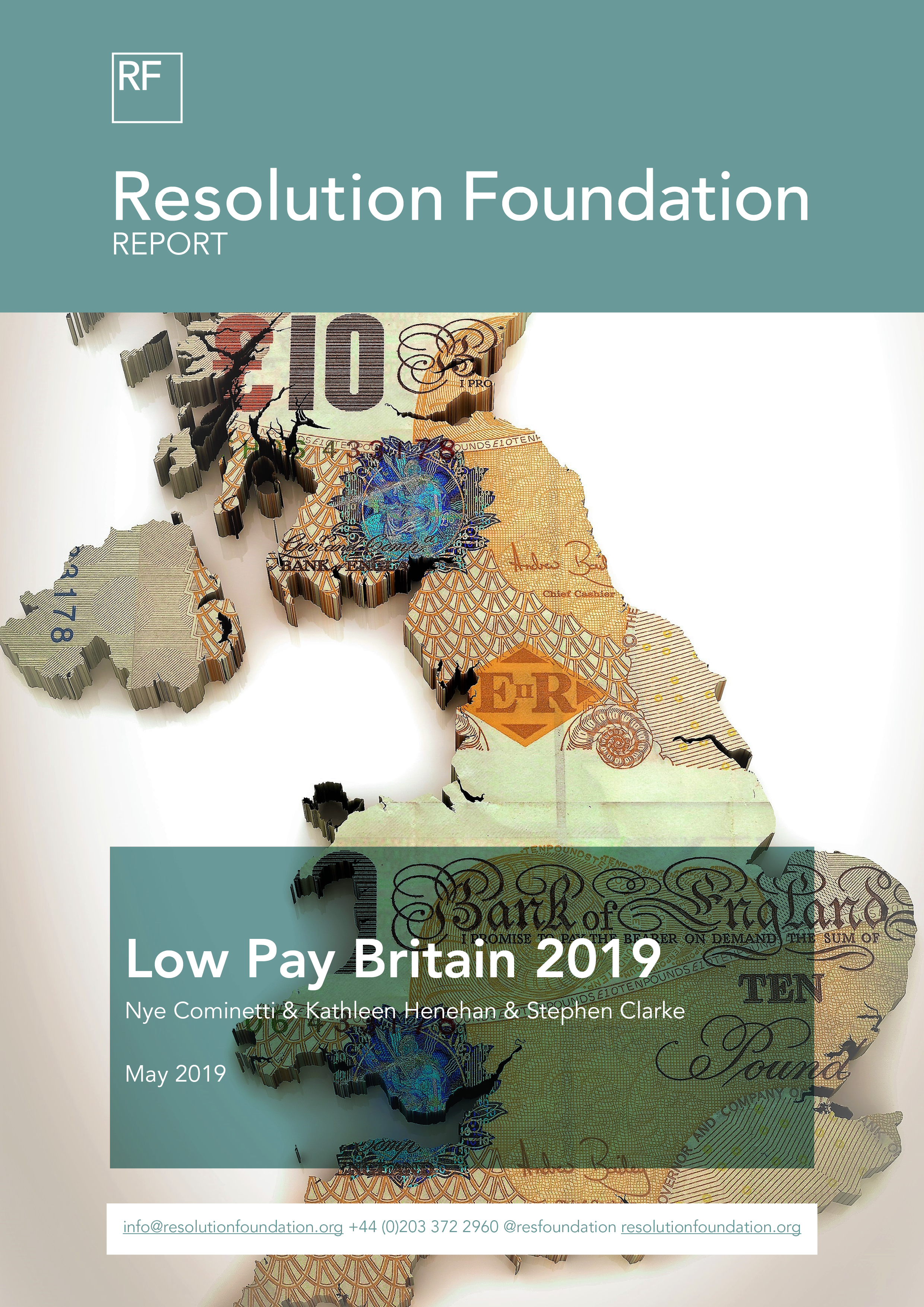 This is the ninth annual Resolution Foundation report on low pay. This year we focus on the minimum wage, for two reasons. The first is that it is driving big, welcome changes to our labour market. As the UK’s wage floor celebrates its 20th birthday, recent increases in its level have driven the first sustained reduction in low pay for four decades. Since the higher ‘National Living Wage’ (NLW) was introduced for those aged 25 and over in 2016, the percentage of employees in low pay (paid less than two thirds of median hourly pay) has fallen from 20.7 per cent in 2015 to 17.1 per cent in 2018.

The second reason is that the minimum wage is at a crossroads, with an uncertain future. The five year uprating period instituted in 2016 comes to an end next year, and policy makers need to decide where to take it next. The Chancellor and the Labour Party have both announced ambitious plans for its future, either of which would result in the UK having one of the highest minimum wage rates in the world. In this report we offer a framework for how to marry such (welcome) ambition with caution given that we do not know where the optimal level of the wage floor lies. We focus more on the journey, rather than the ultimate destination – how fast to boost wages for the lowest earners while managing the inevitable risks to employment.