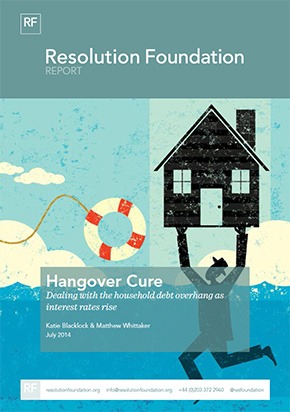 The UK is entering a period in which interest rates are expected to start rising again – with the first moves potentially coming later this year – having insufficiently dealt with the debt overhang. This leaves the UK economy vulnerable to even modest increases in interest rates.

Deconstructing the debt overhang will not be costless, but it is in everyone’s interests – borrowers, lenders, government and taxpayers alike – to adopt a pro-active measured approach rather than simply allowing it to collapse. We favour an orderly and managed dismantling of the debt overhang.

Our modelling suggests that even a relatively benign unwinding of today’s emergency interest rate position allied with anticipated growth in household incomes has the potential to roughly double the number of households facing some form of repayment problem by 2018:

We favour an orderly and managed dismantling of the debt overhang that covers three broad, and complimentary, courses of action: