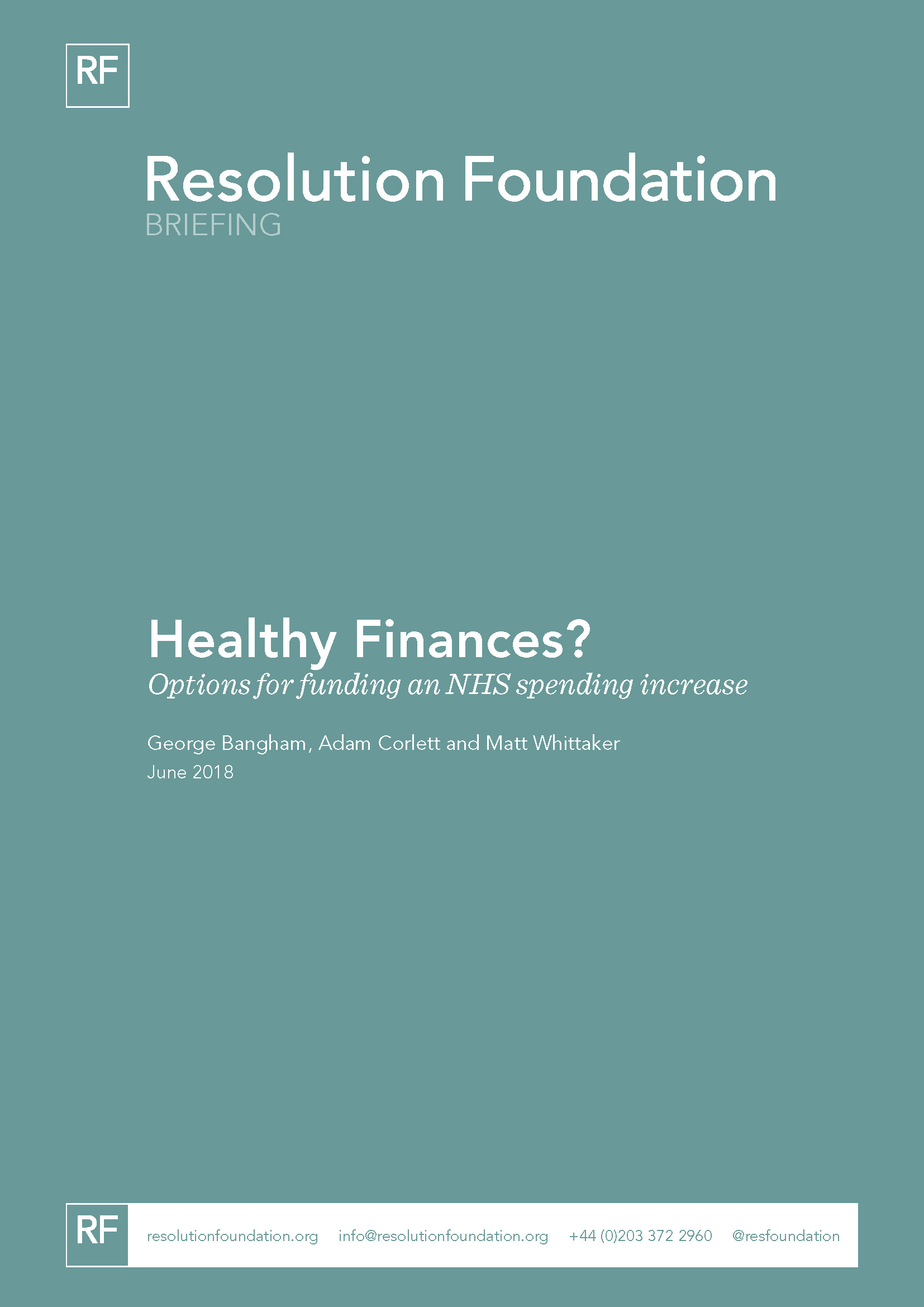 The National Health Service will turn 70 on 5 July 2018, but public concern about its condition is at its highest since the early 2000s. This mirrors notable declines in many performance measures over recent years, which have taken place against a backdrop of historically low rises in NHS spending. And looking ahead, funding pressures will rise further as the population ages and health care costs rise. This paper looks at the scale of any additional NHS spending the government might announce in the near future and broad approaches that could be taken to meet those costs.

A return to real increases of 3-4 per cent a year from 2019-20 would require new funding of the order of £20 billion in 2022-23. The government will likely deliver this partly by utilising the headroom the Chancellor has against his fiscal targets to increase borrowing. But tax rises appear inevitable too if the government wishes to return to historically normal NHS spending increases. We recommend the government avoid a repeat of the 2003 funding of additional NHS spending via a National Insurance rise, and instead consult on wider tax rise options over the summer. This report assesses the main choices the Chancellor is likely to face.