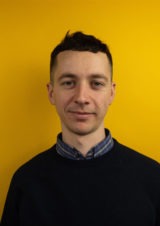 The North-South divide is a theme often used by – and against – politicians to highlight inequality in the UK, and election time is no exception. But this divide has evolved over time, and is by no means the only geographical divide in the country.   The big economic divide Productivity – or how efficiently … Continued

Today’s labour market stats has bought good news in terms of both jobs and pay. Employment remains at a record high and unemployment at a 40 year low. But what really stands out in today’s figures is real wage growth. This has finally returned to pre-referendum levels providing a long awaited boost to real earnings … Continued

Afternoon all, It’s an historic day today. Lots of people were planning a party/wake. Big ones. But things have got derailed. No-one can agree on what to celebrate/mourn – or even when to celebrate/mourn it. There’s a serious danger no-one gets a party at all tonight. But don’t worry – TOTC is here to turn … Continued

We’re now a decade on from the Great Recession where the UK’s labour market took a turn for the worse. Back in 2009, we were panicking that unemployment could hit over three million. Today, we’re celebrating the highest employment rate – at 76.1 per cent – since World War II, while unemployment is also at … Continued