Taxes are going up, in large part due to big policy choices like the upcoming rise in the Corporation Tax rate and the prolonged freezing of various tax thresholds. Yet it’s always possible that further tax rises will be needed sooner or later, perhaps to support struggling public services, or to raise funds to allow … Continued

The Prime Minister and Chancellor made huge policy decisions this week, raising taxes to spend more on the NHS and protect the assets of those facing high social care costs. But the tsunami of announcements can also hide the biggest decisions they’ve taken: to bury the idea of low tax conservatism but resurrect, after a … Continued

Multi-tasking can be hard. Ask any parent that survived lockdown by combining work with something resembling home schooling. But it’s also a fact of life, so the trick is to manage multiple objectives well, not wish them away. This is true for people and our Government. Indeed, fiscal multi-tasking is what the 2020s are all … Continued

During the EU referendum, one of Vote Leave’s promises was that “fuel bills will be lower for everyone”. Specifically, Boris Johnson and others argued that: “In 1993, VAT on household energy bills was imposed. This makes gas and electricity much more expensive. EU rules mean we cannot take VAT off those bills. The least wealthy … Continued

Politics is about answering the question the country is asking at that time, and in that place. Context matters. This fact seems to have escaped the notice of a number of candidates in the rather crowded field to be the next Conservative leader, judging by the single focus of many of their big ideas: massive … Continued

Eras of Britain’s political economy come and go. They ebb and flow, driven by political and economic cycles. Sometimes shifts are hard to see at the time, particularly when they are obscured by the political fog of war. Or Brexit, as it’s currently known. But noticed or not, the financial year starting this Saturday will mark the … Continued

Raising taxes is never easy. Raising taxes with the government’s slim parliamentary majority is harder still. Raising taxes on wealth in those circumstances, given our diverging senses of fairness is…  not a walk in the park. But that doesn’t mean it doesn’t need doing, and the good news is that significant progress can be made … Continued

How can a government with a tenuous majority, an intra-party feud and Brexit uncertainty find the money to ‘end austerity’ on top of more than £20 billion a year it has promised for the NHS? The safe bet is that it won’t find anywhere near all of it in the Budget. This can – like … Continued 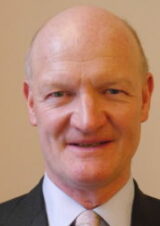 The main message that has united both main party conferences over the last fortnight is that the era of austerity is over. For Labour that means more spending on new things – from universal childcare to a mass programme of nationalisation. And for many Conservatives it means a return to what they love doing best … Continued

After eight years of freezes, it had started to look like successive governments’ cancellation of the annual RPI-linked uprating of fuel duty had run out of road. After all, it’s already costing the government around £9 billion a year, and that cost will grow with each passing year. But we now know that the Chancellor … Continued

The hunt is on for extra tax revenues. First came the announcement of an NHS funding boost, back in June. Now, the Chancellor has the harder task of working out where he will find the more than £20 billion required. Some is likely to come from higher borrowing, and better than expected public finance figures … Continued

We all know that parts of the tax system are very progressive – and this should be very apparent in the Autumn Statement when the Chancellor unveils perhaps £10 billion of tax rises that will target the wealthy. But wait, some say, when you factor in taxes such as VAT it’s actually poorer households that … Continued

Late last year in a PMQs exchange about tax, the Prime Minister said that “the top 1 per cent of earners in this country are paying 28 per cent of the tax burden” – “the highest percentage ever”. She’s not alone in saying this. As statistics go, this one is remarkably popular in newspapers, parliament … Continued

It takes something to be crowned Britain’s most hated tax – a bit like being the UK’s worst ever Eurovision entry – but that is the unwanted title held by inheritance tax. It doesn’t help that it’s a tax that’s unavoidably associated with the death of loved ones. And complexity is undoubtedly a problem too. … Continued

It’s an open secret that council tax is a dog’s dinner. It was conjured up in the early 1990s as a half-way house between the hated ‘poll tax’ and the old domestic rates system, meaning those in top-band properties have much lower tax rates than those in cheaper homes. In England and Scotland, it is … Continued

What is Britain’s most badly designed tax? A leading contender has to be council tax. It’s a tax based on 27 year old house valuations, but this isn’t even the biggest problem. Council tax would bear little relation to property values even if it were revalued. Typical council tax bills for the most expensive homes … Continued

Social democracy gave 20th Century Britain the welfare state. But in the 21st Century it’s wandered off for a long post-crisis snooze, just at the time when big challenges to that welfare state are looming into view. It’s time it woke up because, for a new generation of social democrats, there is work to do. … Continued

With the UK Budget imminent, it’s important not to forget proposals released in Scotland earlier this month. These could lead to increases in income tax rates as soon as April, intended to protect public services and benefits in Scotland. This would be a departure from the usual direction of travel in the UK: there has … Continued

British politics is odd these days. But even by current standards something very unusual looks set to happen in next week’s Budget. A basic rule of British politics is that tax rises tend to happen soon after a general election, with the Chancellor betting that we’ll all have forgotten about them when the next election … Continued

Today we got sight of the Conservative Party’s Theresa May’s manifesto. Just two short years since the last Tory manifesto was presented to the British public, this 2017 offering is a very different beast. The personality shift is all too obvious as Mayism well and truly buries the Cameron/Osborne era of combining rhetorical focus on … Continued

Something unusual is happening in this general election campaign. Everyone is talking about raising taxes. Last Sunday Theresa May told Britain she wouldn’t be repeating David Cameron’s mistake of ruling out ever raising any of National Insurance, income tax or VAT. Before that Labour’s Shadow Chancellor, John McDonnell, had hinted that people earning over £70-£80,000 … Continued

The arrival of April heralds a new financial year, but one that doesn’t bring with it the usual inflation-linked increases in tax thresholds and benefit rates. The former are set to rise faster than inflation – providing a tax cut for those earning more than £11,100 – while the latter continue to be frozen in … Continued

U-turns are a staple of politics, in all but the most honeymoon phases of governments. But the Chancellor’s U-turn on his Budget plan to raise National Insurance for the self-employed is a very unusual one, combining as it does a very firm defence of the need for the policy with the decision to scrap it. … Continued 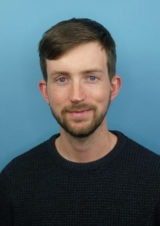 Here’s proof that a small and sensible National Insurance rise for the self-employed is not the real strivers tax in three charts. Conservative backbenchers and some newspapers are outraged by the Chancellor’s announcement this week that self-employed National Insurance contributions (NICs) are going up.  Broken manifesto pledges and headlines about men in white vans adds … Continued

Raising taxes is hard for Chancellors to do. That shouldn’t be a surprise; saints aside, most human beings would rather not have less cash in their pocket. But that can’t be the end of any discussion on tax, unless you’d rather not have any schools, roads or the NHS. That’s why it’s time to put … Continued