In Britain two crises are unfolding in parallel, while policy makers strive to keep count. On the first – the public health crisis – they are all too aware how many people are losing their lives due to the virus. On the second crisis – the economic one – the data is more limited, whether … Continued 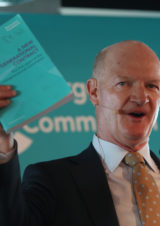 We often find it harder to celebrate policy successes than decry policy failures. So you might have missed a policy success which we are marking this week. We are about to have completed the successful initial rolling-out of automatic enrolment into occupational pension saving. Millions of employees will enjoy higher living standards in retirement as … Continued

Straightforward policy successes are a rare achievement in government and need celebrating when they arrive, lest we forget that policy matters. The recent sizeable gains the UK has made on private pension saving as a result of the introduction of auto-enrolment are therefore a clear cause for cheer. But challenges remain, starting with the increase … Continued

We hear a lot about good policy plans gone wrong (Universal Credit springs to mind) for obvious reasons. But we ought to listen (and learn) from successes too. Auto-enrolment into workplace pension savings is the obvious candidate for this cheery policy tale, though the story has only just begun. Over nine million have signed up … Continued

At the end of last week, the ONS published the latest future projections showing its best estimate of how long we can expect to live. We don’t automatically associate our living standards with factors like health or how many years of life we may have. But just like income, life expectancy is an important indicator … Continued

When we worry about the pay of workers today, two groups often stand out as being hard hit – the young and the precariously employed, particularly self-employed workers that often work in the so-called gig economy. Concern for these groups stretches beyond the present. After all, low pay and a lack of saving makes it … Continued

In the build-up to the Budget, the Chancellor backed away from significant changes to the pension tax system for now, despite the strong case for some reform. This was a relief for some and a disappointment for others. But given that he had aimed to save money, it’s a surprise that he’s nonetheless introduced a … Continued 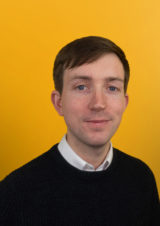 ‘Support for savers’ was meant to be one of the key Budget themes. Until recently it seemed likely that the Chancellor would be announcing a radical shake-up of pension saving. But in the face of fierce of opposition from industry, the media and many backbench MPs, the Treasury has now ruled out any changes to … Continued

We’ve known for some time that George Osborne wants to make radical changes to how the UK’s tax system encourages people to save for their pension. Yet we’ve now learnt that his preferred change is not going to happen. Here’s why he was right to agitate for reform (even if not for the particular change he … Continued