This year is not being kind to the reputation of Britain’s institutions. Two months in, the police are already questioning the country’s elected — and unelected — leaders. But the cost-of-living catastrophe that will dominate 2022 will turn the heat on to our economic institutions. They are unlikely to emerge unscathed. Prices rose 5.5 per … Continued

A cost of living catastrophe is what British families are facing in early 2022. The government has been understandably focused on Omicron but has woken up to this crisis, and is now discussing policy action to address it. But there is no magic bullet. What’s worse, this comes on the back of a decade of … Continued

We are heading into a cost-of-living crunch this autumn, with low and middle-income Britain facing the tightest squeeze as bills rise and Universal Credit is cut. Crises often build slowly then hit fast — and that is exactly what has been happening here, as the difficulties of reopening an economy after a pandemic shutdown hit … Continued 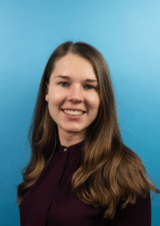 Britain’s jobs crisis is concentrated in low-paying sectors like hospitality, retail, arts and leisure that have been hardest hit by lockdown and ongoing social distancing measures. In 2019, 32 per cent of 18-29-year-old employees worked in these sectors. But those who tend to spend the greatest proportion of their disposable income on these more pleasurable … Continued 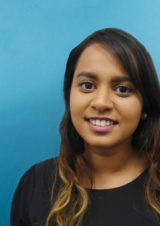 Last week the Office for National Statistics (ONS) published its annual rundown of how UK households spent their money. These statistics provide the most detailed and direct insight into current living standards, and with a coronavirus-driven economic crisis in the making, they also give us a guide as to how we might expect things to … Continued

During the EU referendum, one of Vote Leave’s promises was that “fuel bills will be lower for everyone”. Specifically, Boris Johnson and others argued that: “In 1993, VAT on household energy bills was imposed. This makes gas and electricity much more expensive. EU rules mean we cannot take VAT off those bills. The least wealthy … Continued

When economists and policy makers talk about living standards they think in terms of real (equivalised) household disposable incomes (before or after housing costs). This is a good approach to take, but it’s not how most people think.  A more common way is to think about how much money you have to spend on goods … Continued

Yesterday the Office for National Statistics (ONS) published its annual rundown of what UK households spend their money on. Quite a bit of the ONS’s analysis focused on who spends most on takeaways. But given household consumption is perhaps the most detailed and direct window on current living standards, there’s plenty more of interest in … Continued

In these ‘post-expert’ times, it’s worth remembering that good policy rests on good evidence. Our fiscal and monetary institutions don’t just set policy with reference to economic theory, but in relation to what’s going on in the economy. So – as we heard earlier this week – when history gets re-written in a way that … Continued

We all know that parts of the tax system are very progressive – and this should be very apparent in the Autumn Statement when the Chancellor unveils perhaps £10 billion of tax rises that will target the wealthy. But wait, some say, when you factor in taxes such as VAT it’s actually poorer households that … Continued 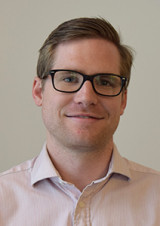 Todays’ annual Family Spending release contains the usual treasure trove of information on what UK households spent their money on last year. Households spent a lot. Average weekly spending rose (after adjusting for inflation) by 4 per cent from £533 to £554 between 2015-16 and 2016-17 – the sharpest increase for well over a decade … Continued

Love it or loathe it, the long shadow of Brexit is set to dominate our political weather for some considerable time to come. With good reason of course. The long-term impact remains uncertain, but we can be sure it will be significant. And in the near-term, there’s no denying that the referendum result is at … Continued

The story of the last 12 months is that inflation has risen rapidly and eroded people’s living standards. From 0.8 per cent in June 2016 inflation is now 2.6 per cent. Despite the small welcome fall last month current projections suggest it will remain around this level for the rest of the year. The rise … Continued

Today’s annual Family Spending release contains the usual wealth of useful information on household spending patterns. It shows that overall spending was largely unchanged in 2015-16 (at £529 a week) relative to the previous year, once inflation is accounted for. Indeed, having fallen slightly from 2006 and then increased gently after 2012, average household spending is little … Continued

Consumer borrowing is increasing at its fastest rate in 11 years. As the chart below shows, outstanding debts (excluding mortgages and student loans) rose by 10.8 per cent in November 2016 – faster than any time since October 2005. This surge has inevitably prompted concerns that the UK is heading back down the path of … Continued

Since taking office in July, Theresa May has made it clear that she wants to put the ‘just about managing’ – those working families struggling to get by – at the heart of her government’s agenda. Yet Wednesday’s Autumn Statement, which provided the first opportunity for setting out a package of support, proved less jam-packed … Continued

Business are worried about Brexit, but consumers haven’t got the memo. That’s the state of play from the limited evidence that has emerged since the vote on 23 June. In the short term firms and people can have different views about its impact. But, just as in the long run we are all dead, so … Continued

The issue of living standards has – rightly – risen up the agenda in recent years, following the unprecedented six year-pay squeeze and severe hit to household incomes in the years after the financial crisis of 2008. Yet too little attention is given to the other side of the living standards equation: the cost of … Continued