Yesterday started with a bleak assessment by the Child Poverty Action Group of the impact of ongoing welfare cuts – specifically how the two-child limit on support, which began to be implemented in 2017, is set to push 300,000 children into poverty. But there was better news for Scottish parents later in the day, as … Continued

With the UK Budget imminent, it’s important not to forget proposals released in Scotland earlier this month. These could lead to increases in income tax rates as soon as April, intended to protect public services and benefits in Scotland. This would be a departure from the usual direction of travel in the UK: there has … Continued

Imagine two economies. One has just announced strong economic growth, well ahead of the UK. Over time it’s become more productive relative to the UK and unemployment is as low as it’s been for decades. Then imagine another, in which GDP fell two quarters ago sparking fears of recession. In contrast to record employment across … Continued

Scotland’s been something of the odd-man-out lately. Missing out on Euro 2016 was bad enough but today’s latest labour market figures confirm that Scotland’s jobs market continues to under-perform compared to the rest of the UK. The turnaround has been rapid. As recently as October 2015, the Scottish employment rate was 74.8 per cent – … Continued

‎Scottish Labour has a tax policy – specifically a tax raising policy.‎ That’s a big change, whether you support it or not. In the decade and a half since devolution it is the first time the party will go into a Scottish Parliamentary election with proposals to change income tax. The proposal is to raise … Continued

The living standards challenge facing the next Scottish government This morning’s labour market statistics marked a milestone for Scotland: its employment rate has overtaken its pre-recession level, rising to 74.9 per cent. This is a welcome landmark in the recovery. But coming as it does, 15 months after England closed its ‘jobs gap’, also highlights … Continued

Right across Britain the last decade has been tough for family budgets. But for everyone apart from the very richest Scotland has been a relatively good place to be. At least when it comes to pay. In 2004 typical hourly pay in Scotland was 7.7 per cent lower than in England. This was the longstanding … Continued

The first week back at work after the new year is no one’s favourite, with the brighter, better spring weather still a long way off. But this year, thousands of low-paid workers across Scotland have even more cause to be impatient for the end of winter. From April, thanks to the National Living Wage (NLW) … Continued

Scotland’s Commission on Local Tax Reform has today released its report – recommending the abolition and replacement of the current council tax system. Few would argue that council tax in its current form is particularly sensible or fair, so what happens next ahead of Scotland’s May elections should be of interest far beyond Holyrood. The … Continued 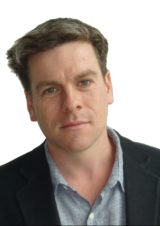 Nicola Sturgeon gave a widely trailed speech in London earlier this week majoring on the SNP’s opposition to what she said was a ‘cosy consensus’ in Westminster on austerity. In providing a few new bits of information on the SNP’s view on public spending it helped fit another piece in the jigsaw that is the … Continued